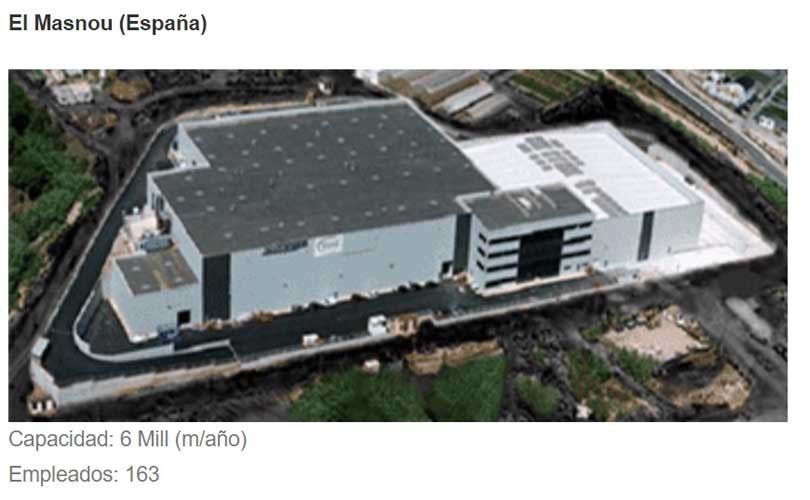 Spanish textile company Dogi has become the first company in the fashion and apparel industry to leave Catalonia after the unleashing of an unprecedented institutional crisis on October 1st.

After a few days of increasing tension, Dogi International Fabrics announced last Thursday that it had begun the process to move its registered office to Madrid, joining other companies that have adopted a similar decision in the face of the institutional crisis in Catalonia.

The company founded by the Domènech family communicated to Spanish market regulator (CNMV), its decision to move its headquarters to Madrid. The choice, according to the statement, had been adopted at an extraordinary meeting of its board of directors "in order to optimize our operations and the relationship with investors."

"We hereby inform you that, in order to optimise our operations and the relationship with investors, the Board of Directors of the Company has met today in extraordinary session and has agreed to initiate the necessary procedures to transfer the registered office of the Company Sociedad a Madrid ", explains the company in its communication to the CNMV.

It should be noted that the textile has its main factory in the town of Masnou, Barcelona, where it has 163 employees. The company headed by Eduardo Navarro also has another factory in the city of Greensboro, North Carolina (USA) employing 169 staff.

Dogi reported losses of 192,000 euros in the first half of 2017, with a turnover of 33.3 million euros. The figures indicate an increase of 61.3 percent compared to the 20.6 million euros invoiced during the previous year. Gross operating profit or EBITDA stood at 1.76 million euros.

The company is currently implementing a strategic plan whose final objective is to create a "relevant" textile group with a turnover of more than 200 million euros in 2020, recalls 'La Vanguardia'.

It specialises in the manufacture of elastic fabric of high added value for the high-end segments of intimate, swimwear and sportswear.