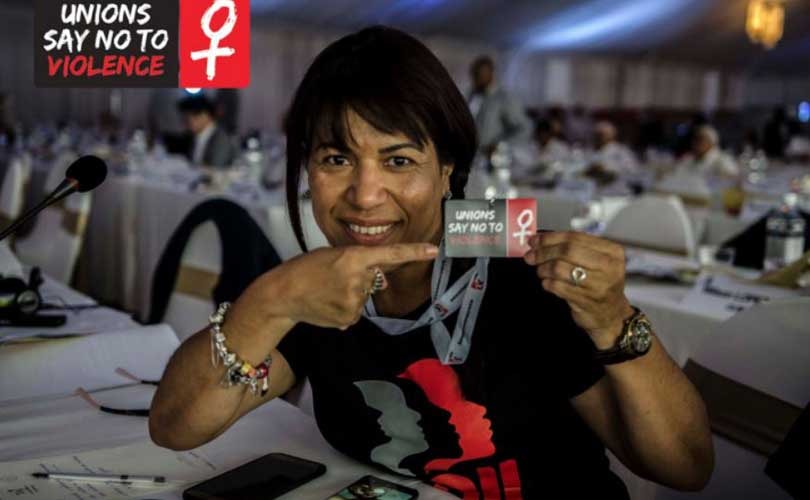 IndustriALL starts campaign to counter violence against women in the workplace

Violence against women in the workplace is real and happens every day and everywhere - in factories, offices and on the shop floor. It takes many forms – from verbal harassment to physical and sexual abuse. All forms of violence are unacceptable, which is why global union federation IndustriALL has started a campaign to combat violence against women in the workplace.

On Tuesday, 7th November 2017, the IndustriALL Women Committee met in Colombo, Sri Lanka and reinforced its support for a campaign to fight against violence and harassment against women in the workplace. To highlight the issue, it calls on unions to take a stand against all forms of violence in the workplace under the slogan “unions say no to violence”. 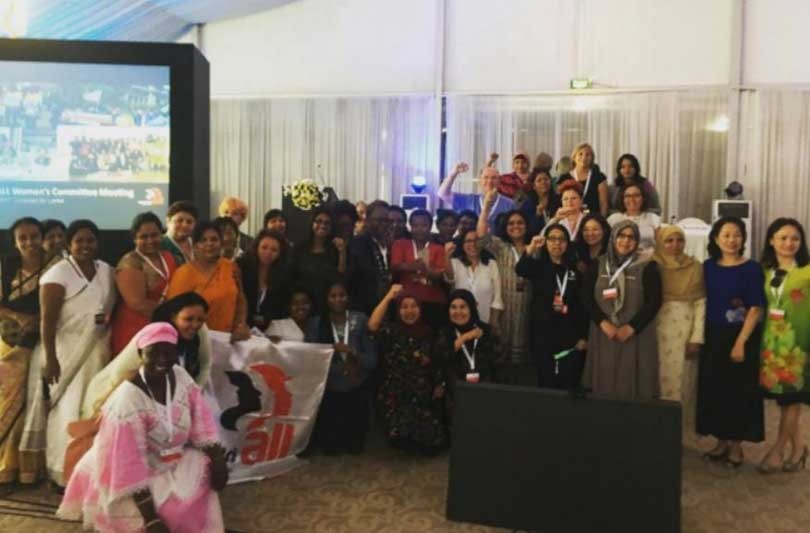 “How can we think of reaching gender equality without eliminating violence against women which stands in the way of gender equality?”, asked Michele O’Neil, the IndustriALL Women Committee's co-chair, adding that the fight against violence is hard work and will not change overnight. “But I have confidence that if IndustriALL and its affiliates take this fight seriously, we will bring about change.”

Women’s Committee co-chair Monica Voloso reinforced the importance of the campaign reaching all affiliates all over the world to bring a change that guarantees women safe places to work. “The campaign against violence against women is strengthened with the global support of IndustriALL. If all unions involved say NO to violence, we have powerful allies in the fight against violence.”

The campaign will include mobilisations on 25th November 2017, on 8th March 2018 for International Women's Day and around the International Labour Conference in June 2018. There will also be an ongoing collection of information and exposure of violence against women in IndustriALL’s sectors.

The Women’s Committee supports a comprehensive ILO Convention, supplemented by a Recommendation, with a strong focus on gender-based violence. However, with only 38 out of 187 of ILO’s member states in favour of such a convention, it risks being a non-binding recommendation. Thus, the Women’s Committee highlighted the importance for unions to take action and lobby their governments to support the adoption of a Convention.

The overall objective of IndustriALL’s work on women is to increase participation and representation in IndustriALL and its affiliates and to promote, advance and protect women’s rights and equality. This is done through integrating women work in all sectors, networks, regional and project work and through addressing participation and representation.

In 2018, the work will focus on the male-dominated sectors of mining, base metals, materials and energy, and on developing action plans to address women's issues in unions and companies in those sectors. Achieving the 40 percent target for women’s representation in IndustriALL structures is a priority for the Women’s Committee. In IndustriALL’s youth work, targets are set higher, at 50 percent, presenting equality as a fact and not a goal.