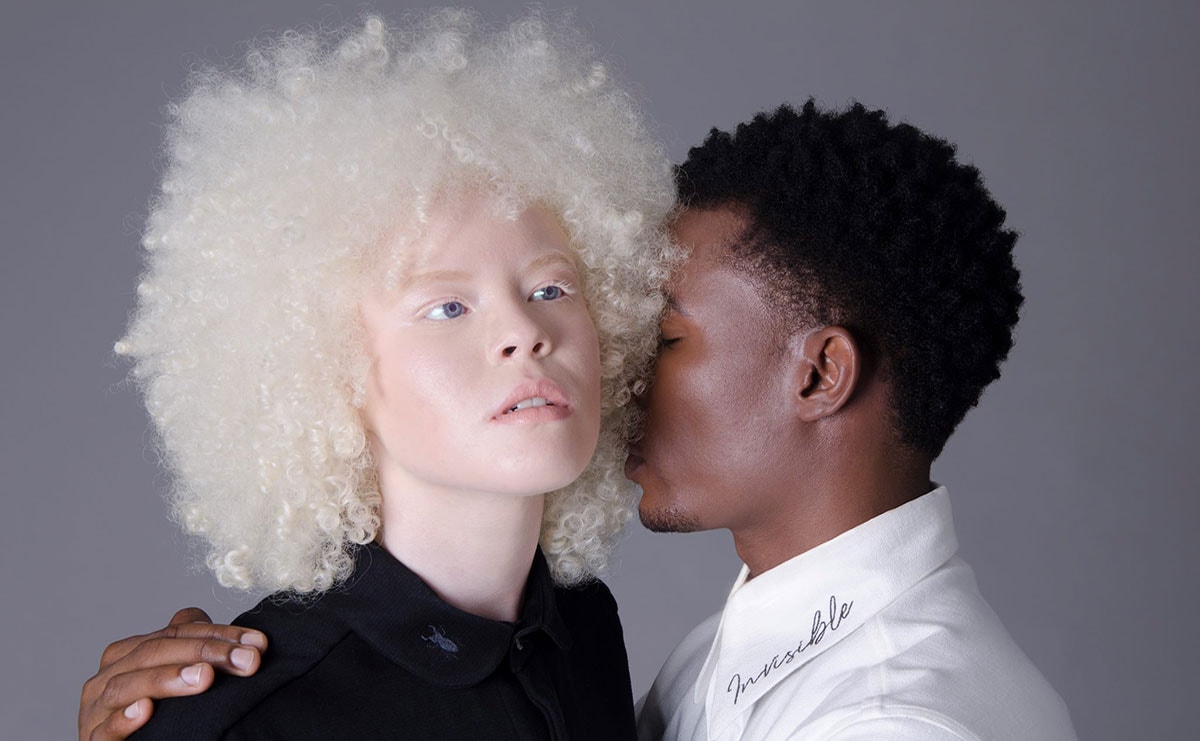 You don’t necessarily need a fashion degree or previous fashion experience to start a fashion label as bachelor degrees are no longer a guarantee of success in the industry: self-taught talents can go just as far, if not further. Just look at Virgil Abloh, a graduated architect who currently serves as menswear designer at Louis Vuitton’s menswear division and as Creative Director for his own label, Off-White. Sure, it’s a lot easier to achieve such a level of success when you’re already friends with a famous rapper who also happens to own a fashion label. But that doesn’t mean having high profile connections is the only way for an outsider to enter and achieve success in the fashion industry.

Today, in our Global Fashion Stories series, FashionUnited speaks with interior designer turned fashion designer Isabel Rott. Two years ago, she founded Isaro, a Brazilian fashion label that is making headlines for its clean, minimalist style and its celebration of diversity. The e-commerce brand always features minorities such as albinos, refugees and transgender people in its campaigns. “We preach respect for everyone”, Rott explains.

About to launch Isaro’s third collection as well as a collaborative capsule with Brazilian TV actor Bruno Fagundes, Rott shares the challenges she faced when starting her company, how she dealt with a wave of negative comments on social media and why she decided to tweak Isaro’s digital strategy in 2019. In short, Rott is the proof that becoming a fashion entrepreneur without previous fashion experience isn’t easy, but it isn’t impossible either. 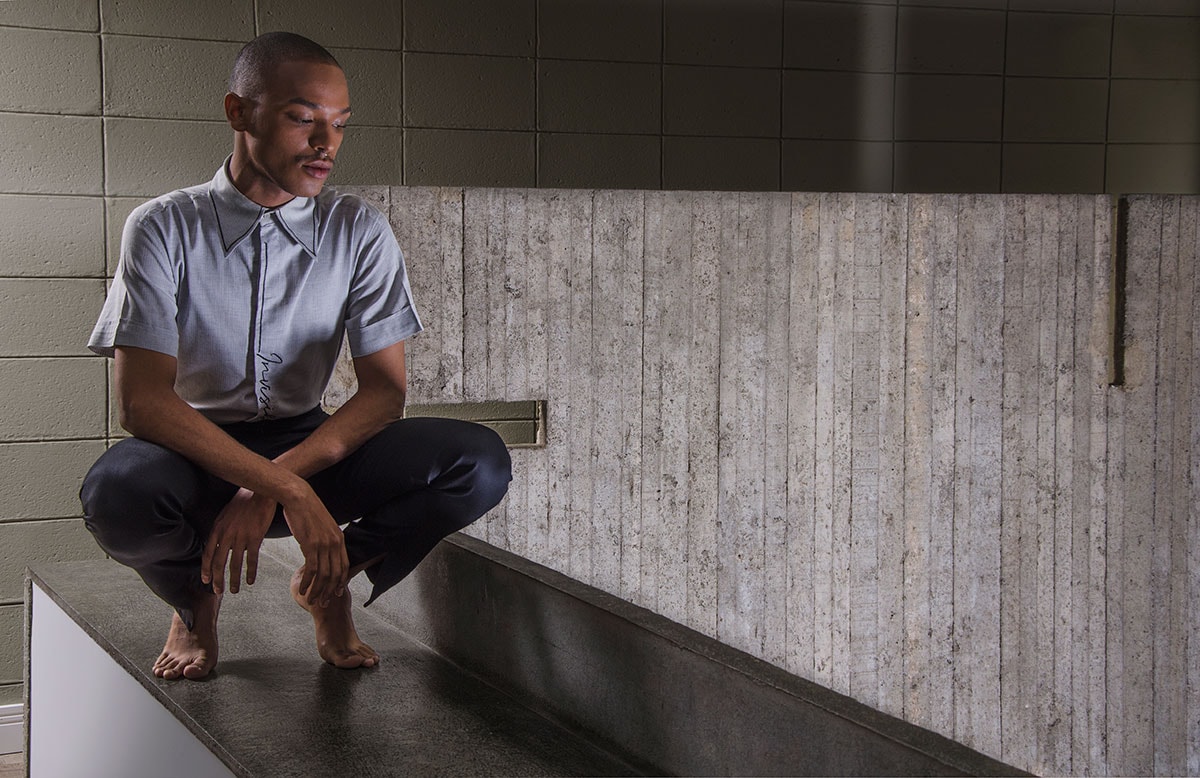 Can you tell us a little bit about yourself and how you founded Isaro?

I’m half Brazilian and half German. My parents are from Cologne but I was raised in Brazil my whole life. About eight years ago I decided to move to Cologne. I spent about four and a half years there then moved to Brazil again three and a half years ago. While living in Germany, a friend of mine invited me to start a streetwear brand with him. He thought I had a good sense of aesthetics and enough knowledge of the fashion industry even though I didn’t have a fashion degree and had never worked in fashion before. We worked together on that brand for two years until I decided to move back to São Paulo.

After I moved back, I felt this emptiness inside. I missed working in fashion so much, I really fell in love with it. As an interior designer, I guess everything art-related inspires me. I have always been interested in fashion, I’d just never considered turning that passion into a career before. So, I decided to start a fashion label of my own in Brazil, something I identified with. A brand with my values.

What challenges have you faced working in fashion without a fashion degree or previous experience in the sector?

The biggest challenge is how others perceive you. People ask questions, you know? “Oh, so you’re not really a fashion designer?”. It’s hard to grow a brand to the point where you can say “no, I’m not, but I’m learning the craft every single day and I will continue to expand my knowledge as the brand grows”. The biggest challenge, without a doubt, is to be admired by the people who already work in this industry.

How did those questions make you feel?

I was a bit shy at first. Fashion is such a difficult environment. You have to stand out and you can go down overnight. This would really affect my self-esteem at first, but now I feel like I just pull it off. Yes, I do work in fashion. Yes, I am a fashion designer. I think my work speaks for itself now, I don’t have to justify myself anymore.

Let’s talk about Isaro and its business model. What’s the brand’s DNA like?

The brand is all about empowerment. Brazil is going through a complicated phase right now and I think it’s very important for brands to take a stand, no matter their segment. Of course there’s more to a brand than just advocacy, they still need to sell products and be profitable. Besides, people get tired of a brand if it’s constantly talking about the causes it believes in. But it is a great part of what we do. We just preach love and respect for everyone, no matter who they are or where they come from and we invite people to be open towards minorities. “Look, these people exist. Why do we never see them in fashion advertising? Why do we never see them on TV?”. It’s a way of teasing society in a way, but at the end of the day we just want people to feel empathy. 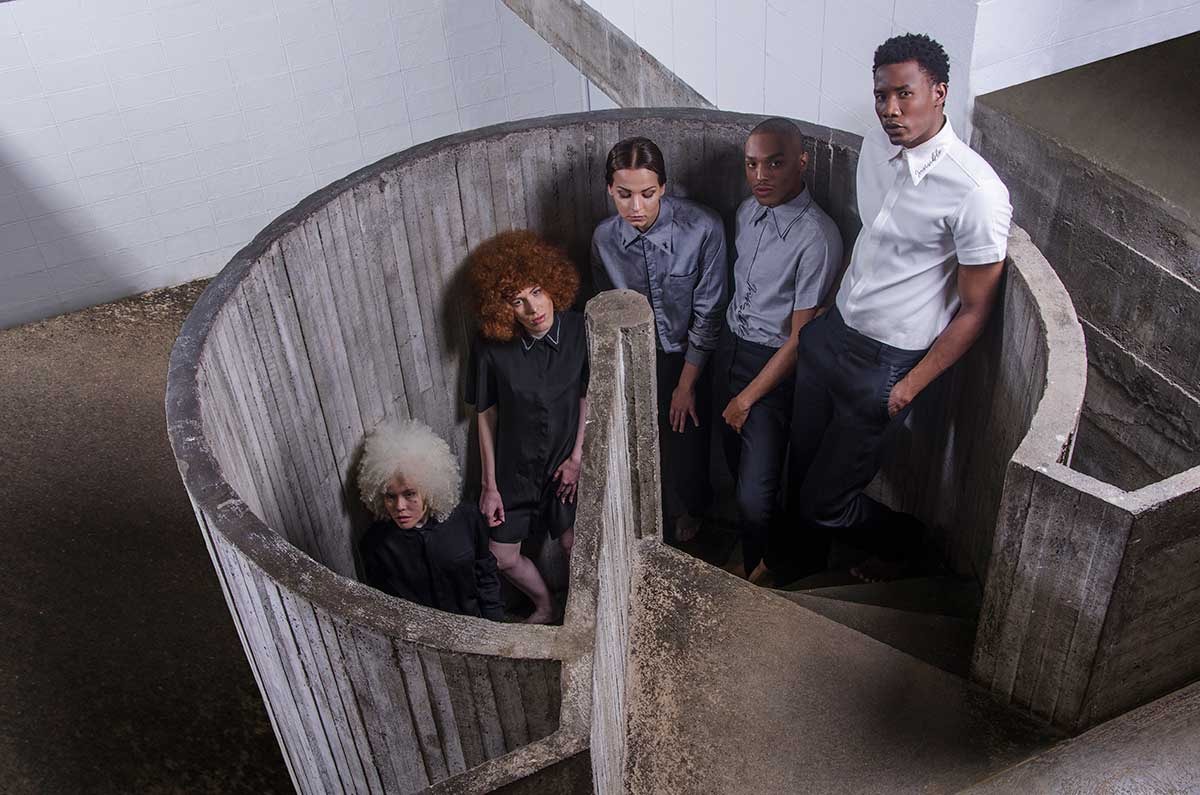 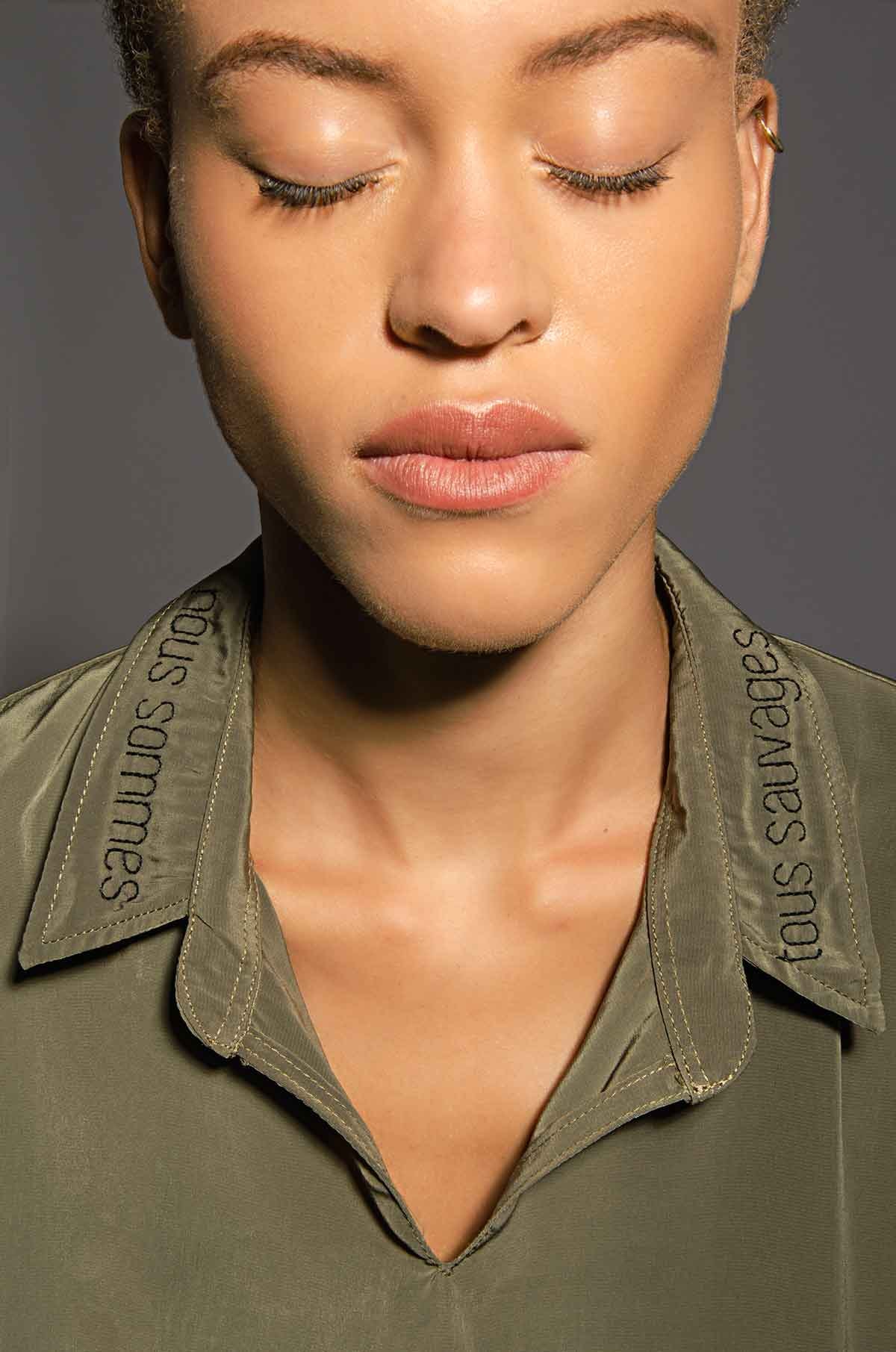 How are those values translated into clothes? How do they affect Isaro’s style?

Our clothes have a minimalist style as I love Scandinavian fashion. I think fashion nowadays is so out there, so over the top. Colors, messages, logos, silhouettes, it’s all too much. I don’t think everybody likes that or that it necessarily makes people feel good about themselves. I see so many women who dress up every morning, only to spend the rest of the day pulling shirts up and pulling skirts down, checking if everything is still in place. They don’t look like they’re comfortable in their own skin.

Isaro offers elegant clothing that makes you feel pretty and comfortable at the same time. You don’t have to constantly check if your belly is showing, if the buttons aren’t open. They’re timeless pieces that you’ll still wear two or three years from now. We always make sure to work with quality materials: 100 percent cotton, leather or linen, so that people can keep the items for longer. Finally, we’re against fast fashion, our pieces are produced in very limited quantities. Maybe that’s not the most profitable way to start a business, but I want Isaro to be recognized for the quality of its products, not for being ‘trendy’ and then people throw our clothes away after two months.

Brazilian news outlets often describe Isaro as a genderless brand. However, the label does sell women’s and men’s items.

We do offer pieces with a masculine or feminine silhouette, but in our campaigns you’ll see both men and women wearing the same items. Isaro is about freedom: if a man wants to wear one of our dresses, be my guest. Anything goes as long as it makes you feel good about yourself. 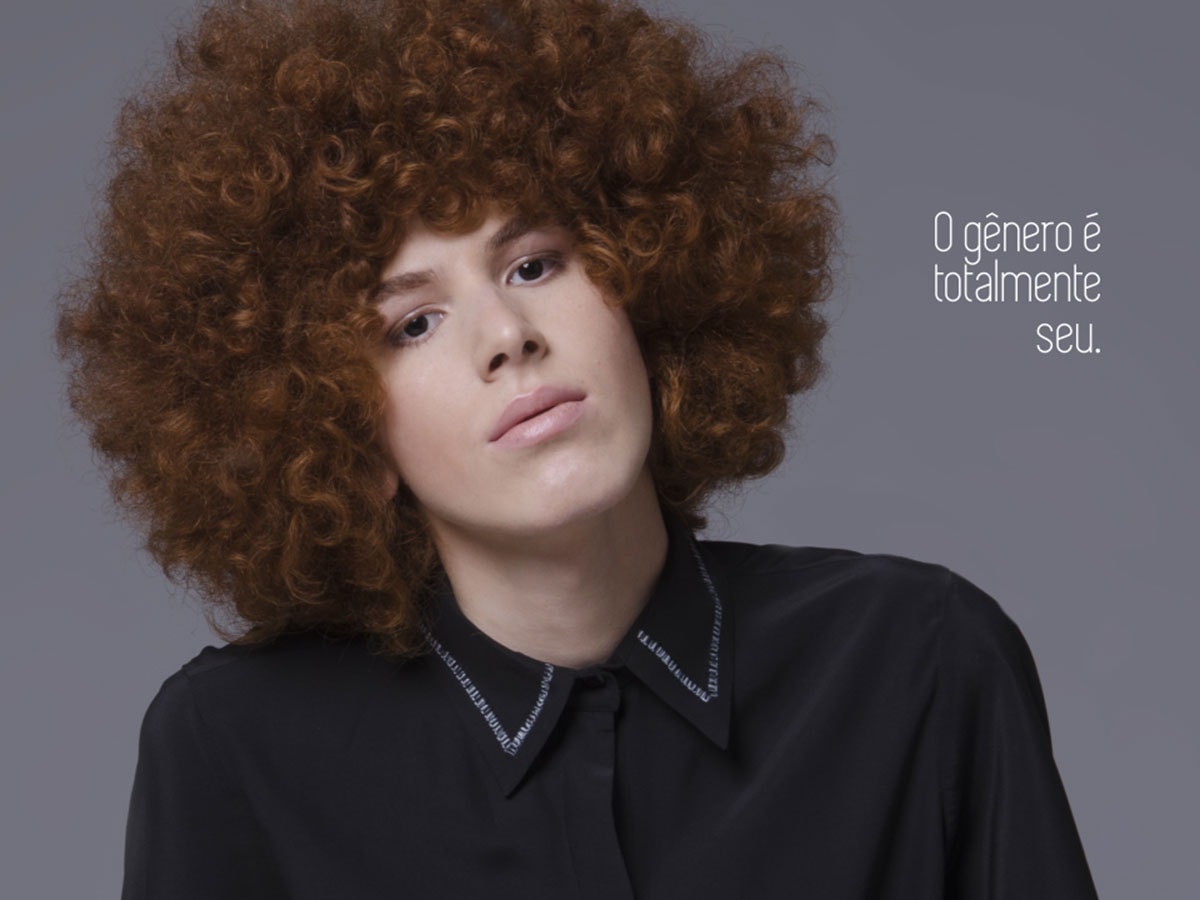 In what other ways do Isaro’s values appear in its branding?

We’re not the kind of brand that sells T-shirts with big slogans, for example. Our positioning has more to do with the people we choose to work with. The campaign for our last capsule collection had a “human” color palette, from an albino woman to a Senegalese refugee. We also featured two transgender people. None of them were professional models.

Our third collection, which is set to come out in late April, is inspired by the transgender flag and we’re only going to work with transgender models. Some of the shirts will have numbers embroidered. We won’t disclose what those numbers mean, but each one of them is related to statistics about the LGBTQ community in 2018. One of them, for example, is the number of LGBTQ people murdered in Brazil. We decided not to reveal what those numbers mean at first, we’ll only reveal it if the customer asks. Those embroideries will be made in collaboration with Trans Sol, a non-profit organization teaching sewing and embroidery to homeless transgender people so they can find a job in the garment industry.

You mentioned that Brazil is going through a tough period. The country has just elected a far-right president, Jair Bolsonaro, who made headlines around the world for his homophobic and sexist remarks. Has this conservative wave affected Isaro in any way?

We went through a wave of negative comments on Facebook and Instagram during the elections because we posted a picture with the hashtag #elenão [#nothim, the hashtag used by women to protest against Bolsonaro while he was still a presidential candidate]. That image was shared massively among forums and Facebook groups in favor of Bolsonaro. It was like wildfire. For three or four days, we received thousands and thousands of threatening messages. Even though I think they were just words, nobody would actually do anything against us, you can’t help but getting nervous. Thankfully, after those four days there was an even bigger wave of support which was very beautiful and filled me with hope. 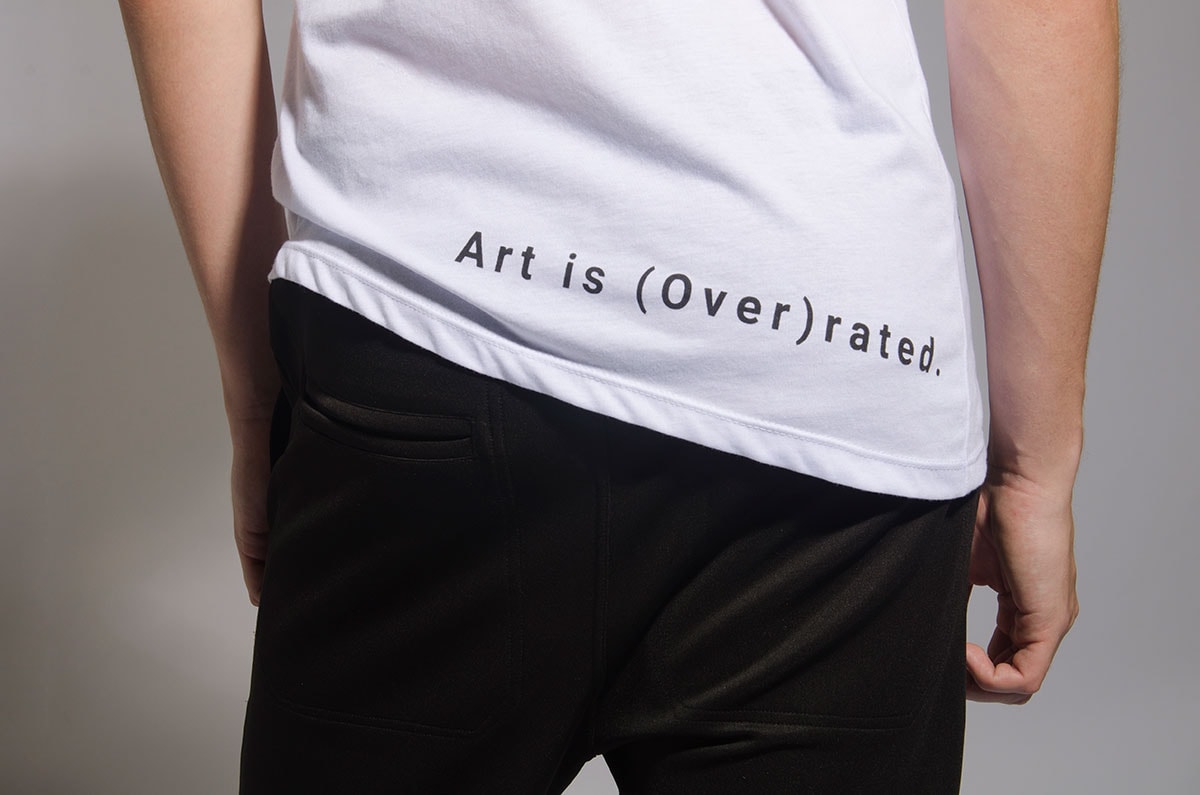 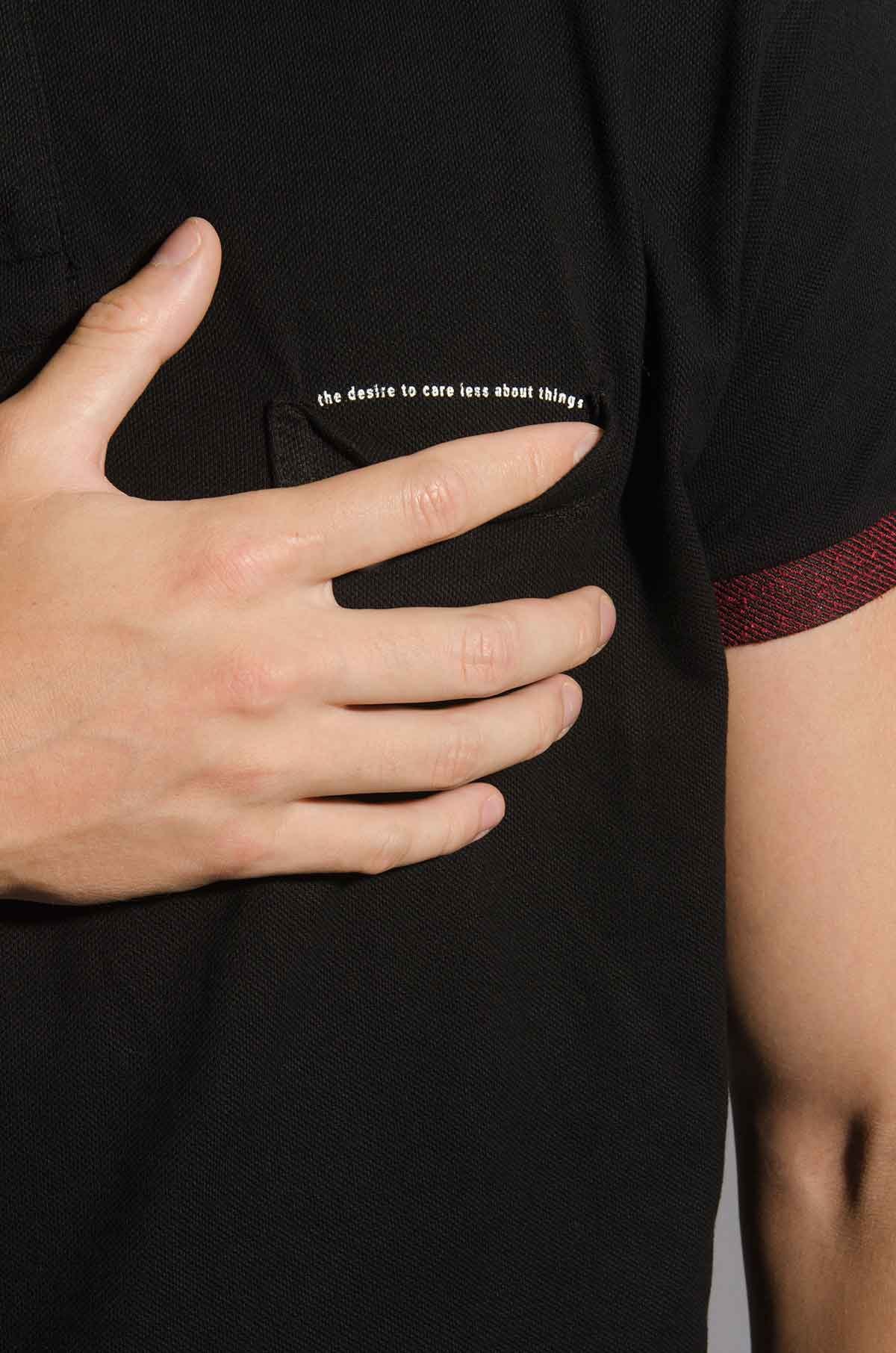 How are the sales going?

Isaro sells almost three times more offline than online, even though it’s a digital brand. I entertained the idea of opening a physical store earlier this year because when we take part in fashion fairs, events and pop-up stores, a lot of people tell us: “this is really high quality, now that I can see it and touch it, I’m convinced to buy it”. Since we’re a new brand and all items cost over 100 reals (around 25 US dollars or 19 pounds) people are a bit hesitant. But I decided not to open a store for now and focus on tweaking our digital strategy instead. Our website has a great amount of pageviews, we just have to work on improving the conversion rate. That’s why I hired a marketing agency to help take a good look at the analytics to better understand when visitors are leaving and how we can improve our website to make more sales: is it the checkout process? Is it the payment options? Should we include more pictures of the products?

How many people work at Isaro?

Full time? Just me. But there is a team of freelancers with whom I always work, including a photographer, a designer, a PR agency and a marketing agency. As for production, I decide who to work with depending on the collection. The first collection was made by a small factory in São Paulo’s Casa Verde neighborhood, while the second one was more focused on tailoring so I worked with a different company in Perdizes. Twenty people work there, of which five are tailors. The third collection will be made by the same factory as the first one.

We strive to be transparent about how our products are made. We show the factory on Instagram and now we even want to show the faces of some of the people working on the collection. I also want to show my face on social media a lot more, I intend to speak directly to our customers. Although I’m a shy person, I think this will make people trust the brand a lot more.

What are Isaro’s long term plans?

I definitely want to take the brand to Europe in three or four years, but I still don’t know where. I’m German but I don’t think Germany would be the best place to start. They’re not very fashion-forward there. So, I think we’d have to do some market research first. Despite all its problems, people still have a good perception of Brazil abroad, so I would really like to represent the country with a brand that doesn’t carry the Brazilian clichés of sun, beach and carnival. But that’s a long term plan. We need to grow in Brazil first.

Global Fashion Stories shares inspiring stories from fashion entrepreneurs around the world, as FashionUnited believes fashion professionals can inspire each other, no matter who they are or where they are.
interview brazil genderless fashion global fashion stories Isaro minimalist fashion