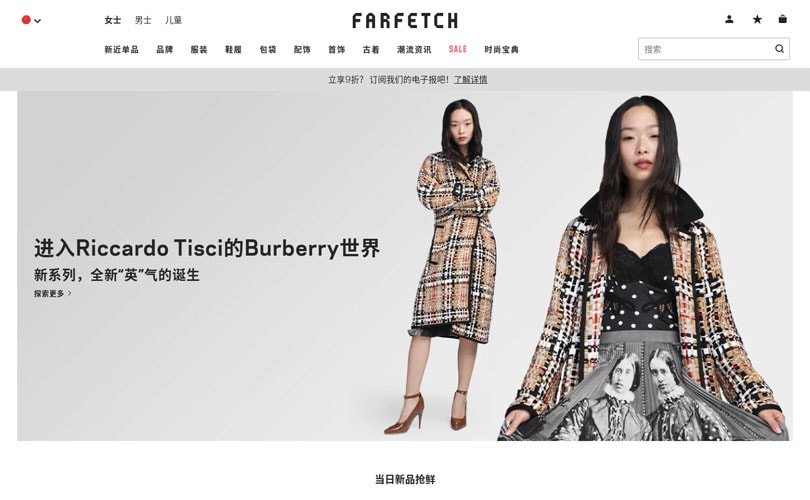 Toplife, the luxury e-commerce platform launched by Chinese online giant JD.com in 2017, is set to merge into Farfetch China, as part of a new partnership agreement between the two companies. In addition, products from over 3,000 luxury brands will be made available for JD.com’s 300 million app users, thanks to Farfetch’s network of 1,000 brand and boutique partners.

With these moves, the duo aims to build “the premier luxury gateway to China”, according to a joint statement. They are also probably looking to weaken Alibaba’s Luxury Pavillion page under Tmall. “We are delighted to build on our relationship with JD.com and bring to market an unrivalled solution for luxury brands to succeed in the Chinese market”, said José Neves, founder and CEO of Farfetch, in the statement. Jon Liao, Chief Strategy Officer at JD.com, added: “We are combining the best of global and local market expertise in the luxury segment”.

Farfetch and JD.com are close partners since 2017, when the British ecommerce company entered the Chinese market by leveraging JD.com’s logistics, technology and marketing capabilities in the country. At the time, JD.com became one of Farfetch’s largest stakeholders, investing 397 million US dollars in the company and adding its founder and CEO, Richard Liu, to Farfetch’s advisory board.

Farfetch’s interest in growing in China was confirmed once more last year, when the London-based firm acquired CuriosityChina, a marketing agency aimed at international players looking to enter the Chinese market or expand their reach among Chinese consumers. Commenting on the purchase, Neves said at the time that Farfetch is on a mission to become “the world’s leading platform for the luxury fashion industry”.

The news also comes just a few days after Farfetch announced a partnership with Harrods for a worldwide e-commerce platform and two months after the acquisition of sneaker and streetwear marketplace Stadium Goods for 250 million US dollars.

Farfetch will report its fourth-quarter earnings later today, when it is expected to announce it facilitated over 1 billion US dollars in sales. The company went public on the New York Stock Exhange in September. Since then, its shares have dropped nearly 20 percent over concerns regarding the US trade war against China.