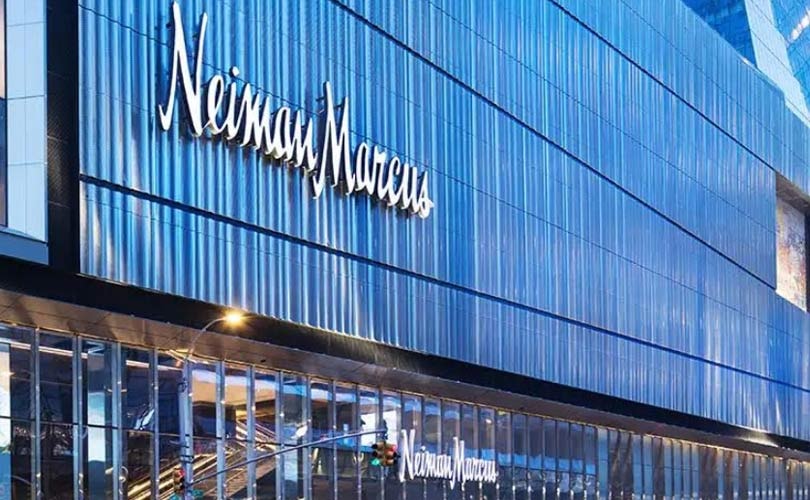 Losing Ken Downing as senior vice president and fashion director isn't the only adventure in Neiman Marcus Group land right now. The company has announced a transaction support agreement (“TSA”) with lenders representing more than 55 percent of the company’s term loan and holders of more than 60 percent of the company’s unsecured notes. The transactions contemplated by the TSA will extend the maturities of participating debt by 3 years, which will provide the company with significantly more runway to implement its transformation plan.

Key terms of the deal include the transactions contemplated by the TSA extending the maturities of participating debt to October 2023 for the term loans (subject to a ‘springing maturity date’ on July 16, 2021 in the event that more than 150 million dollars of unexchanged unsecured notes are not fully repaid, redeemed or extended beyond April 2024 prior to the ‘springing maturity date) and October 2024 for the unsecured notes.

The company will also be required to effect an amendment to the term loan in which participating term loan lenders will receive a 550 million dollar paydown at par, funded primarily with the company’s issuance of fully-committed new second lien notes; and enhanced credit protections, including an increase in interest rate and amortization, call protection, a substantial collateral package enhancement and more restrictive negative covenants.

Additional provisions include, an exchange offer in respect of the company’s 8 percent senior notes due 2021 and the 8.75 percent cash / 9.50 percent PIK toggle notes due 2021 in which participating unsecured noteholders will receive a combination of 250 million dollars of 10.00 percent non-voting cumulative preferred equity of a U.S. holding company (“MT Issuer”) of NMG Germany GmbH, which holds the entities through which MyTheresa’s business is conducted, and new third lien notes due 2024 with the same cash interest rates as the unsecured notes; a collateral package consisting primarily of a first lien security interest in 200 million dollars worth of currently unencumbered real estate (the “PropCo Assets”), a third lien security interest on the expanded term loan priority collateral, and a first lien security interest on 50 percent of the common equity of MT Issuer; and more restrictive negative covenants governing the new third lien notes.

The TSA also provides for a mutual release by the participating debt holders and the company of the participating debt holders (and any transferees of unsecured notes or term loans, as applicable) relating to, among other things, the transactions contemplated by the TSA, and designations of certain entities as “unrestricted” subsidiaries under the applicable debt documents and distributions of such entities. In particular, upon consummation of the transactions contemplated by the TSA, all claims related to the company’s distribution of MyTheresa will be resolved and the loan agreement and indentures will provide that non-participants will be precluded from bringing claims related thereto.

The company expects to commence the exchange offer in April

In a statement, Geoffroy van Raemdonck, chief executive officer of Neiman Marcus Group, said, “This transaction provides substantial value to our lenders and creates ample runway to execute on and complete Neiman Marcus Group’s transformation plan into a luxury customer platform. The commitments we have obtained for this transaction are a validation of our business and transformation strategy and our leadership team. We are appreciative of our lenders for their support and for the confidence they have put in our long-term success.”

Neiman Marcus Group has been in talks to overhaul their debt since last year. The company has a 2.8 billion dollar loan payment coming, and this deal will allow them the breathing room to continue their restructuring and give their creditors more power in the event the company's finances deteriorate too much. There is hope for the company as they still posted billion dollar revenues for last year, with fiscal fourth quarter revenues at 1.13 billion dollars according to Bloomberg.