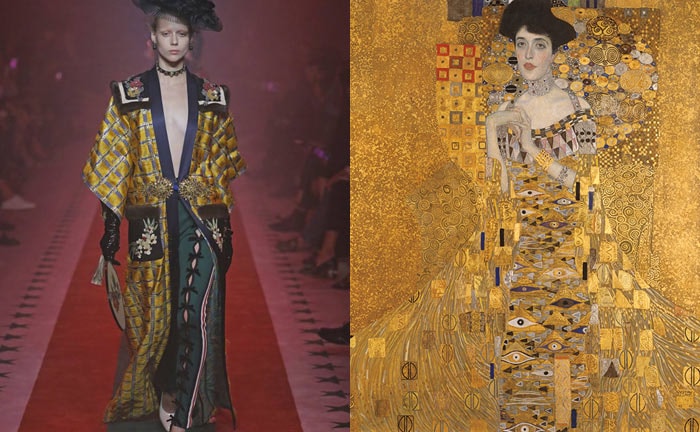 Have Yourself a Merry Little Klimtmas, Let Your Heart Be Light

“These invariably fashionable women were formidable characters and role models for the emerging archetype of the New Woman” states the brochure accompanying the Neue Galerie’s exhibit “Klimt and the Women of Vienna’s Golden Age 1900 -1918.”

Here we are as in olden days, happy golden days of yore

This holiday season women across this nation are still reeling from the recent blows to their self-esteem and collective dreams, but gazing at these gilded goddesses from another era, when society was in equally profound flux and progressive women were challenging a similar patriarchal establishment, gives one heart for the year ahead. Consider it fortification of the soul. 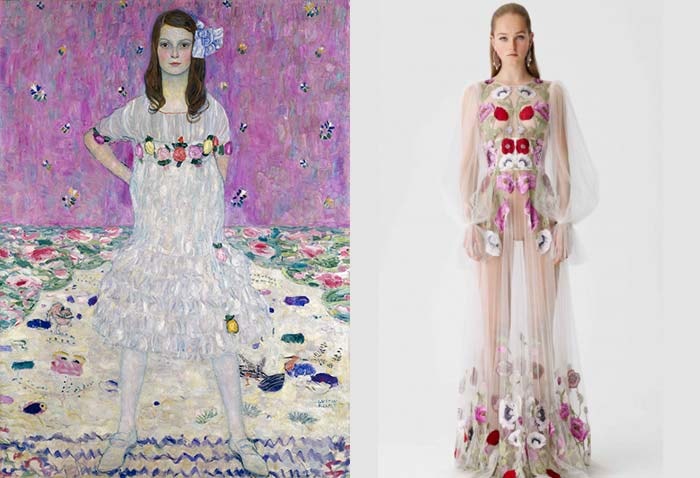 Faithful friends who are dear to us, gather near to us once more

As we admire the glittering Christmas windows, reflect over mulled wine, and plan on splurging for a party dress to ring in a brighter 2017, it might be worth considering this: Klimt’s women had no vote, had to marry well to be considered in society, and were predominantly Jewish staring down WWI and the subsequent ascension of Hitler. However Adele Bloch-Bauer, the famous “Woman in Gold” of 2015‘s Hollywood movie, and the only woman ever to be painted by Klimt twice, wielded a stealthy power as a hostess of salons attended by the intellectual and social elite of the day. A networking agent, a connector, a unifier, her spirit is as relevant and contemporary as ever. 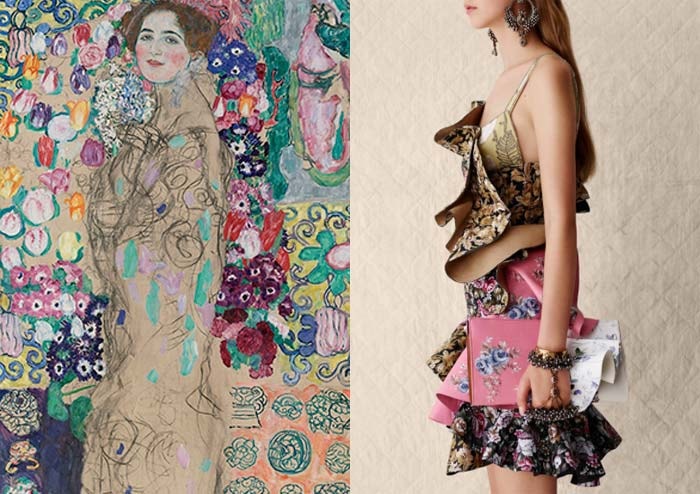 From now on, our troubles will be miles away

After 1900, Klimt had a sort of awakening, and recognizing the importance of women in his work, from then on chose to exclusively paint females, which he did on large-scale canvases filled with peonies, chrysanthemums, tulips, carnations, embellishing his subjects in gold leaf and exotic symbols, rendering them icons of beauty that, over a century later, are marching en masse down our Spring 2017 runways. But they weren’t just pretty, to be admired. From their direct stares, decadent robes and aloof poses, even the slight flush to their pale faces that make us wonder what they’ve been up to, we know they were powerful, unapologetic, mysterious muses, almost sovereign-like, with deep inner lives. They were modern, chic and shaping society. 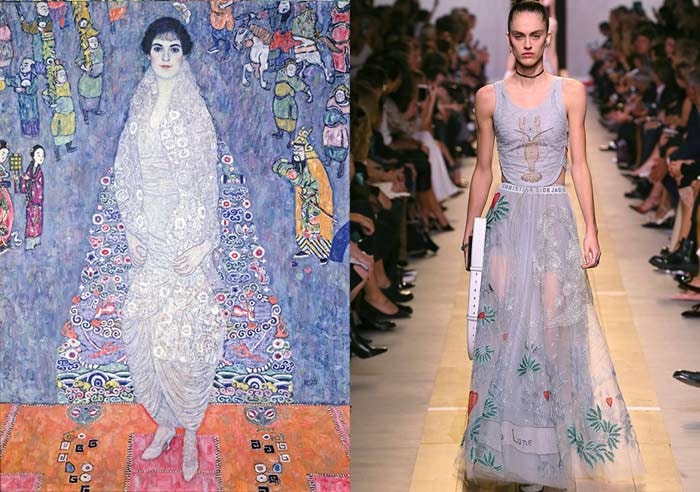 Visiting the Neue Galerie with its high-ceilinged, wood paneled rooms we can easily find ourselves transported to one of their intimate bourgeois salons. To the sound of the Viennese waltz in the next room, this is an ideal spot to huddle up and regroup.

As I sit in a room with malachite-colored walls, someone mentions Klimt’s father was a goldsmith, which along with other influences such as Byzantine mosaics, Asian art and ancient Egypt, inspired his son’s experimentation with gold leaf in his paintings. Well, it’s certainly a more aesthetically pleasing signature and continuation of one’s father’s legacy than emblazoning one’s name in giant gold letters across generic glass buildings... 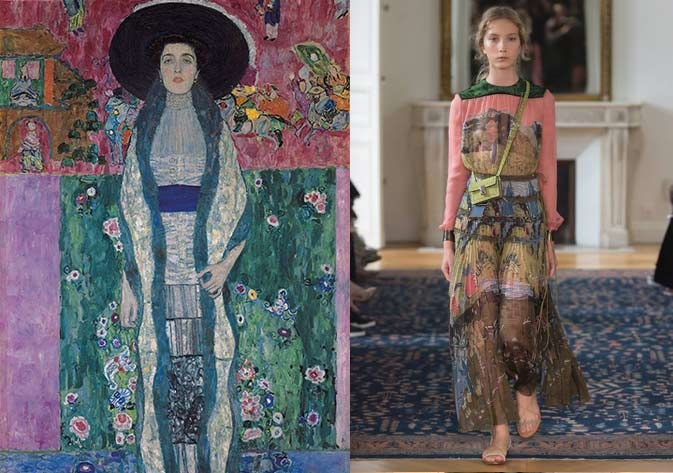 So hang a shining star upon the highest bough

So as we strive to rise up––maybe we’re already intending to join the Women’s March on Washington in January?––we could do worse this holiday season than channel the Adele Bloch-Bauer inside all of us to usher in a new golden age of women. I’m with her.

The exhibit runs until January 16 2017. Wear your most decadent attire.