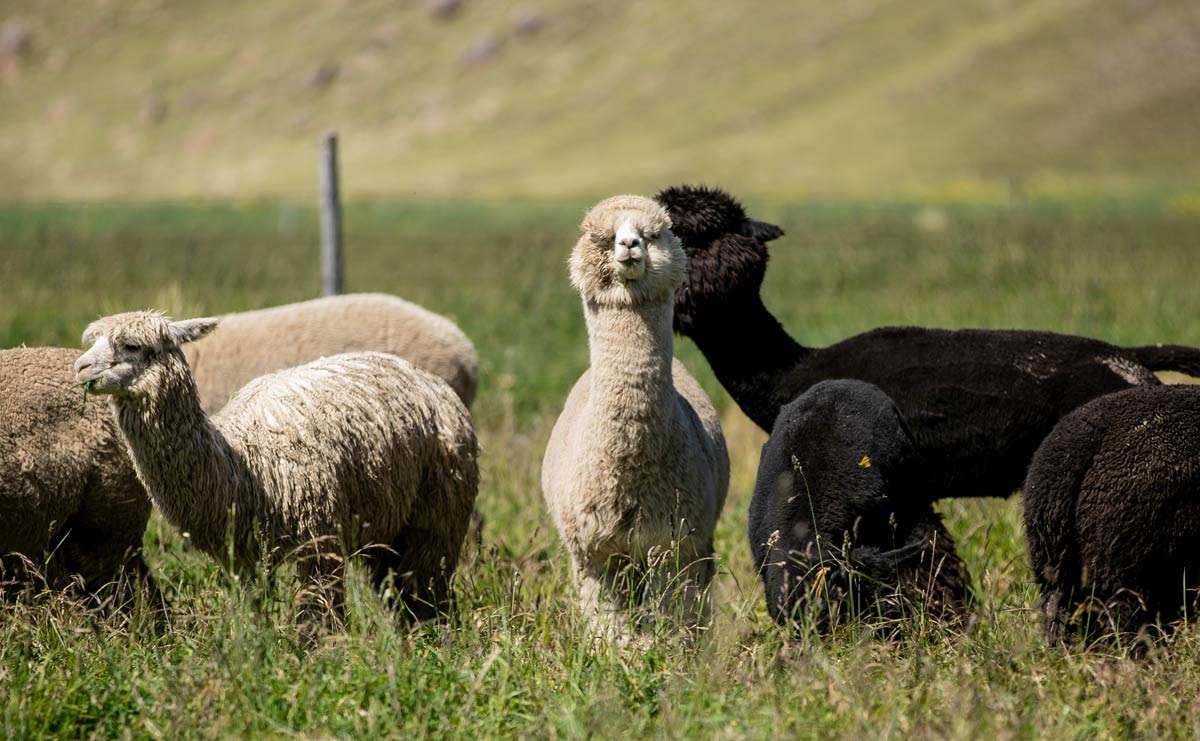 Peruvian clothing manufacturers are eyeing the European market. They specialise in the manufacture of knitwear made of alpaca wool and Pima cotton, both premium products from their country. To date, the manufacturers have produced mainly for the US market, but now they are attracting the attention of European labels like Missoni and Ted Baker.

During Berlin Fashion Week, 16 Peruvian fashion manufacturers presented their products and services at the Peru Moda Berlin in a small, exclusive setting at Berlin's Kulturbrauerei. Around 45 buyers from nine European countries attended the sourcing event on the 4th of July, among them representatives from British companies like Ted Baker, Italian knitwear specialist Missoni and French childrenswear manufacturer CWF. The atmosphere at the event was relaxed with focused conversations between buyers and exhibitors.

This past year, Peru's textile industry exported goods valued at 1.5 billion US dollars (1.3 billion euros), the majority of which, valued at 905 million US dollars, went to the United States. The share of exports to Europe amounted to 90 million US dollars – at 13.1 percent, they are growing faster than exports to the USA at 9.4 per cent. Peru's textile industry is one of the country's most important manufacturing industries employing nearly 300,000 people. Local manufacturers do not try to compete with major textile suppliers like Bangladesh or India, but are instead positioning themselves in the higher end clothing segment with high-quality native fibres like Pima cotton and also, to an increasing degree, in the area of sustainability.

Three of the manufacturers of knitwear made from alpaca wool represented at Berlin are members of the World Fair Trade Organization, among them Allpa. The company was founded 33 years ago by a group of young Peruvians to support the country's handicrafts and market them internationally. Today, 80 shops, small to medium-sized businesses, work for the company – including some that process alpaca wool into blankets and knitwear. “In terms of quality, alpaca wool is on par with fine merino wool and cashmere," Nelly Canepa, director at Allpa, told FashionUnited in Berlin. The jumpers and cardigans at her stand have the qualities of Baby Alpaca and Superfine. Like Allpa, the company Raymisa also works with artisans in Peru and, in recent years, has invested in machines in order to be able to offer fine knitwear in addition to hand-knit products, explained CEO Orlando Vasquez Kellhammer at the event.

For many years, alpacas in Peru, which have been raised for their wool for thousands of years, were subject to a ban on exports. Today, nearly 80 per cent of the total alpaca population lives in Peru and produces 25,000 kilograms of wool per year. Communities in the Andes raise the animals; their wool is then collected, selected and classified by middlemen. They sell the wool to yarn manufacturers in Peru, who supply manufacturers in the country. As a result, value creation takes place mainly within a single country, which is rare in today's globalised clothing industry.

The value creation chain for cotton in Peru is similar. Manufacturers such as Quale Vest, Corp. All Cotton or Kusa Cotton represented at the sourcing event all work with Pima cotton that is grown in Peru. Michael Chabaneix, CEO of the GOTS certified business Corp All Cotton, which manufactures for US brands like Tory Burch and Rag & Bones, hopes to acquire more European customers in Berlin. “The Pima cotton fibres are the longest-stapled in the world, which means they are particularly soft and fine,” he explains. He also displays a t-shirt with a coarse structure made of tangüis. It is a type of cotton, which, though not as fine, is more affordable than Pima and requires less water.

Like raising alpacas, the cotton industry in Peru can also look back on the advanced culture of the Incas. "The Peruvians have been weaving for a very long time, since the beginning of civilisation," noted Elmer Schialer, the Peruvian ambassador in Berlin during the event. “One of the so-called centres of civilisation was found in the valley of Supe in southern Peru where the Peruvians were already gathering cotton 8000 years ago.”

Peru has set itself apart through its stories and quality. As a small producer of high-quality, but also higher priced raw materials like Pima cotton and alpaca wool, the country must position itself in the premium segment of the clothing industry. This specialisation and filling of a niche also helps keep income in the country, explained Schialer. “We are attempting to keep the bulk of value creation in Peru.”

FashionUnited attended the event at the invitation of the organisers.