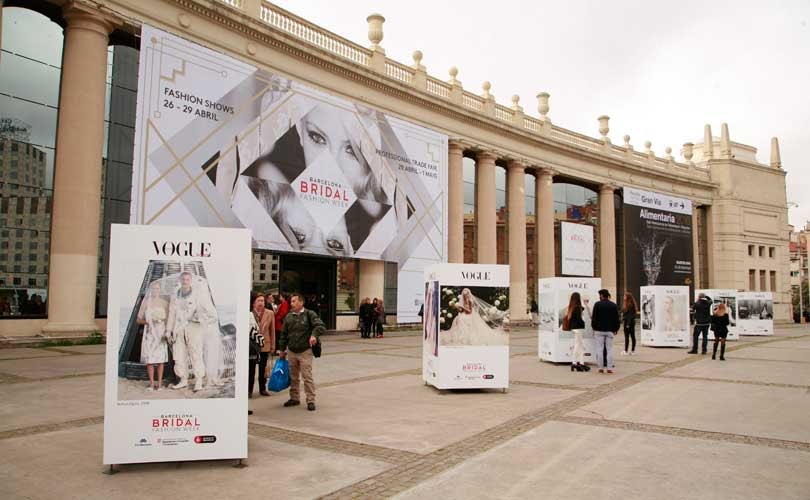 Barcelona Bridal Week targeting the US, Mexico and Japan

Bridal trade show, Barcelona Bridal Fashion Week has announced that for its 2017 edition it is targeting buyers from Europe and the United States, while also strengthen its presence in the Latin American and Asian markets as part of its new international strategy.

The annual event will once again take place at Fira de Barcelona’s Gran Via exhibition centre from April 27-30, 2017, will feature the latest trends in bridal fashions for men and women in 2018 along with ceremonial, communion and party wear and accessories.

As part of its strategy to broaden its international reach, the organisers of the twenty-seventh edition have stated that they are negotiating with an “internationally-renowned ‘guest designer’” to share the catwalk alongside the 20 bridal brands confirmed to show.

The show’s director, Estermaria Laruccia, confirmed that they show would be focusing on European countries such as the UK, Germany, France and Italy, as well as well as “continuing to target the United States as the leading bridal fashion market in the West and a driver of global trends along with Europe”.

Laruccia added: “However, this year we want to strengthen our presence in Asia and Latin America, two areas that offer tremendous expansion opportunities, and we will be doing so using Mexico and Japan as the gateways to these two continents.”

According to the organisers, the US, Brazil, Argentina, Peru and Colombia will be the largest bridal and wedding markets in the world by 2020, according to the results of the survey 'Millennial Brides: born in the 80s, getting married today', conducted by professor Nueno in April this year. Mexico shows the biggest growth potential, with forecast growth rate of 3.6 percent, as a result of the number of weddings and the average expenditure per event.

“Mexico is a key market because it is the main driver behind new fashions in Latin America, and for this reason, it's our first point of access,” explains Laruccia. “From our point of view, this gives Mexico a key strategic role, as the Latin American bridal market is one of the ones with the biggest potential in the world.”

In addition, the organisers are also hoping to target buyers from Japan as an “initial step to expanding into the region”, as Japan is the biggest bridal fashion market in Asia in terms of quality and design, and it is still the benchmark of trends for the entire continent.

Barcelona Bridal Fashion Week is the leading bridal event on the European calendar and will showcase more than 260 exhibitors, half of which will be international. In the past three years, the number of brands and buyers visiting the show has increased by 13 percent, reaching 18,000 visitors and 650 buyers from 40 countries, including the UK, Germany, the US, France and Italy.