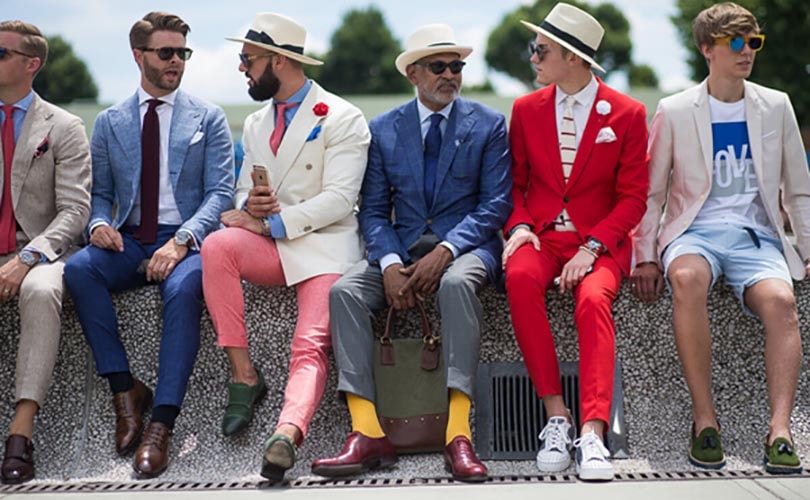 Peacocking: the highlight of Pitti Uomo

The guest designers at the 90th outing of Pitti Uomo are undoubtedly what make the Florentine trade show one of the leading events on the menswear calendar. But so too are the peacocks who flock to see them.

This season saw a hybrid of celebrated creatives from all over the world come together, including Japanese luxury streetwear brand Visvim, Russian designer Gosha Rubchinskiy - part of the Comme des Garçons group - Italian and New York based creative Fausto Puglisi and newcomer Lucio Vanotti, who launched his namesake brand in January this year with the support of Giorgio Armani. 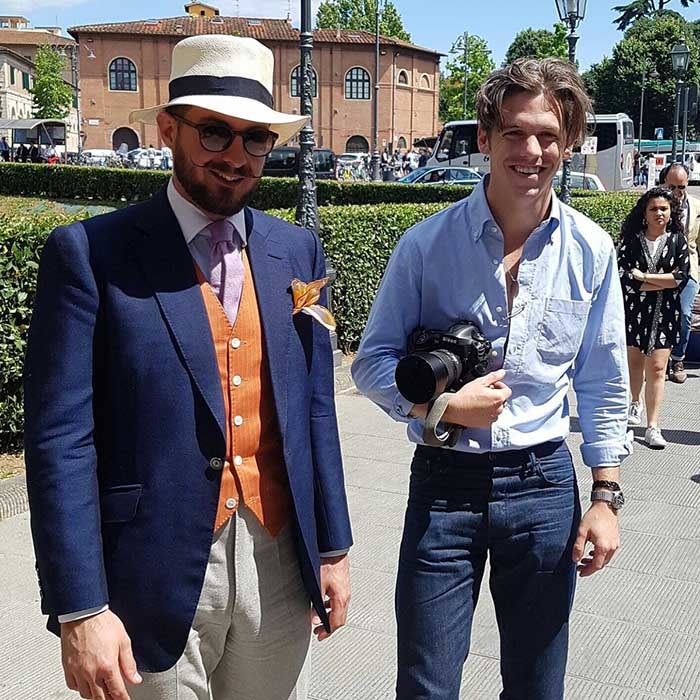 But the real draw of Pitti Uomo are the visitors themselves: a mix of global stylephiles who's sense of dress is as extravagant as the clothes on display. It is at Pitti where sartorial peacocking is both an art and a norm. It is here where the suits are cut sharper, the footwear striking, the colors bolder and the accessories as carefully chosen as the ultimate item of self-expression. One would be hard-pressed to find even a pair of socks out of place.

Street style photography started in the early noughties when the world's hippest streets suddenly doubled as the new catwalks of inspiration. It was a fresh way of documenting fashion, most importantly because it was democratic - any fashionista or fashionisto with an eye for style - could find themselves in front of the lens from a new wave of street photographers, style documenters and bloggers. 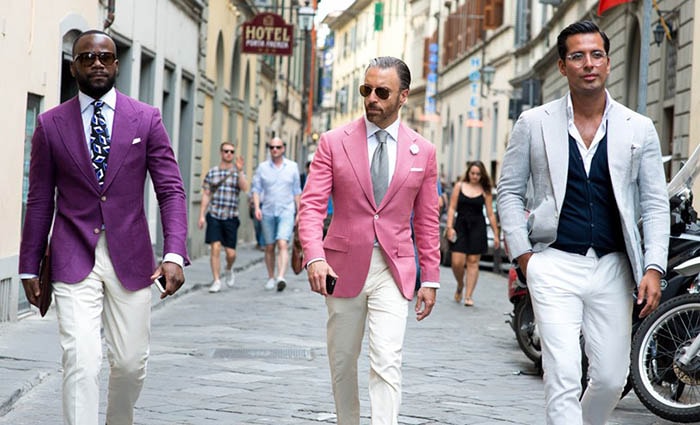 Pitti Uomo hosts some of the world's most covetable labels, so it is only logical it attracts the most stylish audience. Italian men are perhaps more fashion conscious than the average European or American, but Pitti's attendees go beyond the realm of turning up just 'well-dressed.'

Sure, there are plenty of attention-catching outfits from those crusading to be snapped for an Instagram account and those dressing to be seen, but on a deeper level there aren't many events in the world that draws such an unabashed flocking of peacocks, who can relish unperturbed in fashion menswear Mecca.

In the bigger picture, the peacocks define the zeitgeist, the mood, the ideals, the tastes and the attitude, all of which makes street style imperative to the fashion industry and to the success of the show. As the saying goes, birds of a feather flock together, which at Pitti Uomo is a visual splendor of blinding proportions.

FashionUnited will focus on the menswear catwalk season during the month of June, by featuring exclusive and in-depth coverage on Men's Fashion Weeks. More on Pitti: Pitti Uomo 90th edition: 10 memorable moments. For all reads, click here.