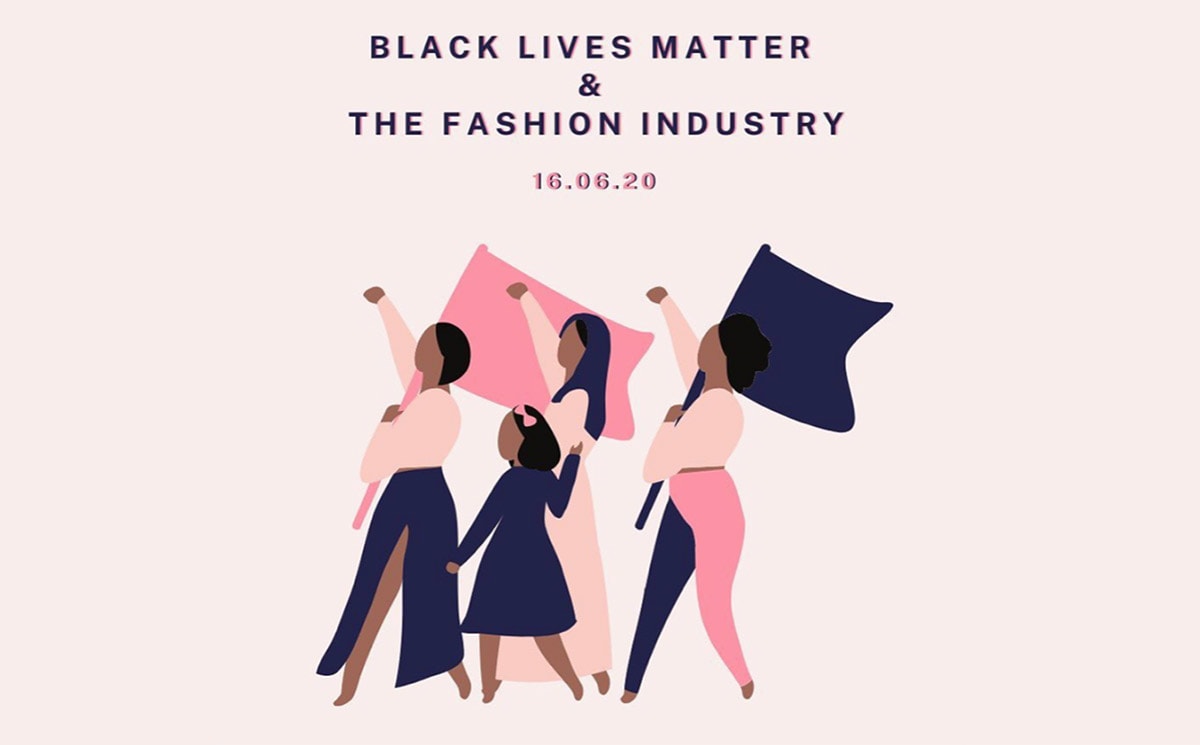 New-York - A low-key London Fashion Week went digital for its menswear shows against a backdrop of Black Lives Matter protests and a statement from the British Fashion Council regarding the industry’s multiple challenges. “The recent events in the US have shown that none is more urgent than the need to fight racial prejudice and discrimination,” wrote Caroline Rush, chief executive of the BFC, and “we must now also double our efforts to take on racism in all its forms and reflect why it has taken these extremes to galvanize the industry into action.”

But for some Black fashion professionals working in the European industry they’ve been reflecting on this question for their entire lengthy careers. On Tuesday, Fashion Roundtable brought five such individuals together, selected by organizer Karen Binns because, she says, “I always felt they had so much to say but were never given the chance.” Pulling no punches, she launches the conversation by asking how the Italian fashion industry can begin to face the existence of its racist past.

Milan-based American-born Edward Buchanan, a designer in the Italian fashion industry for 20 years, having been hired by Bottega Veneta as a Parsons graduate, who is currently creative director of luxury knitwear brand Sansovino 6, recalls counting the other black people in the industry on one hand. ”It was an interesting vibe, coming from New York,” he says. “Italian people viewed Black people as either you were selling fake Prada bags on the street or you were working in fashion, there was no in-between.” Acclimatizing to his new home, he noted the absence of Black leaders in government, Black officials in post offices, even Black taxi drivers. He believes the country’s history of colonialism in Libya, Eritrea, Somalia, Albania, must become a conversation, and Italy’s patriarchy issue must be reckoned with if the country is to make much-needed progress in social justice.

Dr Royce Mahawatte, Fashion Roundtable Research and Development Director, who also teaches Cultural Studies at Central Saint Martins, agrees that you cannot talk about fashion without talking about colonial violence and imperialism. “There is no fashion industry without the cotton trade,” he says. As a British Asian, he is attuned to colorism, a fear-based condition riddling an industry which has always been about approximating whiteness.

“As a whole, there is an insecurity and arrogance in the Italian system,” says Buchanan. When the conversation around diversity occurs the powers-that-be think it’s something that’s happening “over there.” He clarifies: “By over there, I’m pointing to the United States. They never think or assume what’s happening over there relates to their history or what they do.” Buchanan is credited with launching Bottega Veneta on its path to the hyper-relevance it enjoys today. “I was skilled, but I was also very lucky to be offered that position,” he admits. “I was green, but with strength and energy I dived into it.”

The energy involved in being Black in fashion can sound almost like a form of unpaid overtime. Michelle Noel, CEO of London-based brand management consultancy MNN Agency gets knots in her stomach when confronted with the covert disrespect her white counterparts don't encounter, adding “I have to carry that but also carry on with my work. It’s an extra burden and energy. I’m here to do a job like everyone else.” She recalls situations in which buyers have bypassed her in favor of speaking to someone less qualified, simply because of the color of her skin. “I know I’m not misreading the situation,” she says, likening the feeling of trying to progress professionally to walking in treacle and seeing the door just up ahead but out of reach, because her feet are being dragged backwards. After years of these frustrations, she now says, “I’m taking the door off its hinges, off its frame. I’m taking the door with me.”

Deborah Latouche, contributing Fashion Editor at Elle Italia and founder of luxury modest fashion brand Sabirah, thinks White peers and colleagues need to get comfortable with these kinds of conversation, especially within the more elite echelons of the industry. There can be no return to silence now that so many have taken to the streets. “I should be able to express how I feel without getting the angry black woman tag,” she says.

Buchanan believes the continuing absence of Black people in decision-making positions within the Italian industry has been the root cause of the racially insensitive messaging and disastrous product roll-outs in recent years by Gucci, Prada, and Dolce & Gabbana. “It’s all because they didn’t have anyone on the inside.” This lack of multiculturalism within the industry is merely a reflection of society at large. Adds Buchanan, “There are AfroItalians born in Italy who are never considered Italian but who deserve the same space and respect as white Italians.”

Casting a few models of color to represent diversity in an ad campaign has been brands' go-to response to criticism but it is time for such quotas and tokenism to disappear. “I don’t want a seat at the table,” says Noel. “I don’t want them to invite me in. I want to arrive on merit, considered as an equal.” Latouche agrees there are limitations to the seat-at-the-table analogy. “Even though I’m at the table and able to speak, I need other people who don’t look like me to understand what I’m saying and to align with me.”

Binns describes culture as the one true modern luxury and so, to the luxury industry with its notorious reputation for being a culture vulture, she issues this challenge: “if you want to tap into our culture, you have to answer to it.” It’s no secret that Black spending power is vital to European brands and the industry cannot ally itself with the Black Lives Matter movement without grappling with its inherent anti-Blackness.“Fashion people are good at knowing what not to know,” says Mahawatte. But if knowledge is power the next step in righting the wrongs for future generations must be decolonizing the curriculum within fashion schools. Buchanan, who also teaches and is usually the only person of color in the classroom, believes plans must extend beyond diversity hiring across faculty and administration. “A precursor to that is understanding how students are being recruited,” he says. “You go to China, to Japan, to recruit. But why not Africa?”