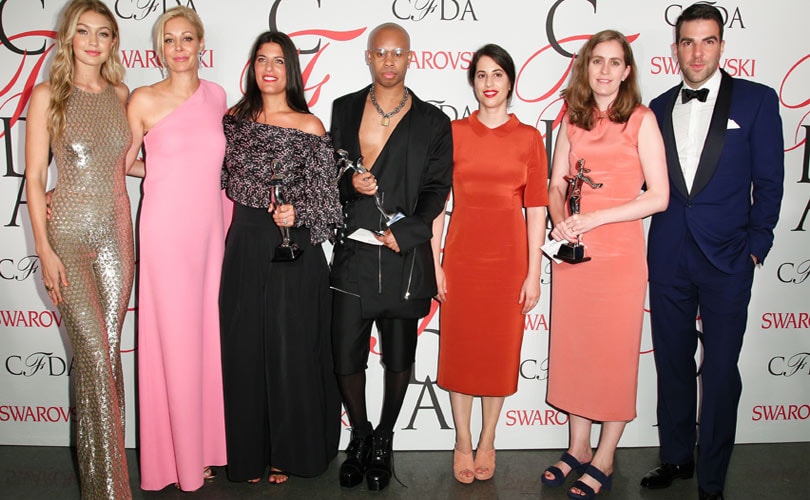 The Council of Fashion Designers of America, CFDA, has announced its 2016 nominees and honourees.

The prestigious award ceremony, which is scheduled to be held in June in New York, will see fashion luminaries such as Marc Jacobs and The Row compete for Womenswear Designer of the Year and Thom Browne and Tim Coppens in the running for the Menswear category.

Other recognition category awards will be given to Accessories Designer of the Year, the Swarovski Awards for men's, women's and accessories, as well as the Geoffrey Beene Lifetime Achievement Award.

Honourees this year include the formidable Donna Karan who will receive the The Founder’s Award in Honor of Eleanor Lambert. Gucci's Artistic Director Alessandro Michele is to receive the International Award and the Board of Directors’ Tribute Award will be a posthumous recognition of David Bowie, how died in January of this year.

The mission for the CFDA isn't far off from the BFC's mission for the UK's fashion industry and aims to strengthen the influence and success of American fashion designers in the global economy.

As a non-for-profit organisation the CFDA's membership consists of more than 470 of America’s womenswear, menswear, jewelry, and accessories designers. It's Foundation is a separate entity, which was created to raise funds for charity and industry activities.

The full list of the CFDA Awards 2016 is below:

Womenswear Designer of the Year

Menswear Designer of the Year

Accessories Designer of the Year

The Media Award in Honor of Eugenia Sheppard

Imran Amed, editor in chief of The Business of Fashion

The Founder’s Award in Honor of Eleanor Lambert

Board of Directors’ Tribute Award