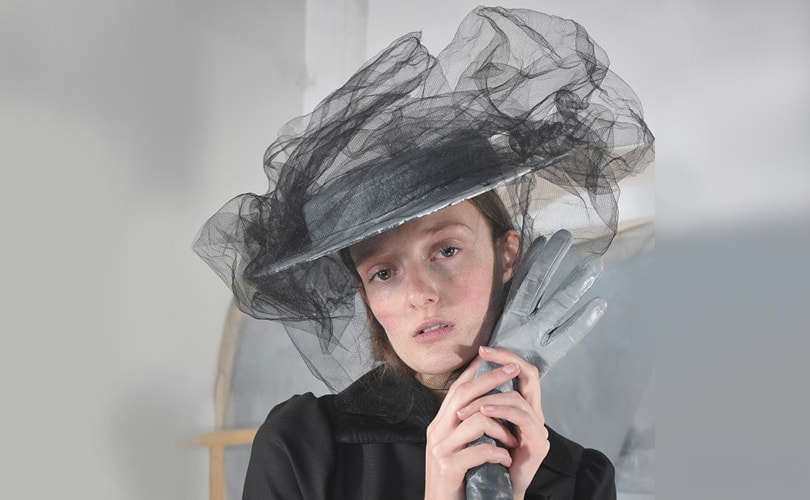 Graham Tyler Baldwin of his eponymous label Graham Tyler has taken a flamboyant approach to design since his inception. Between the large hats, statement colors, and his gender fluid approach to design he was a maximalist from inception at a time when maximalism is still loud and proud. This season, the designer scaled back on his pushing-the-envelope aesthetic and used black, white, and grey along with hand painted designs for a collection inspired by his childhood home. 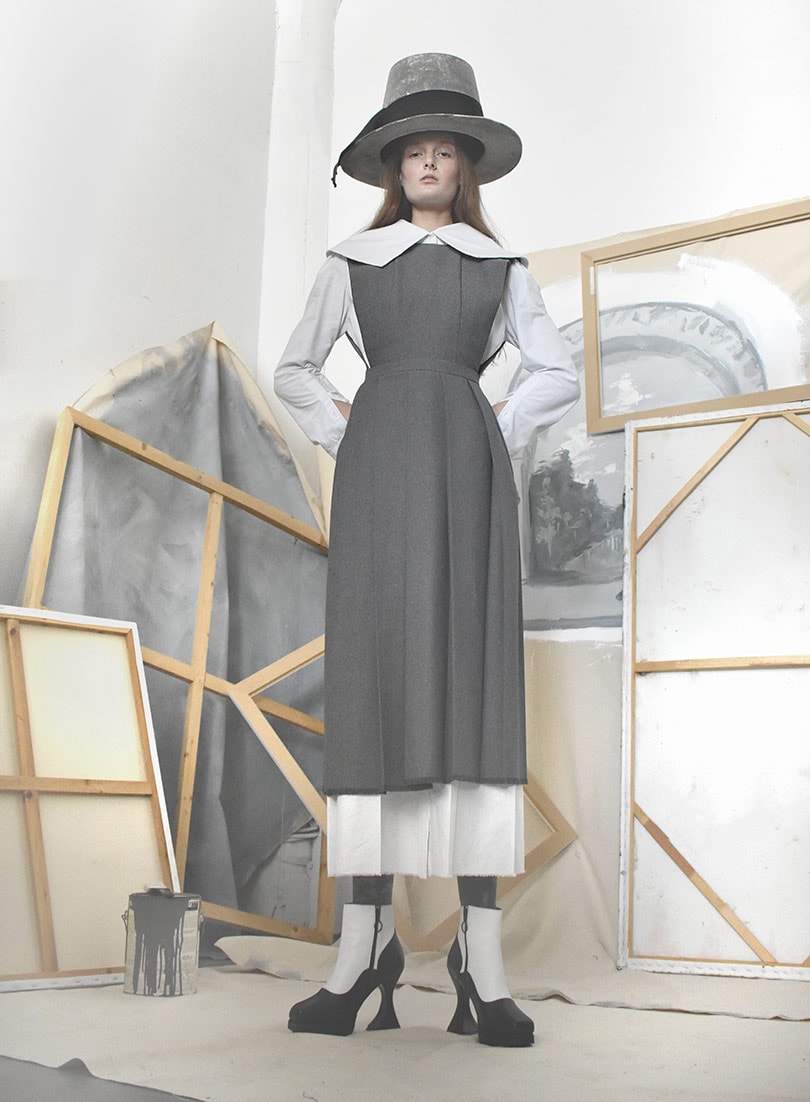 The collection was inspired by the town he grew up in and his grandparents had a house in. The idea behind the collection was given everyone back their home. Key motifs were hidden in designs in many ways based on keys to the home. Aesthetically, inspiration was taken from the Amish, as there were a lot of Amish people in Upstate New York where Baldwin grew up.

Although the collection was more muted than previous collections, Baldwin wasn't focused on shifting to a more retail ready collection. "I think this is my least sellable collection actually," Baldwin said to FashionUnited. "I was only worried about things I had a strong conviction to make. I'm cutting out all filler, and approaching fashion the same way I approach art: making only beautiful things that I care about." 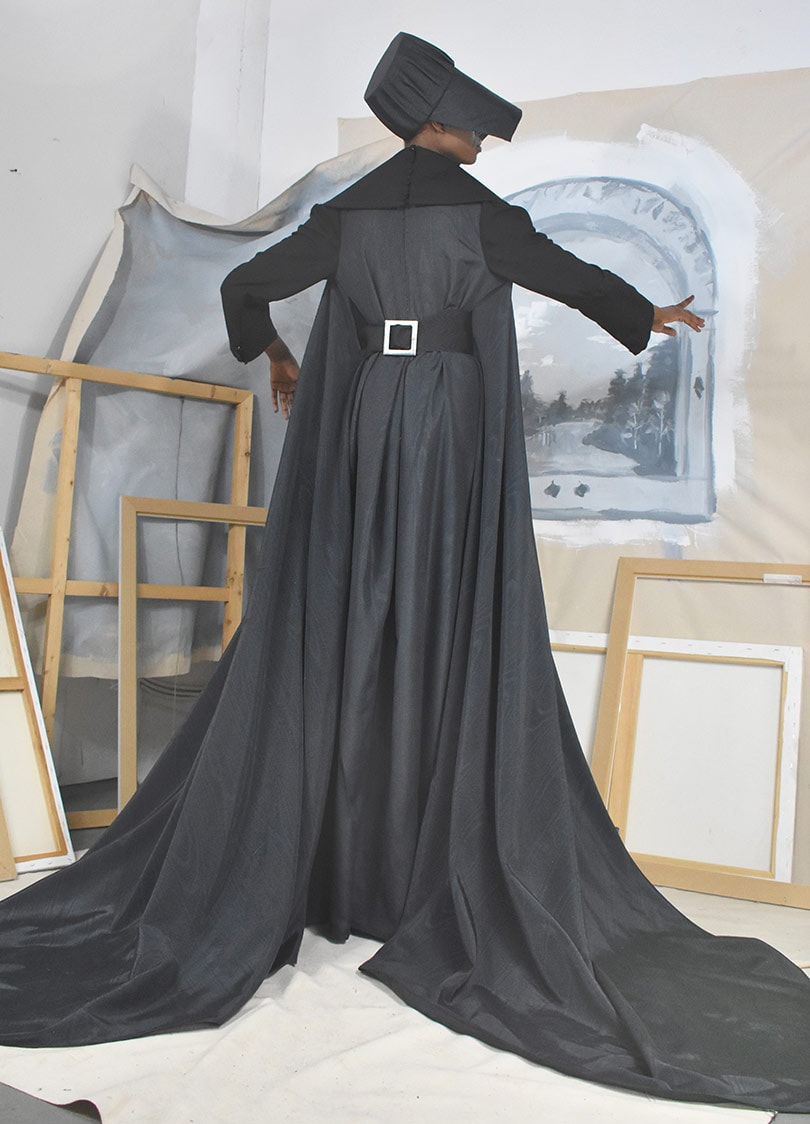 Like any good collection designed by a millennial, it also had an eco-friendly element to it. Patterns were done in collaboration with a tech firm in California who wove pattern pieces into the garment so everything was engineered in, creating no wastage when doing so, unlike most other engineered garments.

One of the signature elements in this season were the poems, quotes, and interviews with his grandmother that were woven into the fabrications as graphic details. Given his direct-to-consumer model, Baldwin is able to customize the pieces for customers who might want something personal to them on their pieces. 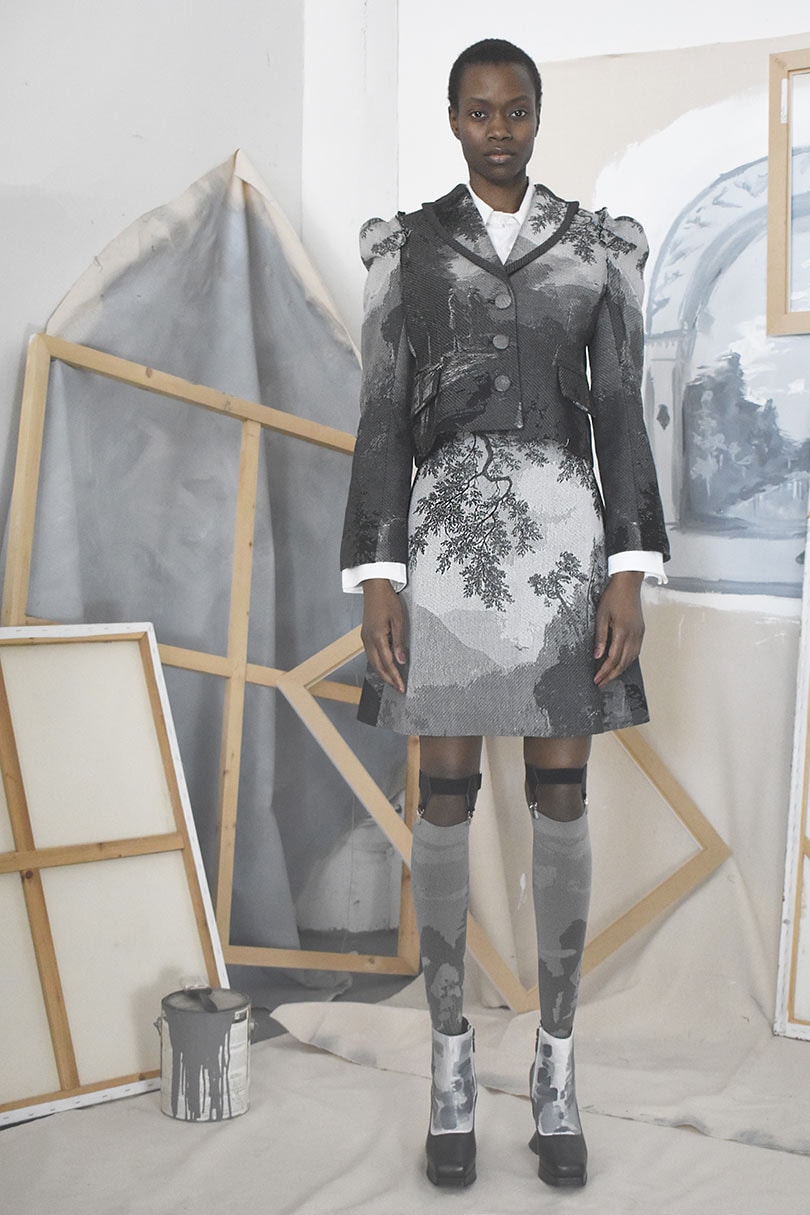 With gender neutral clothing on the rise, Baldwin hasn't made a fully gender neutral commitment to design, but all of the busts and bodices on the garments are cut so if you don't have a bust or have a smaller bust they will lay nice and flat, and more of the daywear pieces can fit both genders easily. He officially falls under womenswear, but a lot of men wear his clothes and he always keeps them in mind when designing. "I just want to make beautiful garments for people who want beautiful garments," he said to FashionUnited.

It's an all-inclusive family affair at Graham Tyler.