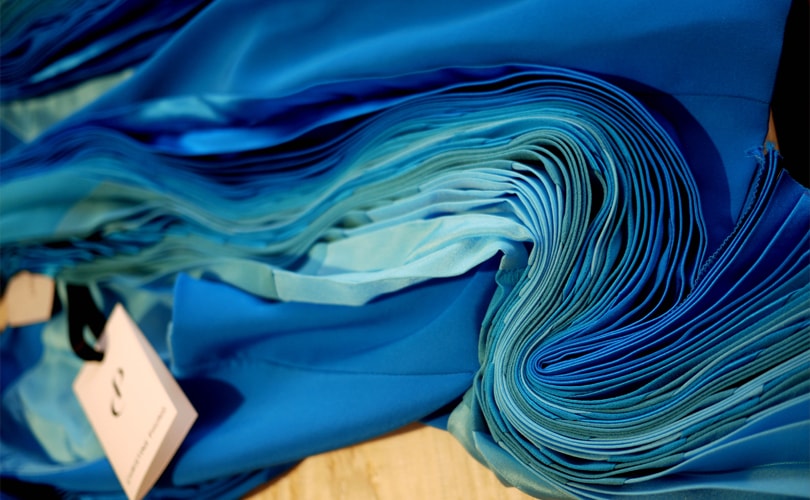 Haute Couture and know-how (II): The pleats of Atelier Lognon

Since 1945, the fashion house Atelier Lognon has created fabrics using the same skills and techniques. It is this know-how, which has been combined the art skills of the house of Chanel since 2013, that numerous brands are still looking for.

In the hands of the craftsmen of Atelier Lognon, flat fabrics can take on manifold different forms. It is a skill that Gérard Georges Lognon, the great-grandson of Emilie who founded the House in 1853, describes as “an enabler of fabrics”. Whilst four generations have succeeded as the head of the studio, no one has taken over from Gérard Georges who retired without a successor. However, along came Chanel and its subsidiary Paraffection which is dedicated to developing the skills of the profession, who took over the company in 2013 in order to ensure the continued existence of its know-how whilst bringing it into the 21st century. Since then, it has left the chic districts of Paris and joined La Manufacture des Allumettes in Aubervilliers (93) next to the boot-maker Massaro and the milliner Michel (both acquired by Chanel). 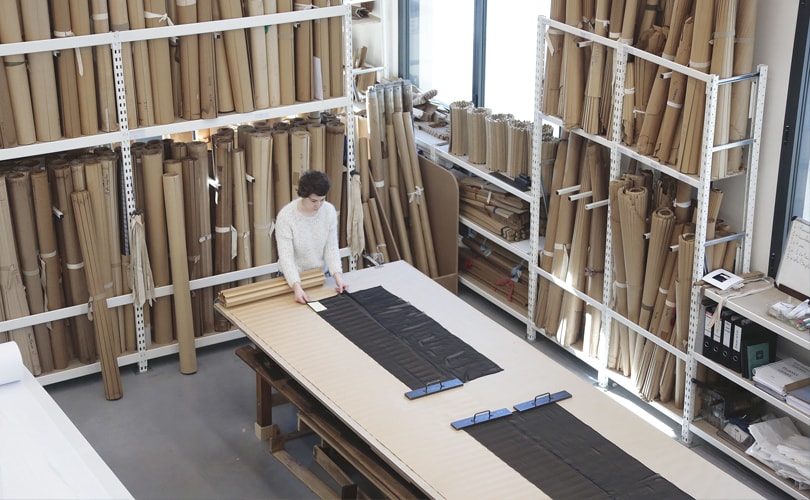 Coated, flat or box pleats, rounded pleats, flexible pleats for draping effects, accordion pleats, Watteau pleats describing a succession of box pleats flared at the bottom, sunburst pleats at very close intervals that expand, Fortuny pleats inspired by Greek woollen tunics, not forgetting cutaway, flower, peacock, pyramid, ribbon and origami pleats, the technique used to create pleats always uses a unique Kraft board mould or pattern (about 3,000 in stock) the oldest of which date back to 1900. The production processes have not changed since the start of the 20th century. Firstly, the fabric is ironed and made flat (silk, crepe, tulle, muslin, organza, velvet, as well as other materials such as leather or polyester), then it is placed parallel to and next to the cardboard mould, rolled up in it then put into an oven at between 85°C and 100°C for a period of between 1 hour and 1 hour 30 minutes depending on the fabric. It is then left for a day to allow the entire mould to cool down so that the fabric can definitively take the form of the pleat, before it is taken out of the mould. And it works like magic!

Whilst Lognon has been the partner to the fashion industry, with connections to Gabrielle Chanel, Christian Dior, Nina Ricci, or even Hubert de Givenchy since the beginning, the latter are working with the haute couture and ready-to-wear design studios today. Alongside its traditional clients, the Atelier also works with more contemporary names such as Vanessa Bruno, Claudine Ivari or Christine Phung, but its numerous followers also include l’Opéra de Paris. Lastly, Lognon works with many designer studios from luxury fashion houses. Whatever the demand – several hundred lambskin bags, glass watch cases or a Couture dress – the pleat craftsmen are always ready to take on new challenges. “It is a special place with innovative and exclusive pleats that other houses do not possess,” explains the designer Christine Phung who has had numerous items produced by the Atelier. "It is certainly more expensive than others, but it is a privilege to have one’s collection produced by hand with this type of know-how”. 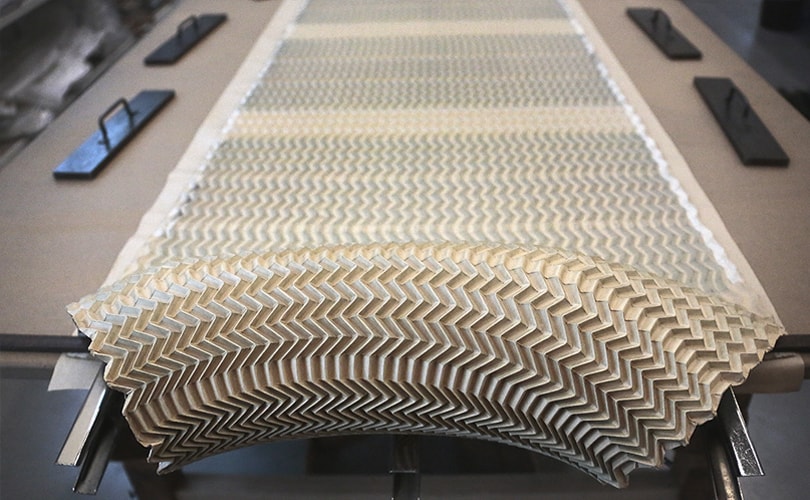 Georges Lognon confides that he learned on the job. Knowledge is passed on through practice and each generation contributes its own set of innovations. "It is a progression over time,” the craftsman said before he retired. "The pleat existed a long time before us, with the Greeks and the Romans.” And its story never gets old or goes out of!

Also read Part 1: Haute Couture and know-how (I): The calligraphy of Nicolas Ouchenir