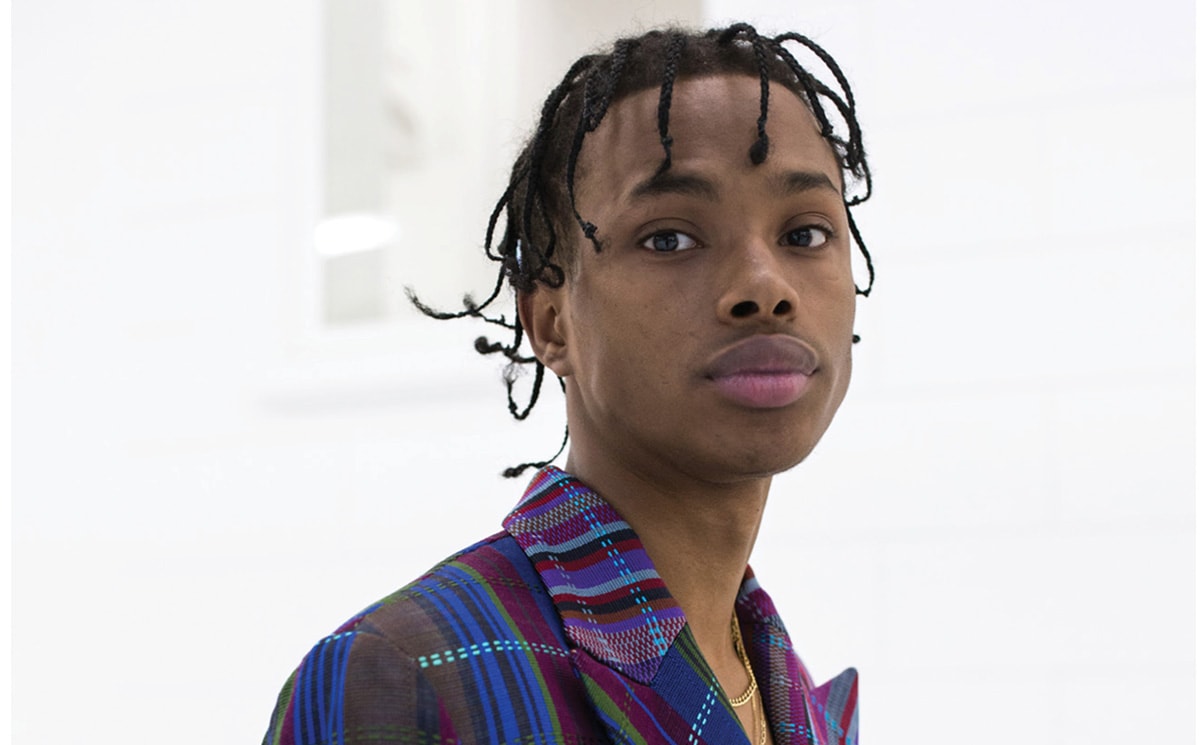 Nigerian designer Kenneth Ize is set to make his Paris Fashion Week debut this season. The 29-year-old designer's collection is dedicated to preserving the heritage and legacy of Nigeria. To do this he draws on a network of textile artisans across Kwara, Kogi, and Lagos making indigo-resist dyed cotton cloths and top cloth.

Ize launched his label in 2013 at Lagos Fashion Week. He put the collection on pause for two years so he could attend the University of Vienna, where he received a masters in fashion design and studied with Hussein Chalayan.

Ize has had a small series of successes since then, most notably being shortlisted for the LVMH Prize. His collection has also been picked up by Ssense.com, and he's debuted a womenswear line with Naomi Campbell and Liya Kebede at Arise Fashion Week in Lagos.

Ize took the unconventional route for showing a collection in January 2019 when he held a press preview at his friend's apartment and posted about it on Instagram. This brought him to the attention of editors and buyers and got him eight stockists.

Although he does his best to stick to his Nigerian heritage and production with his line, he had to move the tailoring production to Italy due to Nigeria's lack of infrastructure to produce such garments at scale. He still tries to produce as much in Africa as possible from the weaving to the tie-dye.

Ize's collection will debut on the opening night of Paris Fashion Week, February 24, and will be inspired by the Catholic services he attended with his mother as a child. He is hoping this show will attract potential investors as he works to expand his brand.