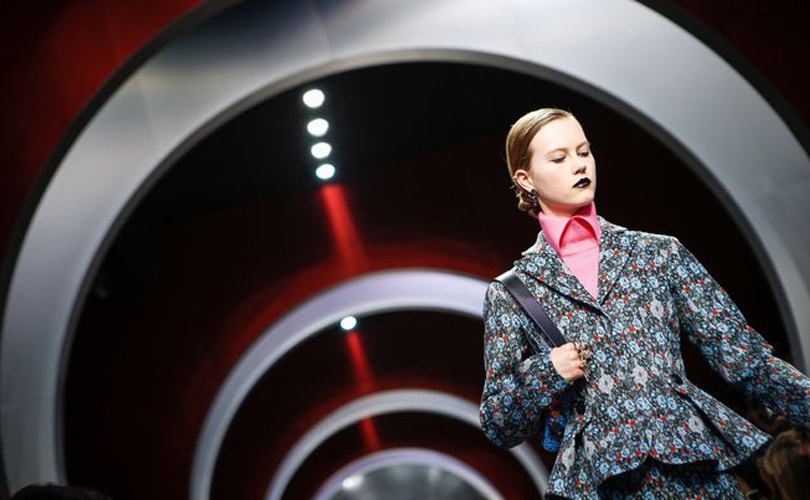 Paris fashion has rediscovered its taste for rebellion with designers playing fast and loose not just with the old rules of couture but also with France's ban on the full-face veil.

The mould-breaking French label Vetements -- the new darling of the fashion press -- staged a show full of teenage revolt and defiance in a cathedral late Thursday, while American Rick Owens flirted with the law by completely shrouding the heads of 14 of his models in veils.

France bans all covering of the face in public since a controversial 2010 law aimed at the Muslim niqab and burqa. But it had the unintentional effect of technically making some full body suits, Zentais and even children's party animal costumes illegal.

Owens has a reputation as an iconoclast who last year displayed the genitals of his male models through strategically placed peepholes. The previous year, at the height of the Greek debt crisis, one of his models carried a placard down the catwalk declaring, "Please kill Angela Merkel not". But his spokesman told AFP Friday that the veils were not meant to be provocative.

"There was no shock value intended. It was not meant to be controversial, rather it was more of a poetic statement," he said. "They are a bit see-through, you can see the hair." In his notes to the collection, inspired by the Salvador Dali painting "Swans Reflecting Elephants", the LA-born designer refers to them as "cupcake frosting".

While Owens continued with the protective mohair cocoons of his recent men's collection, the young label Vetements was all attitude and aggression. Headed by 36-year-old Georgian Demna Gvasalia, who now also designs for the venerable fashion house Balenciaga, its show was one of the Paris fashion week's hottest tickets. And it didn't disappoint. Led off by the stylist Lotta Volkova in what Vogue called an "obscenely short brown childlike dress", it took the sullen, shrugging teenager look to another level with reimagined streetwear and hoodies.

Having earlier declared that "there are no genders anymore", it mixed its men's and women's collections, with pinstripe shirt dresses and short hockey skirts straight from St. Trinian's.

The sloganising continued onto the clothes with oversized hoodies and sweatshirts adorned with epithets such as "May the bridges I burn light the way," "Drink from me and live forever," or "Sexual fantasies".

All the chains, leather and tartan of punk rebellion were also there with novel hoops attached to trouser belts to hold coats on unseasonably warm winter days. But it was the shoulder pads that most caught the eye, superhero-wide and worn with high-waisted trousers, or hunched and menacing, making their wearers look like Felonius Gru, the supervillain of the "Minions" films. 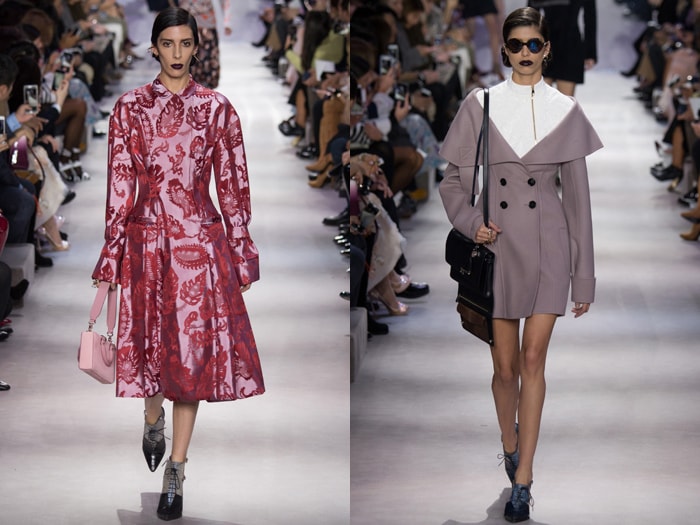 There were no such flirtations with bad taste at Dior, where despite the absence of a creative director, Swiss stand-ins Lucie Meier, 33, and Serge Ruffieux, 39, produced another impeccable symphony of riffs on the most feminine of labels classy traditions.

Their collection was strong on 1940s influences, an effect magnified by the Flash Gordon-like pavilion built to stage it inside a courtyard of the Louvre museum. But the day's most sublimely spectacular show was one which set Issey Miyake's highly-coloured op artish collection to brilliantly hi-tech music and light show by Ei Wada and Haruka Yoshida. (AFP)