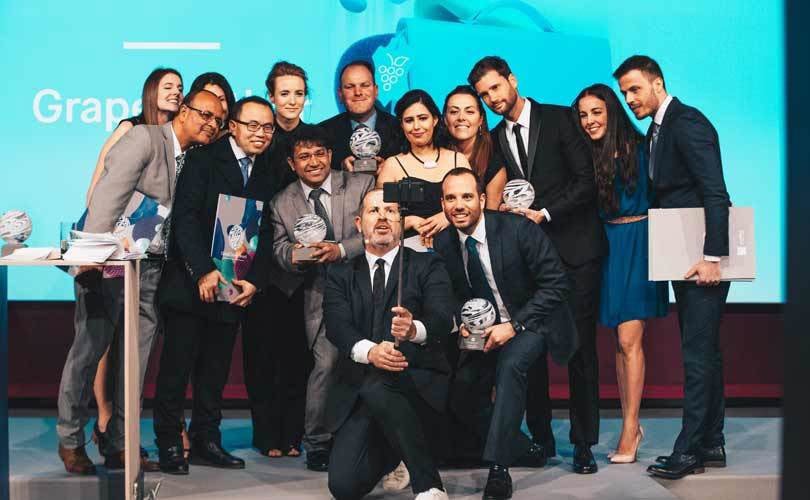 London - Winning any type of grant can have a profound effect on any innovative startup. But being the winner of the H&M's annual Global Change Award, an initiative specially developed to support early-stage innovations that focus on sustainability can bring help accelerate the startup to the next level. For example, Vegea, a company which take the leftover grape residue from wine production and uses it to produce fine vegetal leather, has gone on to have its dress prototype displayed at the prestigious Victoria & Albert since being awarded a 300,000 euro grant during the second cycle of the global change Award.

As the third cycle of the Global Change Award prepares to open its online voting period and share its five winning innovations, FashionUnited takes a look at some of the progress made by some of the previous winners.

Vegea was founded in 2016 in Milan by Gianpiero Tessitore, Valentina Longobardo and Franceso Merlino, who shared the desire to find eco-sustainable alternatives to potentially harmful materials used in the fashion industry. After researching and investing in innovative technology which could be used to produce bio-based technical fabrics, they identified grape skins and stems, by-products from the winemaking industry as an ideal raw material to use to make eco, synthetic leather with. 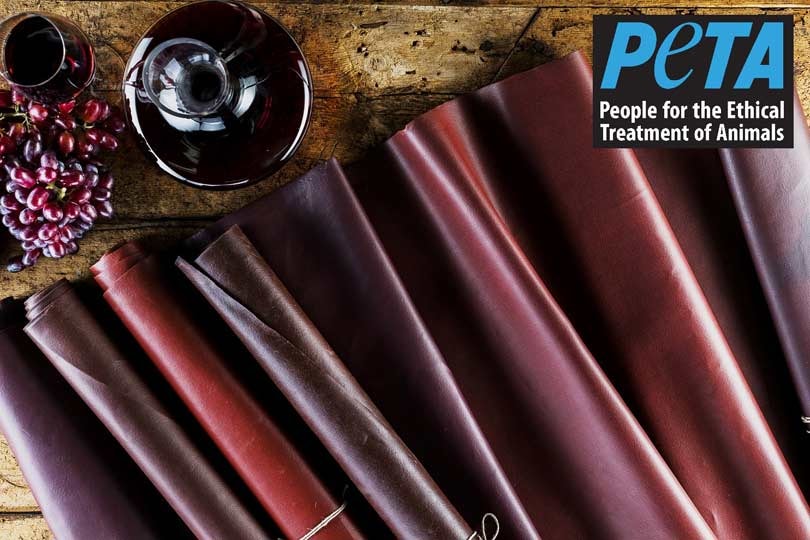 Since winning a grant of 300,000 euros from the Global Change Award in 2017, the team has created several prototypes for dresses, handbags, and shoes made of Vegea material. The European Parliament also recognized Vegea as one of the best European start-ups of the new millennium, and Vegea was awarded the PETA Innovation Award in 2017. "Thanks to the Global Change Award, we are experiencing a great momentum and getting attention from media and potential clients within the fashion, furniture and automotive industries," said Valentina Longobardo, co-founder and CMO of Vegea. The team also won the Horizon 2020, which is the biggest European Union research and innovation program to date, which is seen as one of the most prestigious validations of their work that will undoubtedly help them grow their research team.

Content Thread, owned by EON was created by Anura Rathnayake, Natasha Franck, Peter Cockitt, Trevor O’Brein and Anna Kimmelman, who are looking to create the first global system for textile recycling, powered by the internet of things. Content Thread is a tiny RFID thread which features a digitalized ‘ingredient list’ that can be sewn into any garment at the manufacturing stage. This innovation makes the recycling process of the garment much more efficient, as even if labels are cut out, the RFID thread features vital information concerning the fabrication of the garment. After winning a grant of 150,000 euros from the Global Change Awards in 2017, the team behind Content Thread has managed to take their concept into commercialized technology. The team has gone on to built partnerships with large global brands that are purchasing and introducing EON-ID RFID Thread technology, moving from having five sample threads to producing millions of tags in 2018. 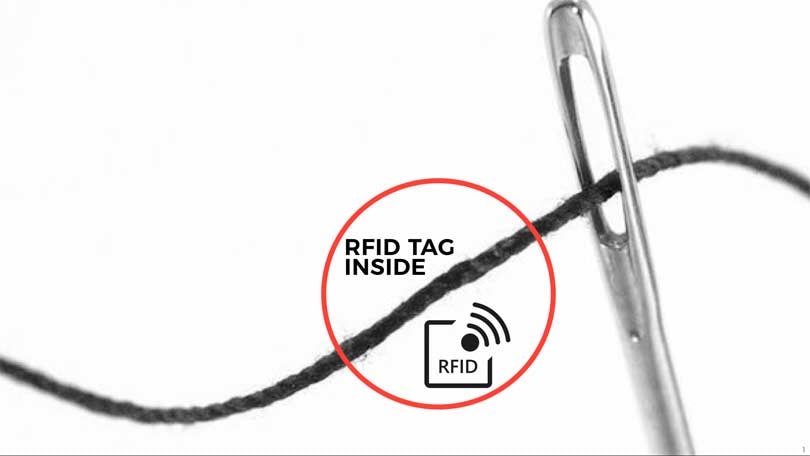 “The Global Change Award introduced and validated our vision to the industry – that fashion connected through the internet of things can power circularity,” said Natasha Franck from EON. “The Global Change Award gave us a platform to share the potential of our RFID technology to align business operations and sustainability. By accelerating the industry's adoption and understanding of connected and circular fashion, the Global Change Award's contribution has not only been paramount to the success of our company but also paramount in powering the industry-wide transition to a circular economy.” EON has also developed an industry-wide initiative, the Global lifecycle identification initiative to inform and introduce a global framework for the utilization of the internet of things.

Perhaps one of the most unusual innovation concepts from the Global Change Awards, Manure Couture aims to extract and use the cellulose found in cow manure to create new, biodegradable textiles for the fashion industry. Based in the Netherlands and developed by Jalila Essaidi, George Johannes van Tier and Virendya Batja from Mestic, the initiative offers a clever solution to reusing manure. In addition, the significantly reduced release of methane gas and substances that pollute soil, water, and air is also an additional benefit. Since winning a 150,000 euro grant during the Global Change Award in 2017, Mestic has turned its focus to upscaling the pulping-method to process manure on an industrial scale and ensure consistent quality of dissolving grade cellulose pulp. 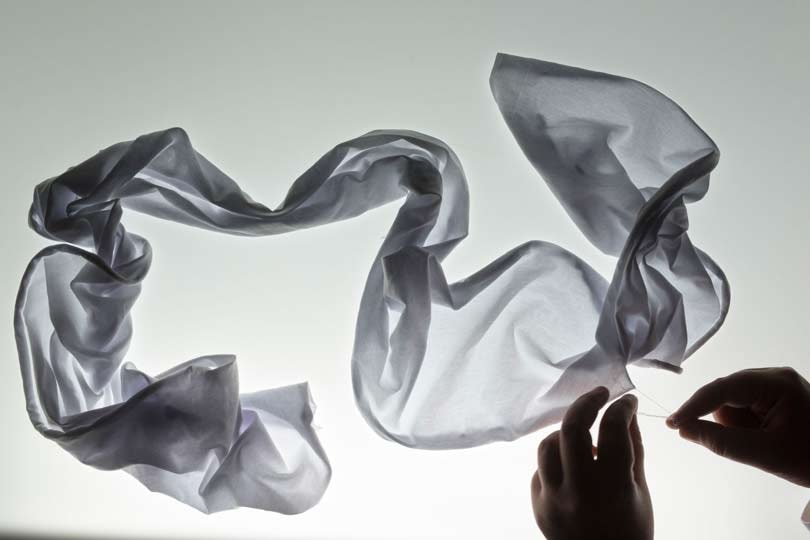 In addition, Mestic is set to launch a pulping scale-up pilot in 2018, after obtaining permits, moving to a new facility, adding new teams members as well as a government grant following the Global Change Award. “Mestic has the potential to make a range of cellulose products such as paper, cardboard, plastic, and textile. Through the Global Change Award we understood we needed focus,” said Jalila Essaidi, designer and founder of Mestic. “We received insight into the textile market and industry and helped us confirm and identify there is a true need for a sustainable source of regenerated-cellulose fiber. More important, their network gave us insight in preferred technologies and the willingness of existing industry when it comes to incorporating potentially disruptive innovation. All these insights helped shape top-level decisions and made our future roadmap more concrete.”

One of the most innovative ideas from the Global Change Awards first cycle stemmed from Orange Fiber. Created by Enrica Arena, Moreno Petrulli. Adriana Santanocito and Franceso Virlinzi, the initiative uses by-products from citrus juice production to create a silk-like, cellulose and biodegradable yarn. The yarn can used alone to to make a light-weight, soft and silky textile or blended with other materials. Since winning a 150,000 grant from the Global Change Awards in 2016, Orange Fiber has established a partnership with a producer in Sicily to supply itself with more raw materials such as citrus peels and is currently exploring alternative partnerships for spinning its fibre to scale up its production. 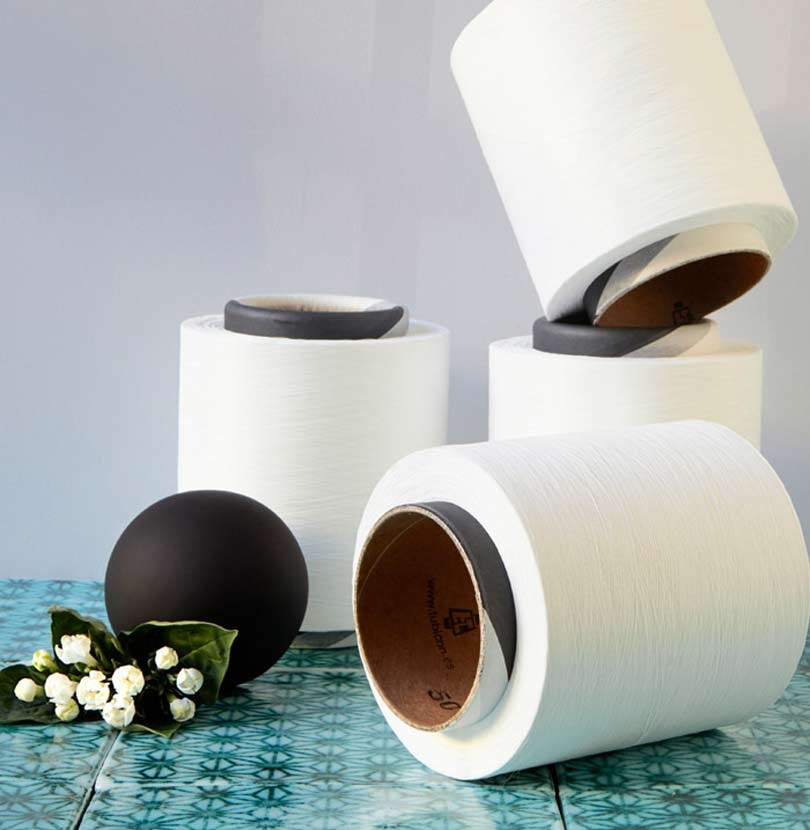 Orange Fiber also caught the attention of luxury fashion house Salvatore Ferragamo, who became the first company to use Orange Fiber fabrics in its collection for Spring/Summer 2017. Salvatore Ferragamo used 10,000 thousand meters of Orange Fiber fabric in the first ever public collection made from citrus peel. “Thanks to the support received by the Global Change Award network, we significantly moved forward with our R&D, laying a solid foundation for the future of our company,” said Enrica Arena, co-founder of Orange Fiber. “We have been exposed to opportunities of visibility and networking within the fashion industry, that helped us develop our business model and product better. The collaboration with the members of the H&M Foundation and with other winners is still strong, supporting us throughout any phase of our growth.”

Another innovative winner of the 2016 Global Change Award was AlgaeFabrics. Developed by entrepreneur Tjeerd Veenhoven, he sought out a way to create an alternative raw material for textile out of algae, which he noticed growing in abundance in oceans, lakes and canals around the world. Algae does not require land or water which could be used for growing food and can be taken from coastal regions around the world, making it a global resource that also reduces the need for massive transportation. Since winning a 150,000 euro grant in 2016, AlgaeFabrics has focused on determining the quality and type of cellulose present in different types of algae with partners in the Netherlands and Germany. Although the search for the right type of filament to spin into a yarn is long, the team has initiated the design of its first product, a knitted beanie, made algae and other land-based cellulose via a 3D knitting machine.

Veenhoven also secured a grant to study the cultivation and harvest of algae from the Dutch Government, and will launch an algae reactor which can rapidly grow a specific algae strain to test the optimal conditions to grow algae in April. Then once a purer version of the algae yarn is produced, the company aims to reach out to potential partners in downstream processes. “When I applied to the Global Change Award, my idea was still really just a vision,” said Tjeerd Veenhoven, founder of AlgaeFabrics. “We had done some desk research before, but after winning the award it has been all about finding out if my idea could work out. I don’t think the extensive research had been possible without the award.”*