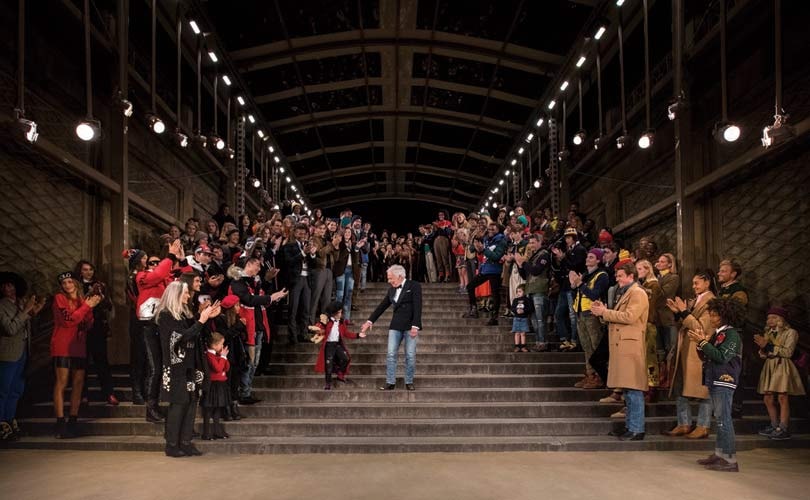 A big Ralph Lauren birthday, means a big spectacular, famous friends, fellow fashion designers, and an iconic New York setting, and you don’t get more iconic than Central Park and the famous Bethesda Terrace to celebrate a 50th anniversary. 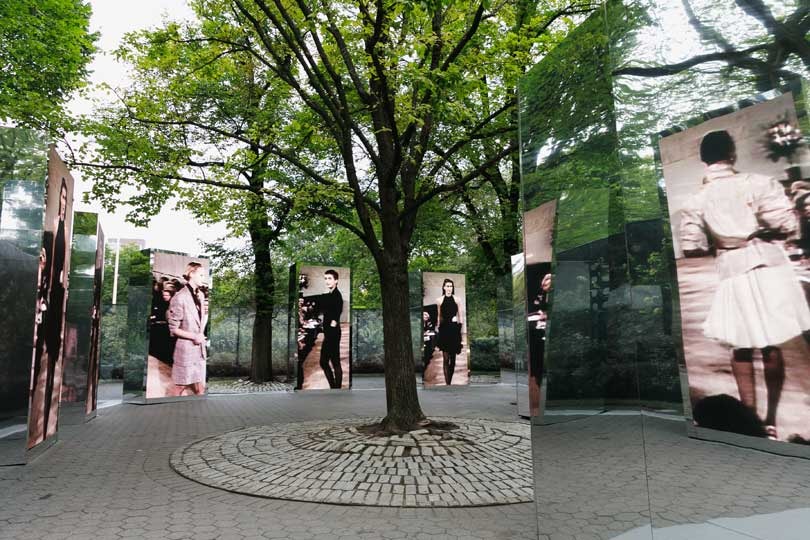 Ralph Lauren has always been a highlight of the New York Fashion Week schedule, his shows bring in the supermodels, the front row celebrities, and the all-American glamour, and for his 50th anniversary he went big, highlighting his entire brand with his womenswear Ralph Lauren Collection, men’s Double RL, and men’s, women’s and children’s Polo Ralph Lauren all featured in one catwalk showcase, highlighting the power of his very successful brand.

With more than 150 models, this was a showcase to celebrate not only the character and beauty of the themes that have inspired Lauren for half a century, including Western, preppy and sporty, but also the impact of the brands reach, Ralph Lauren is much more than just a designer label, it’s an American fashion house that has mass, cross-generational appeal, and that was shown by the fun family vibe with models strutting down the catwalk hand-in-hand with children. 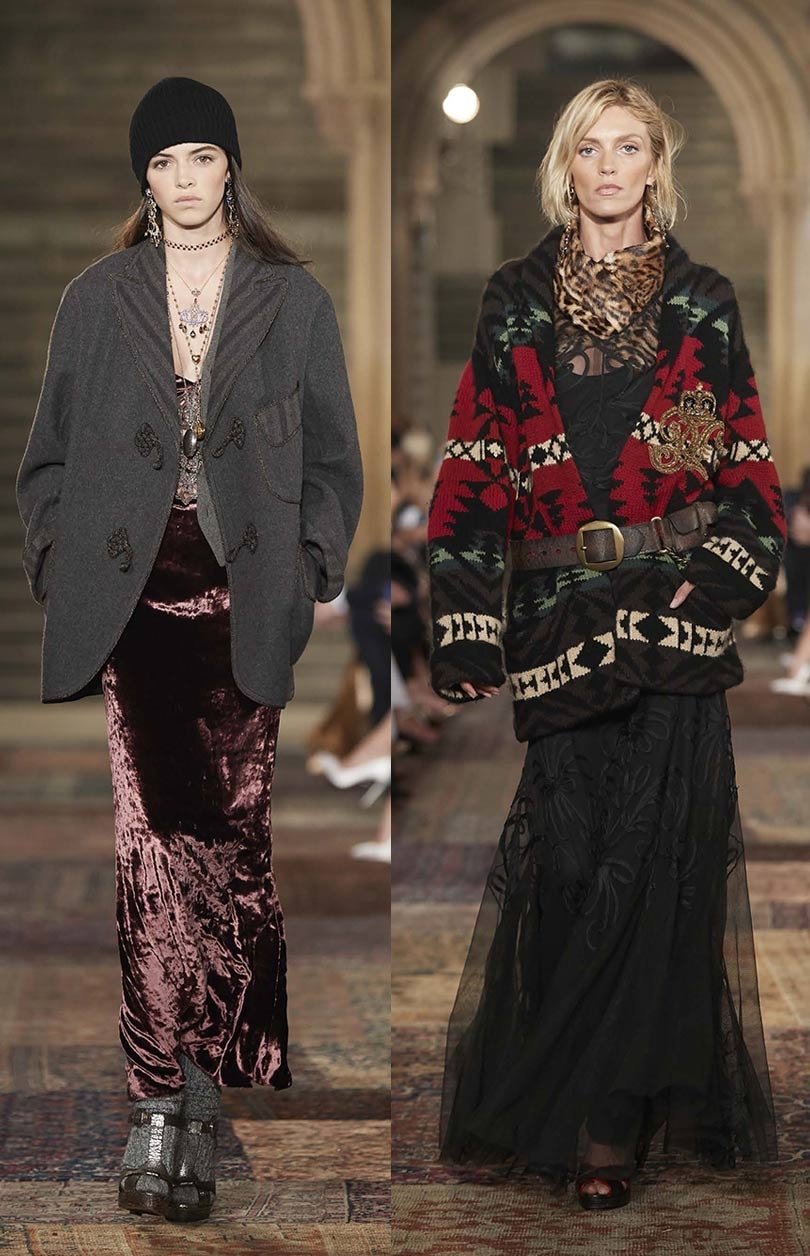 “For my 50th anniversary, I wanted to create and share a runway experience that was deeply personal and a summation of the style I’ve always believed in: personal, authentic, and forever, in a place so quintessentially New York and so special to me—Central Park,” said Ralph Lauren in a statement.

Both the Ralph Lauren Collection and Double RL looks evoked a sense of romantic sophistication through “bohemia, eclecticism, and poetic sensibility” in day and eveningwear, with highlights for the women’s collection being velvet gowns, luxurious knits infused with artisanal patchworks, eclectic beading, and hand-painted accents, plaid lumberjack shirts, and of course lots of denim. 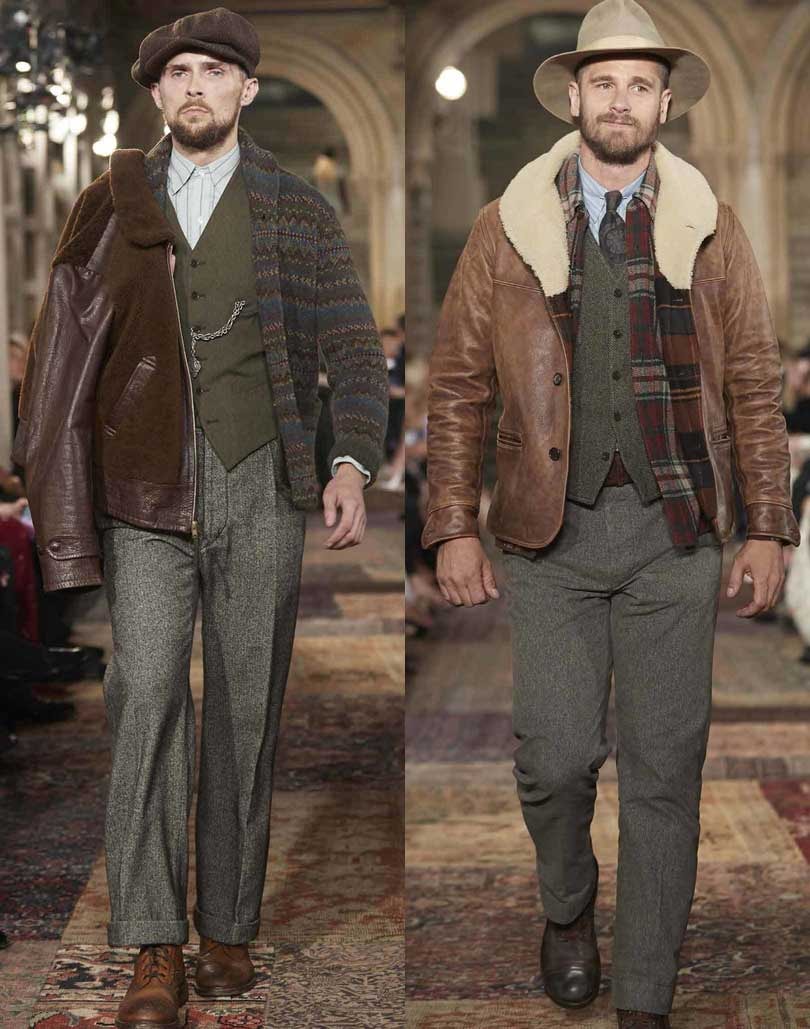 For the Polo brand, which has been on a resurgence thanks to the 90s nostalgic trend, it continued to showcase its preppy lifestyle, combining Ivy League classics and English haberdashery with downtown styles and all-American sporting looks and tailoring, alongside bright, bold, and graphic performance gear, inspired by the 1990’s. 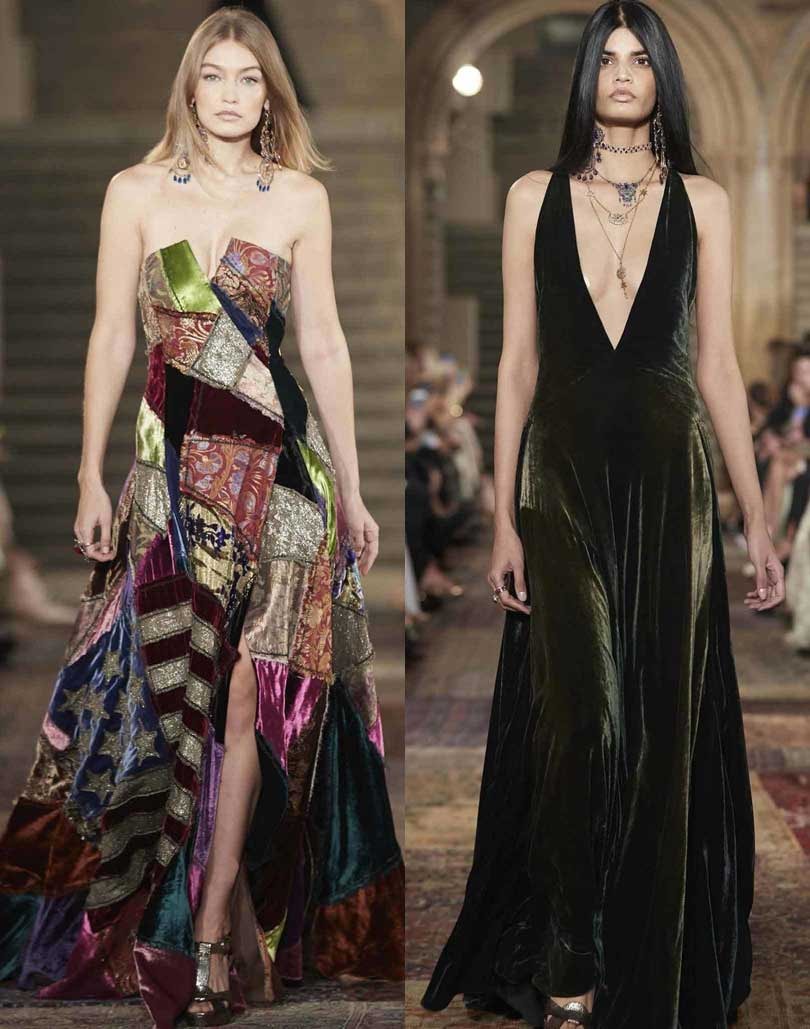 Adjacent to the catwalk, a one-of-a-kind immersive digital installation honoured milestones of the brand’s history and Lauren’s influence on fashion, where guests mingled alongside a series of monolithic LED sculptures, displaying video cuts from 50 years of Ralph Lauren shows. These screens surrounded a large-scale mirrored structure in the middle of the courtyard, which transported guests into “the cinematic World of Ralph Lauren” with more than 400 images and video from the brand’s prolific archives moved across the walls as a ’50 years of reflection’ installation. 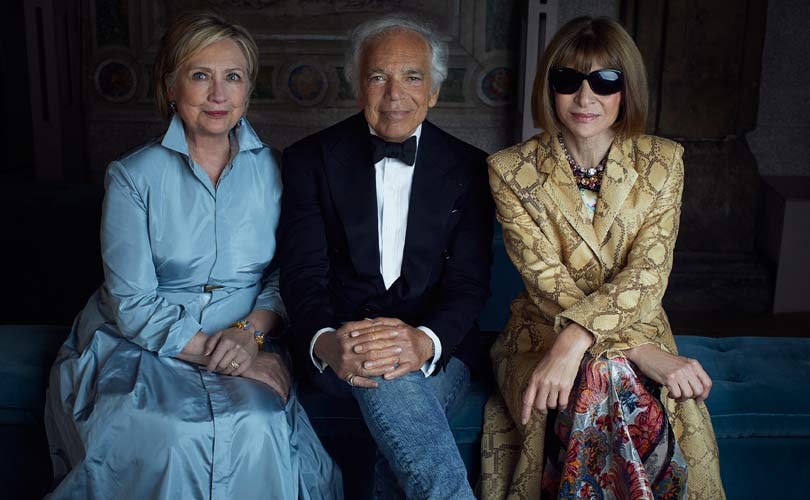 The digital installation seen at the catwalk show will be replicated at the Ralph Lauren Madison Avenue women’s flagship store in New York, before moving onto other global flagship locations in the coming weeks, the brand explained. 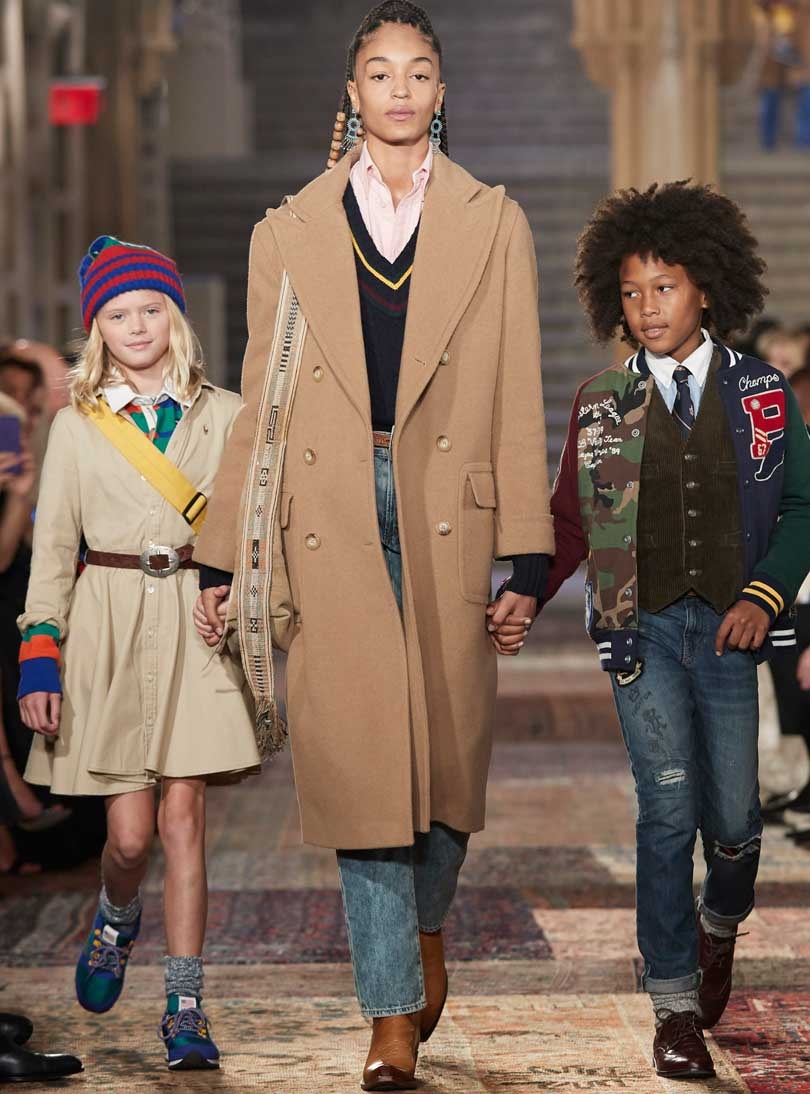 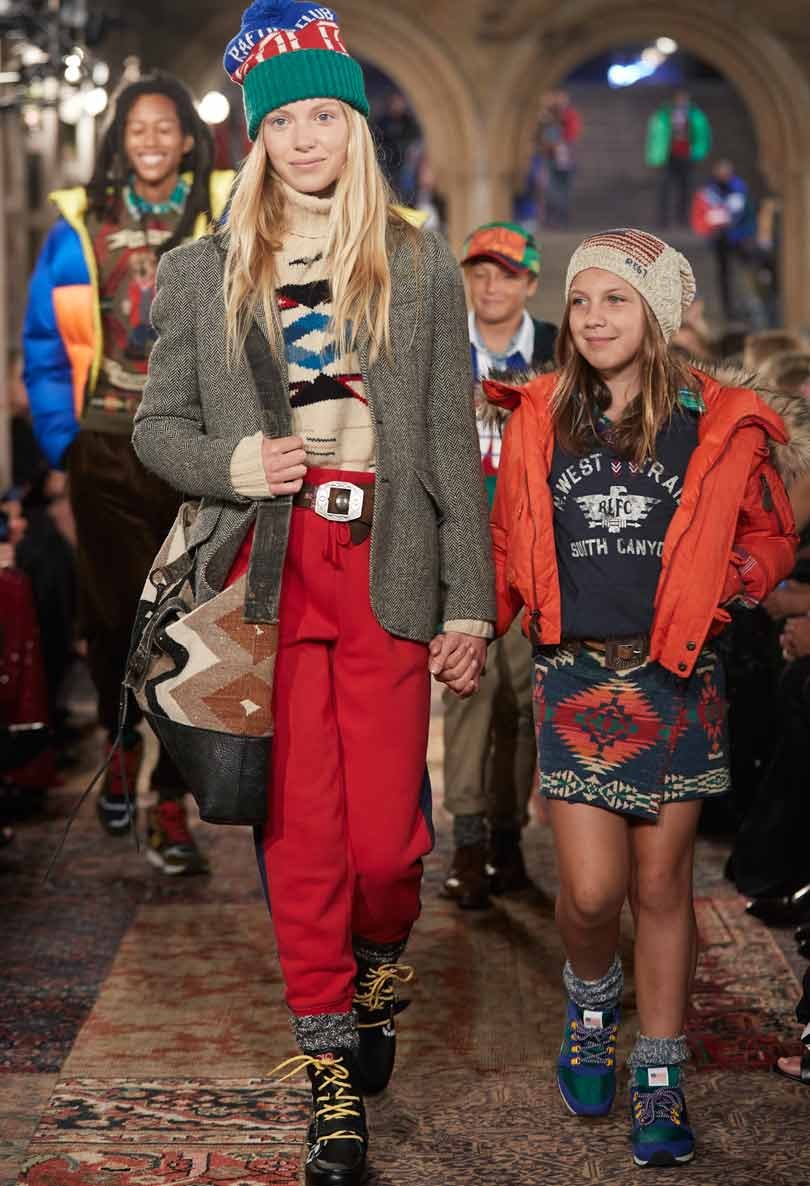 Even the dinner showcased another side of the designer fashion house, with the brand’s Ralph Lauren Home collection on display including bespoke blue-and-white floral-patterned china, pewter flatware and chargers, crystal drinkware, striped textiles and handmade bread baskets. 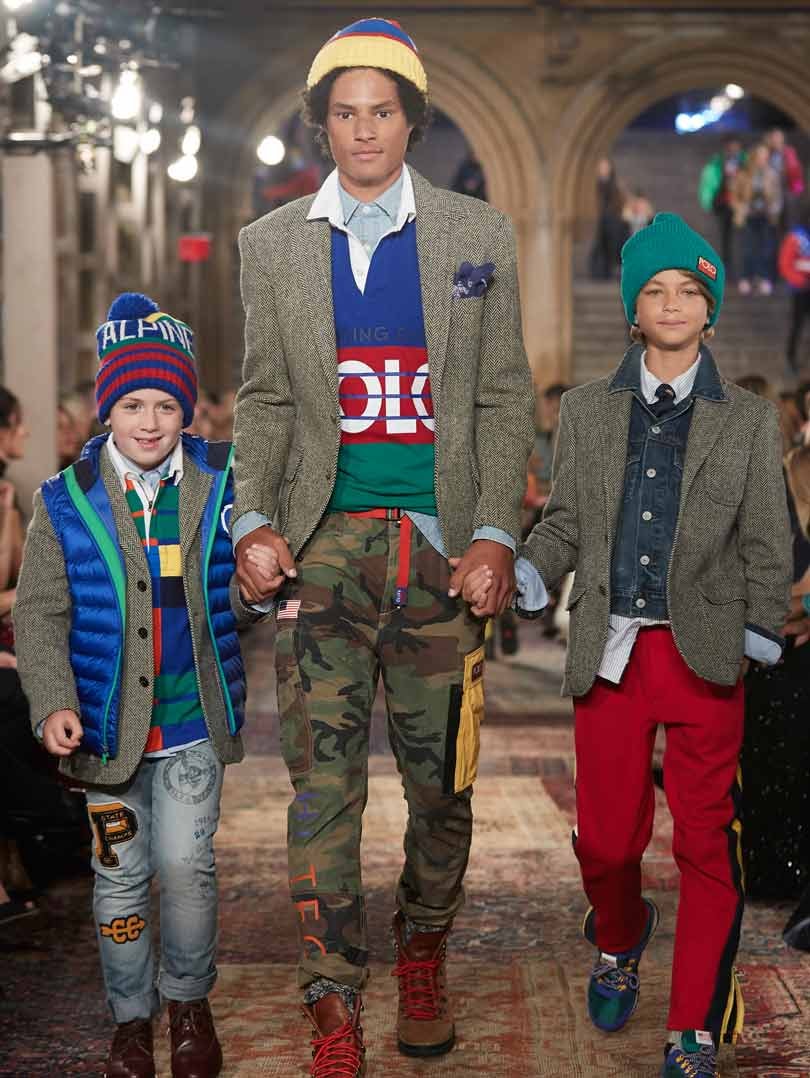 To move the 50th experience from the catwalk into store, items from the 50th anniversary collection are now available at RalphLauren.com and in global flagship stores, including New York, Beverly Hills, Dallas, Chicago, Tokyo, Hong Kong, London, Paris, and Moscow, and through top retail partners such as Saks, Bergdorf Goodman, and Neiman Marcus. 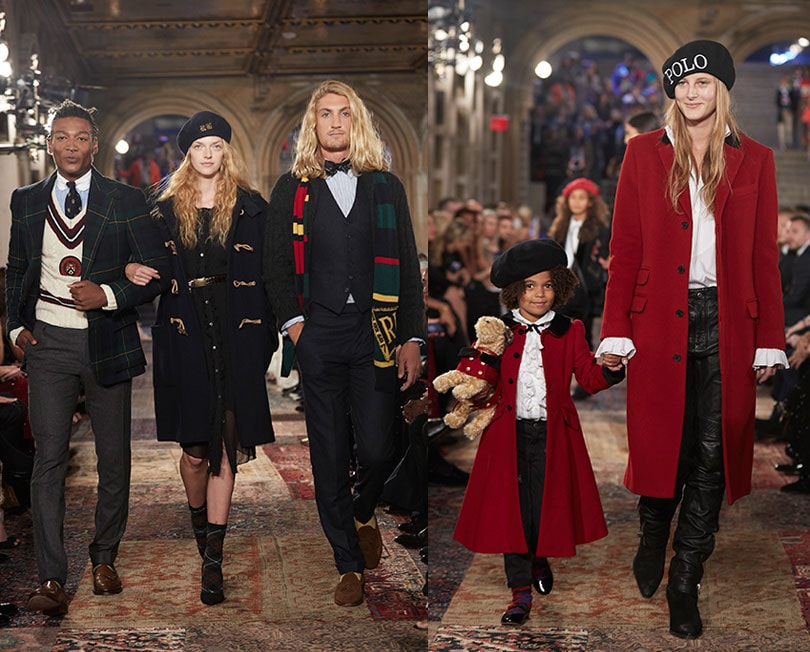 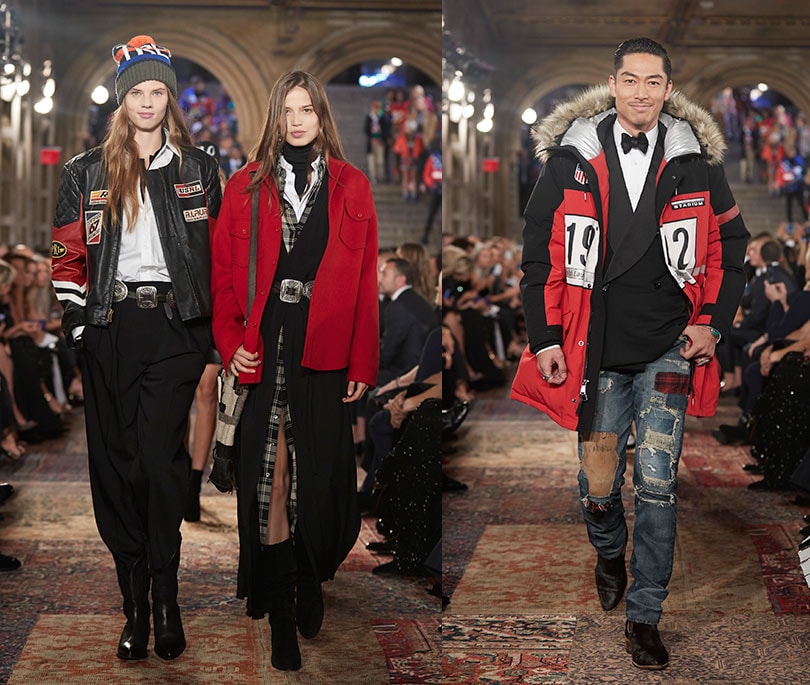