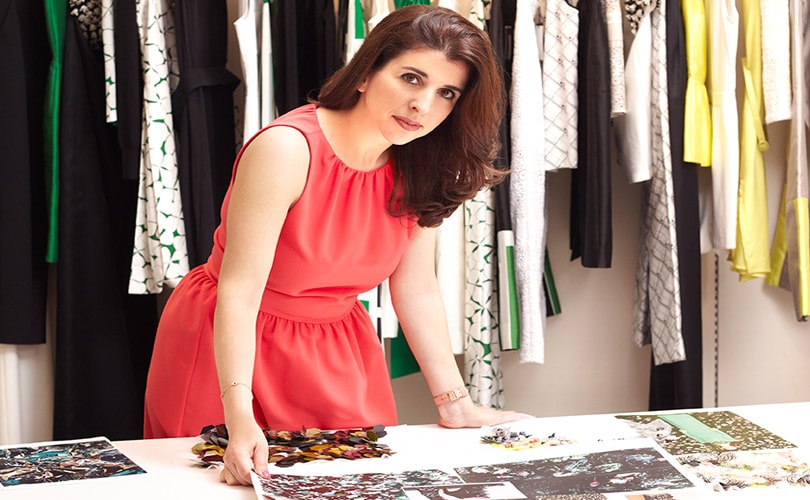 Raoul: 'On the right track' to succeed

Since it's international debut during the 2010 New York Fall/Winter fashion show, Singaporean fashion label Raoul has been busy winning over loyal followers around the global. Best known for its designer looking products, the affordable luxury brand was founded by husband and wife duo Douglas and Odile Benjamin 2002. Within the span of two months, the homegrown brand has been awarded 'Brand of the Year – Fashion' during the World Branding Awards and 'Outstanding Homegrown Fashion Brand in Singapore' at the Asian Couture Federation Awards Gala.

Odile, who is creative director for the label, believes the recognition is a “little pat on the shoulder” and confirms the Raoul is on the right track. FashionUnited took a moment to talk to her about Raoul. 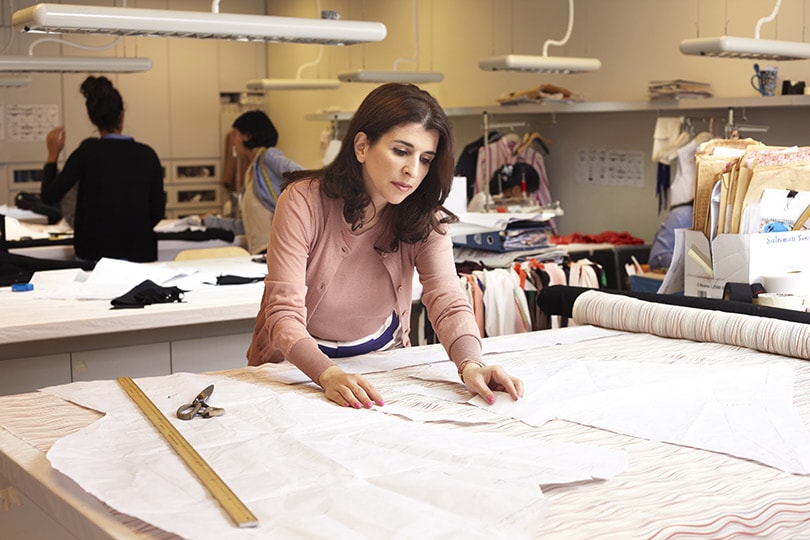 Where did the idea to launch Raoul come from?

Odile: “It has always been Frank's, (Douglas father) dream, since the early 90s and 00s to start FJ Benjamin's own brand and be more in charge of the company's own destiny. As times changed over the years, business began to boom in Asia, all the big brands slowly wanted to take back control of their own business, so partners operating on a franchise model sometimes found themselves losing their contract after a certain period of time. So the whole business model changed and we started mooting the whole idea of starting our own brand, on and off over several years.”

“Then one day my husband, Douglas, woke up one morning and whilst getting dressed he noticed his shirts were not looking too great. They were fraying around the edges. He would go to London and buy a couple of expensive shirts every season, but they just wouldn't last. He turned to me and asked; 'How are you washing my shirts? Why aren't they lasting? Are you putting them in the dishwasher?' Of course, I said no, they just aren't great quality. He was upset and confused because of the amount of money he spent on them. 'You know what? We are gonna do something about this,' he told me. 'I am going to start my own brand of mens shirts.' At first I thought he was joking, I knew he had better things to do, plus men didn't really shop at the time. But Douglas believed this was because men didn't have anywhere to shop.'There is a need for this,' he said."

“At the time, which was early 2000s, either you went to very expensive brands and shirts would cost upwards of three hundred dollars or they were very cheap from brands like Zara. There was nothing in between them, no well made, feel good shirts that you could buy without having to spend an arm and a leg. So we zoomed in on that niche." 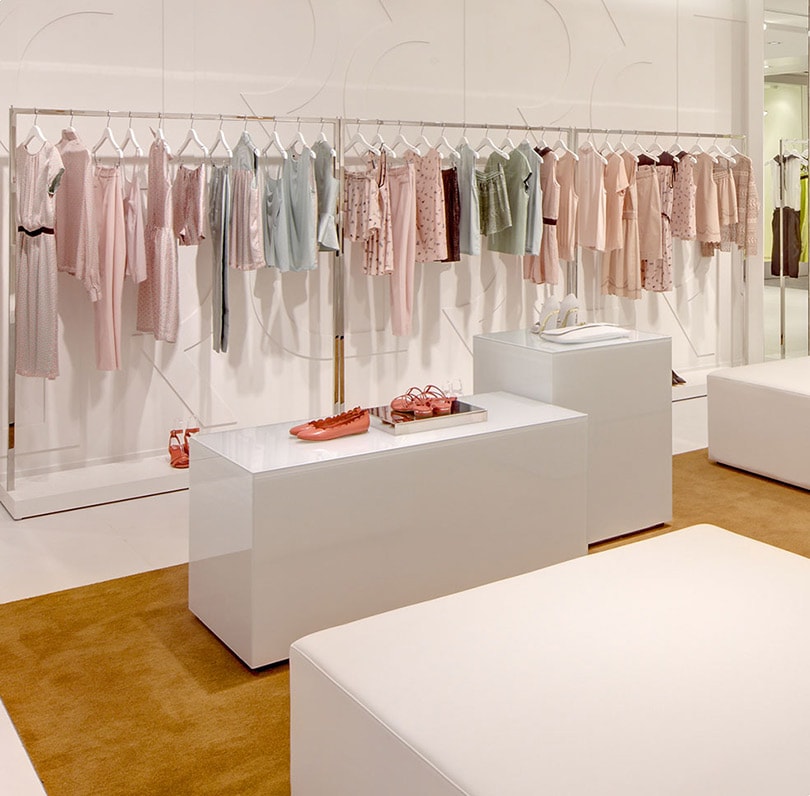 When did you first launch Raoul?

“Well immediately that same day, Douglas called in the architect to start designing the store interior, the landlords to start looking for the store space and he called me into his office to start sourcing fabrics and study the makeup of mens shirt. We also started looking for factories and in six months we opened the first Raoul store. It was very quick, but our impulse hit a soft spot for a lot of men and we found that it was successful immediately.”

“The first store was just about shirts and accessories to go with shirts, but we did in a cool way, we placed a Ducati motorcycle in our store window, we had a pool table in the middle of the shop floor, so that it looked like a mens club and men loved it. Stores starting mushrooming everywhere, in Singapore, in Malaysia, Indonesia, Australia and there was such demand for the product.”

What made you decide to branch out into women's wear and other categories?

“The brand really grew out of demand from our customers, rather than us overthinking it. It was very much a demand driven development. Women starting asking for the same thing we were making for men soon after the first store opened. Because we did not offer anything for women and most men tend to shop with women, we had a lot of women engaging with our stores and many of them were excited by the product. They started buying our shirts in smaller sizes and altering them to fit. Which did not sit well with us, so we decided to try and start making shirts for women as well.”

“Raoul grew organically from there. Women started buying the shirts so easily because it's such an easy product to pick up and then they started asking for skirts to go with them, and jackets, accessories and handbags. By 2008/ 2009, we were doing a full collection of men's ready to wear, women's ready to wear, accessories, handbags, shoes and small leather goods, the full spectrum." 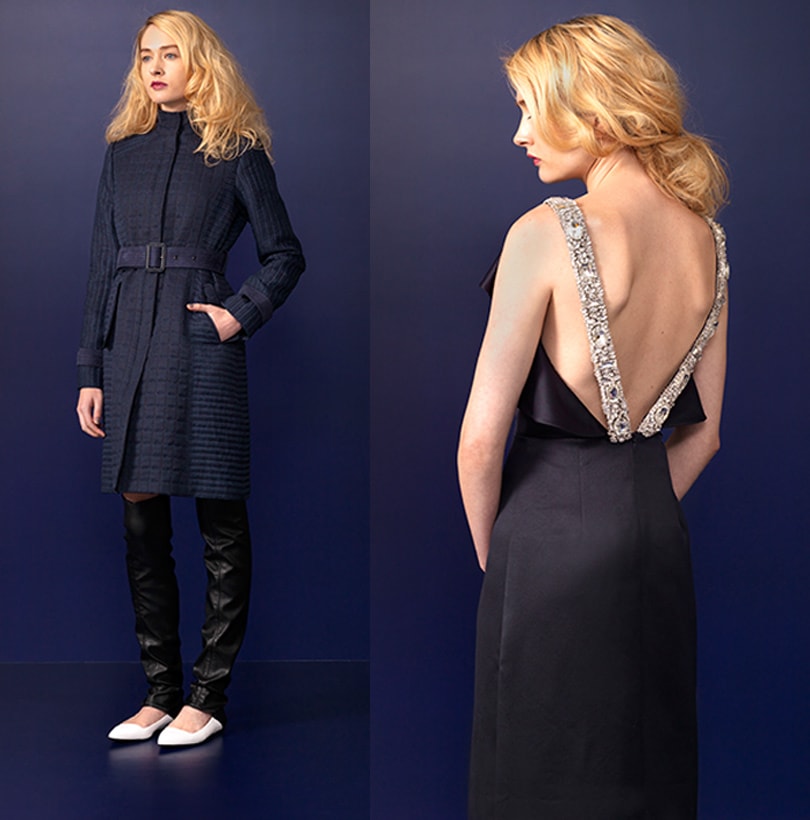 What sets Raoul apart from other fashion labels in your opinion?

"What is interesting about Raoul is that the product is luxury, but niche located. It is a designer looking product, but price wise it falls into the middle segment. That is what we felt was the whole theory behind the brand, that you have great quality, great fit, great design, it looks and feel expensive but you are not actually paying a high ticket price for it. Which for us was both an advantage and a disadvantage because when we first launched the brand there was nothing else like it on the market.”

Raoul currently has a number of standalone stores throughout South East Asia and stockists across Europe and the US. Are there any plans to open additional stores any of these locations?

“We are actively looking for the right locations to open stand alone stores in the US and Europe, it's been in pipeline for a while, but we have been waiting for the right opportunity to come along and present itself. We have been looking in Europe, but it has been going through a rough patch, so we are not 100 percent certain this is the right time to step into the market. We will see how the economy progresses over the next 18 months before we make any decisions.”

“Opportunities for a store in the US look more hopeful. I think the economy is definitely picking up there. But we are just being very careful at the moment. We are very happy with the distribution system we have in place at the moment, happy with the clients we have. The brand has a good strong following and many clients have started to come looking for us, so we are happy with how we are progressing. We just launched our e-commerce, so that's another way of reaching out to others as well. It's really just striking the right balance between the brick and mortar and e-commerce to make sense financially."

As creative director for such an international brand, you must have a strong artistic team working with you. What is the design team for Raoul like?

“Well, we are based in Singapore where our headquarters are, so I have a design team based here as well as a product development team. Everything gets developed here in Singapore, cutting, sampling, pattern making, everything gets done here in my studio, in house. We have a full studio with our own pattern makers, cutters, seamstresses, digital plotting machines. I have a team of about 40 people in Singapore and then another team in Hong Kong and China who do all the various work developments and sourcing for me as well.”

“But to make sure that I am not cocooned in the small world that Asia can be, I also work with a team of designers in London, because I feel the pulse is there. The energy, understanding what happening in streets and in stores, getting a feel for the latest direction, whether it's hem length or the mood of the people, there is just such a buzz in London. We also do a lot of vintage sourcing out of London and Paris. To make sure I am not too European-centric or leaving the US out of the picture, I also work with a stylist in New York, who gives me her input and helps Americanize the product. There's slight difference in terms of taste, what works for one market versus what works for another, so the American stylist comes into the picture to give me her input.”

“So in the end I get a little bit of everything. I get the Europe aesthetics, which is my main aesthetics, but I also make sure I am dressing the American market. Based in Asia I am on top of all the latest resources and developments and all the latest technologies, in terms of fabrications, materials, different techniques which we can get our hands on very easily sourcing out of Asia. So we are widespread in that sense.”

Where do you find your inspiration for Raoul's collections?

“It varies a lot from season to season. Me and the design team get influenced a lot by art, when it comes to doing some of our prints, but I have to say that I think that inspiration for me tends to be very much driven by my customers and clients. They are the ones who inspire me in terms in which direction I need to take every season. Understanding the social pressures and demands and the state of mind that society is in at the time all influence the design direction that I take. When it comes to prints, I always think that art is a great influence that we fall back on, or vintage pieces, we find a lot of inspiration in iconic pieces too, as well as the high points in fashion history mainly the 60s, the 70s and the 90s is a great fall back. These are influences that we tap into at various times, but it should always fit into that woman that I am trying to address, who is the woman I am dressing, who completes my collection when I am looking at it.”

Lastly, who do you think 'the Raoul woman' is?

“The Raoul woman is a working woman, the woman who leads the type of lifestyle I lead, she has a very active social schedule, she works, she has family and juggles a lot things. She wants to look great and feel that she has a wardrobe that is going to work for her, so it's a very interesting niche market. It's not the niche designer market, it's not the mass market, it's not the middle market in terms of look, it's combining all these areas in one at a great price point. It's hard getting the balance just right, but we've found our formula.”

“She can't be too old or too young, or too mature or contemporary, it has to be the right balance that addresses the right woman. Although the Raoul woman may be leading the same lifestyle, aesthetically she may need something else for life in Europe than life in Asia. There are various things that come into play. So we strike a balance between it all.”