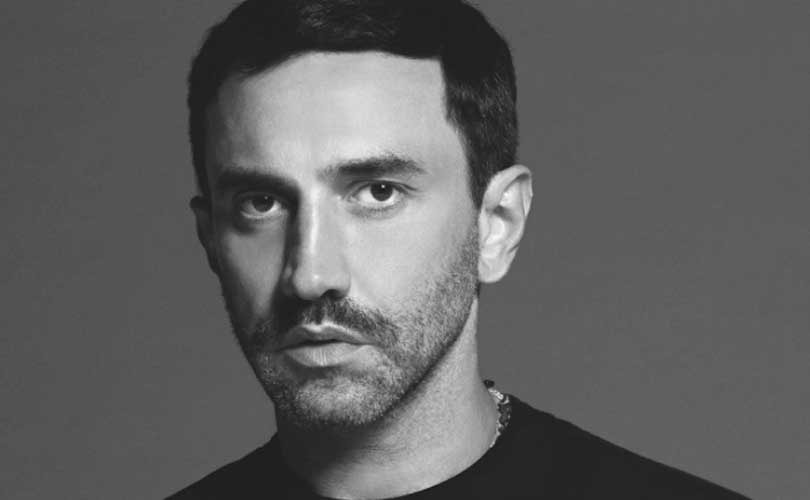 As Riccardo Tisci confirmed that he was leaving Givenchy after 12 years, social media has been reacting to the news, including a warm thank you from the fashion house’s official Instagram account.

Tisci, who has 1.8 million followers on Instagram, posted an image of a sunset with the caption: “A giant heartfelt thank you to #givenchy, #lvmh, my incredible team, the magical atelier and everyone who made these 93 collections possible and all the other crazy adventures. Your love and support, in the day and in the night, will forever remain in my heart. #love #givenchy #forever.”

Which he followed up with a young picture of himself with the caption: “To EVERYONE involved in these past 12 beautiful years, to the friends, assistants, agents, the collaborators, the press who believed and the ones who didn't, the models who made my dreams come true, the photographers, editors and stylists who brought the clothes to life in the most breathtaking way every time and to so many more : I LOVE YOU AND I AM GRATEFUL FOR EVERY MINUTE, EVERY LAUGH, EVERY MOMENT. FOREVER AND ALWAYS. #love #grateful.”

The House of Givenchy applauds Riccardo Tisci’s vision that led to a very successful twelve-year partnership. We warmly thank him for his outstanding contribution to our beautiful ongoing story

While the official Givenchy account posted a portrait of the designer saying: “The House of Givenchy applauds Riccardo Tisci’s vision that led to a very successful twelve-year partnership. We warmly thank him for his outstanding contribution to our beautiful ongoing story .”

Photographer Mert Alas thanked the designer and Givenchy for including him and his partner Marcus Piggott in some of their main campaigns: “Light & dark, couture & street, contemporary and romantic – we are proud to been part of this history and world since we first met in 2009. Wishing you and Givenchy continued success in the next chapter! LOVE GANG FAMILY.”

Model Bella Hadid called the designer a “genius of our generation” as well as her “brother”, while Carine Roitfeld simply captioned her Instagram post “we are family”, and supermodel Naomi Campbell wished him “more success on your journey and path”.

There were also tributes from Joan Smalls who called Tisci a “true trail blazer and an inspiration”, with fellow model Irina Shayk thanking him for making her “part of your gang”, while Candice Swanepoel called it an “honour to be a Tisci girl” in her Instagram post.

More of the Givenchy family of models including Lineisy Montero, Camille Hurel, Greta Varlese, Natasha Poly, and Imaan Hamma also posted messages, as did Kim Kardashian, who has worn many of his designs, who posted a picture of her favourite gown.

Celebrity stylist Elizabeth Stewart, who worked with the designer on numerous red carpet looks including for actress Jessica Chasten pictured in the Instagram post said: “The brilliance of @riccardotisci17 at @givenchyofficial will be greatly missed!”

Rumours are already swirling on where Tisci might land next, with many saying that he is set to take over as creative director at Versace.