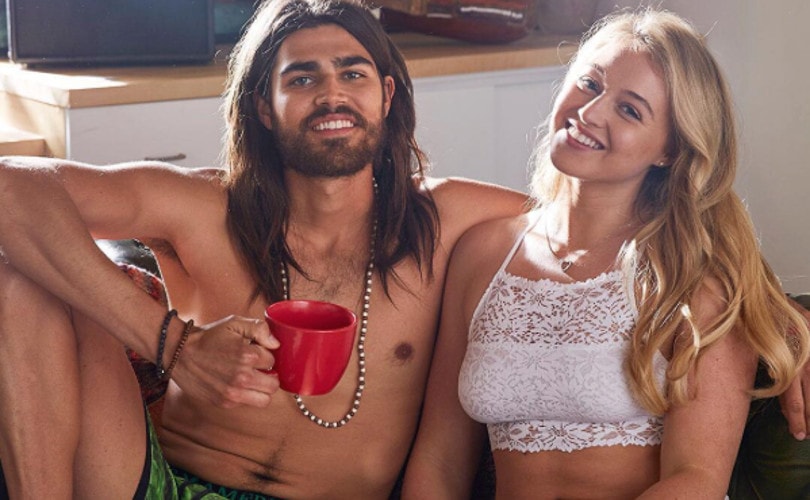 US fashion retailer American Eagle Outfitters has won over thousands of fans through its campaign #Aeriereal, which features real, untouched and non-photoshopped models of all sizes in their swimwear and lingerie, promoting self-love and body positivity amongst women. Now it seems as if the retailer has decided to extend this message to men as well through a new campaign known as #AerieMan.

The new campaign, which is said to have been developed for the retailer’s men’s underwear line, echoes American Eagle’s lingerie and swimwear division, Aerie, ethos concerning body positivity and aims to celebrate different body types by featuring four men in all shapes and sizes. In the untouched and non-photoshopped campaign, the four men share the message “the real you is sexy” in their own way. However the videos, which were developed to accompany the campaign, featuring Aerie role model Iskra Lawrence as well as male ‘models’ Devon, Kelvin, Matt and Doug, are a little different from the usual campaign videos released by Aerie.

Is Aerie's #AerieMan a clever tongue-in-cheek advert, or an elaborate April Fool's prank?

For one, the models, which include Kelvin Davis, the man behind the style blog Notoriously Dapper, as well as professional male model Matthew, health nut Doug and regular-guy Devon, doing yoga, sitting in a bubble bath, taking selfies and dancing around in their underwear in an overtly playful manner, suggesting something else is up. For those who do not know, American Eagle is notoriously known for pulling very elaborate pranks on April’s Fools Day (April 1), which range from launching a spray denim line to a collection of clothing for dogs (which the retailer actually ended up putting into production) and all signs seem to hint that this campaign is right up there with them.

According to a previous description on American Eagle’s website, which has since been taken down, the campaign is a “a celebration of REAL men who love themselves inside and out.” Spoof or not, this is a strong message for any brand to spread as body positivity is one of the many issues both men and women struggle with around the world. However, if this whole campaign is in fact a prank, then it raises several questions concerning American Eagle's dedicated to their succesful #Aeriereal campaign. "The women's industry has been changing the game for body diversity, and it's helped lead the conversation for more male body diversity too," said Kelvin Davis in an interview with Glamour on the campaign. "People are now starting to get in on the issue, and it's all positive. Everyone deserves to be celebrated!"

However in spite of the positive message embedded in the heart of the campaign, if it is indeed a prank, then the question arises who is the retailer poking fun at? Themselves and their own message of positivity? Or the fashion industry itself? The double standards faced by men and women? It seems as if the true intention of this campaign is just lost in its execution. Whilst American Eagle continues to decline whether the campaign is an April Fool's prank, or not, it in turns just causes people to question the validity of Aerie's body positivity image as a whole and American Eagle dedication to the cause, for the sake few cheap laughs at a hairy man doing yoga in a pair of tighty whities.

In addition to the highly questionable nature underlaying the entire campaign, the US retailer also appears to be sending out a double message in terms of embracing body positivity. How so? Online, all the male models used to within its product photography for it's male underwear line are traditional, fit male white models. One of them even shares the same tattoo as Matt, which may indicate that he is the only body from the four guyw which acutally fits into American Eagle’s brand profile. So whilst Aerie may want its consumers to think that they are trying to change the industry and promote body positivity, it may have just taken a large step backwards in promoting the cause with its spoof (or non-spoof) #aerieMan.