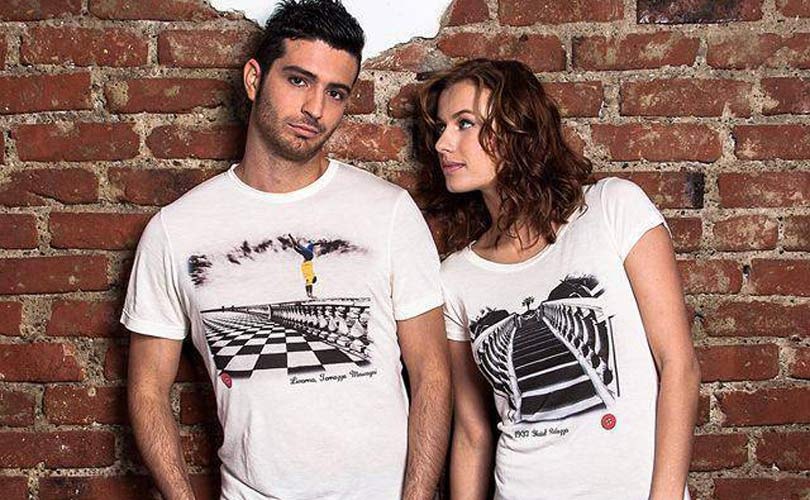 It was just another regular morning. Antonella Bellina woke up, made herself some breakfast and decided she wanted milk in her coffee. But, when she took the first sip, a foul taste took over her mouth: the milk was way past expiration date.

What could have been just a ruined breakfast actually sparked a business idea that would change the course of Bellina’s life. Having worked as a researcher in the Italian textile industry for over 10 years, she thought: “what if we converted sour milk into fiber?”. After all, the protein in wool is very similar in structure to casein, the main protein found in milk -- and an estimated 30 million tons of dairy go to waste each year in Italy alone.

The idea wasn’t entirely new. In the early 1900s German chemist Frederick Todtenhaupt was already attempting to turn milk byproducts into a silk substitute, but his efforts came to no fruition. It was only in the 1930s that Bellina’s compatriot, engineer Antonio Ferretti, managed to produce fabric from milk.

Backed by Mussolini, who was more than interested in achieving economic self-sufficiency, Italian company SNIA Viscosa began producing milk-based fabric at large scale in the mid 1930s and even sold patents to other countries, including Germany, Belgium, Japan and England. The innovation was celebrated in this 1937 film by the British Pathé, which says “in the future, you’ll be able to choose between drinking a glass of milk and wearing one”.

However, the new product was far from perfect. It wasn’t as soft or durable as wool and threads came out when ironed. As a result, Italy’s milk-based fabrics soon went out of fashion, unable to compete with upcoming synthetic options which were not only more resistant, but also considerably cheaper.

Cut back to 2019, when the world is threatened by global warming and alternatives to oil-based products such as polyester are much needed. It makes a lot of sense to give milk-based fabrics a second chance. That’s exactly what Bellina is doing as CEO and Creative Director of Duedilatte, a Tuscany-based fashion label which has managed to achieve a much softer and resistant version of the material. In addition to giving a second life to what most people consider waste, milk-based fabrics require much less water to produce: to make 1 kg (2.20 pounds) of milk-based fiber one needs 1 liter (0.26 gallon) of water, while the production of 1 kg of cotton requires 50 liters (13.2 gallons) of water.

FashionUnited spoke to Bellina to learn more about her business.

How does the process of converting milk protein into fiber work?

The process is actually very similar to making cheese. We extract casein from the milk and then dry it until it becomes a powder. Then we spin this powder into fiber in a machine that resembles the one that makes cotton candy. The resulting fiber is white in color, but we can dye it. Duedilatte uses natural dyes only, such as strawberry or coffee. The liquid material we’re left with after extracting the casein from the milk can be used to feed farm animals, nothing is wasted. Here in Italy there are places where you can collect sour milk for free, so basically we only pay for transportation and the production process in our lab.

How did the market and consumers receive your product?

It was hard to enter the market even though the textile industry here in Tuscany is very expressive. We had to do a lot of research before finding Spinning Factory and Fabric Factory, two companies which not only believed in my product, but also had the necessary equipments to make it. We’re still a small company but little by little we’re scaling up our production. We’re even developing a collaborative collection with a big Italian brand, but I can’t disclose any details yet. You’ll soon hear more from us!

We started five years ago, but the first three years were dedicated to research and development in the lab. It’s only from last year that the market seems to have understood what milk-based fabric is and the advantages it offers. It’s hypoallergenic, antibacterial, softer on the skin, it even hydrates your skin. Not to mention, of course, the fact it’s 100 percent natural.

In terms of fashion, what does your label offer and where is it sold?

We decided to start with T-shirts, because they’re unisex and the fabric is in direct contact with the skin, so people can actually feel the difference. Now we’re expanding to offer baby clothing as well, as we believe the properties of our material are ideal for babies’ sensitive skin.

For the moment, our clothes are only available in Italian boutiques, but we’re planning on expanding in the rest of Europe soon.

Besides expanding to other European countries, what are the company’s plans for the future?

We want to expand not only our production, but our product offering as well. We also never stopped researching, the idea is to continue innovating with new fabrics and blends. We also want to sell our fiber to other companies interested in developing milk-based collections.

Global Fashion Stories shares inspiring stories from fashion entrepreneurs around the world, as FashionUnited believes fashion professionals can inspire each other, no matter who they are or where they are.