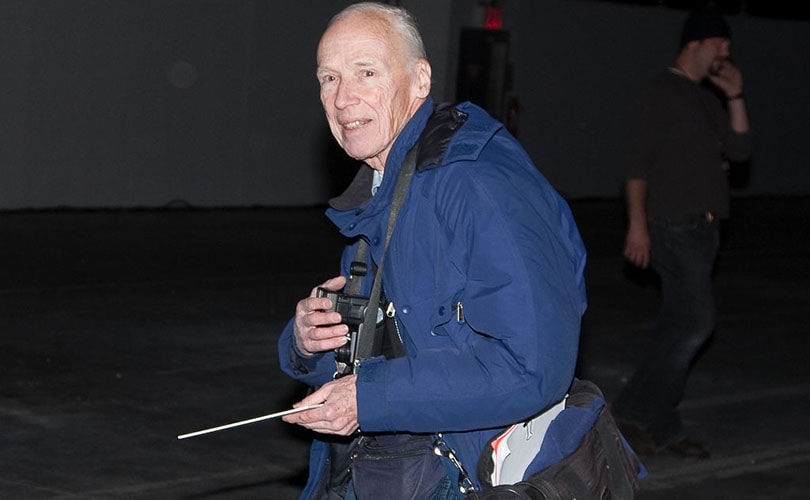 London - This weekend was marked by the passing of Bill Cunningham, celebrated and legendary street and fashion photographer for the New York Times. He passed away Saturday night, aged 87, after being hospitalised two weeks ago following a stroke, reported the Times.

“It’s not work, it’s pleasure. That’s why I feel so guilty. Everybody else does work — I have too much fun. ”

With a career spanning more than 50 years, Cunningham is best remembered for the great passion and love he held for his work. Often seen outside of fashion shows and combing the streets of New York for new subjects on his bicycle, Cunningham has been credited for paving the way for street, fashion photography. Rather than focusing on the who was wearing the outfit, Cunningham photographed the clothing itself, celebrating the individual sense of style. "I’m not interested in celebrities with their free dresses," he said. "Look at the clothes, the cut, the silhouette, the colour. It’s the clothes. Not the celebrity and not the spectacle."

"We all dress for Bill," Anna Wintour once said. The legendary @nytimes photographer was truly a national treasure, 1929–2016. Photographed by @arthurelgort, Vogue, July 1992.

His love of great fashion was one of the main drivers of his work, although he famously refused to see his photography as “work.” “It’s not work, it’s pleasure,” he said on his life's work in 2008 to WWD, during a reception held in his honour. “That’s why I feel so guilty. Everybody else does work — I have too much fun.” Never one to stand in the limelight himself, over the years he gained followers across the industry and outside of the world of fashion, raising to new heights of fame with the launch of the 2010 documentary “Bill Cunningham New York.” His sudden and unexpected passing left a deep impact on an industry already shaken by recent events such as the Brexit. However, in true Cunningham style, many key industry figures took a moment to remember and celebrate his life's work.

"Dear Bill Cunningham. You were the most vibrant, vigilant and honest photographer of style 'on the street' and for 'evening hours' for the New York Times," wrote Suzy Menkes on Instagram, International Editor for Vogue, in one of three Instagram posts remembering Cunningham. "I remember you receiving the Order of Arts and Letters in Paris - chuckling with pleasure, while announcing that you didn't want 'all that fuss'."

Bill Cunningham, the greatest street photographer fashion has ever had, has laid down his camera for ever. He has died in New York at age 87. His bicycle is stilled. He won't be coming up to me any more saying 'Hello child' in his gravelly voice. I shall miss him so. As will the fashion world which has lost an honest and true reporter worthy of the New York Times where his work was cherished. May he rest in peace - but his incomparable record of changing styles last for ever.

“Bill you were always there with a smile and such class. A truly great man and artist capturing all the moments,” wrote British designer and sustainable advocate Stella McCartney on Instagram. “I will miss you.”

Bill you were always there with a smile and such class. A truly great man and artist capturing all the moments... I will miss you x Stella

"He was very popular, just as much in Paris as in New York. He was very modest. He didn’t always have the best seat [at fashion shows], but was always in a great mood," said Didier Grumbach, the former president of the Fédération Française de la Couture, du Prêt-à-Porter des Couturiers et des Créateurs de Mode to WWD. "He loved fashion in an incredible way until the end. He jumped for joy after a show he liked...he did a lot for Paris. He attended the first Christian Dior show in 1947; he saw the beginning of Yves Saint Laurent, the beginning of ready-to-wear. He was a witness like almost no other."

"Dear Bill Cunningham got to know you since 1986, you always had the biggest smile that would light up a city, always called me kid when I was way beyond one," wrote supermodel Naomi Campbell in a tribute posted on Instagram. "

Dear Bill Cunningham got to know you since #1986 , you always had the biggest smile that would light up a city, always called me kid when I was way beyond one. And So elegant you always was. So sad to lose you such a great man with a beautiful soul. Going to the Metball and any other big fashion red carpets will not be the same without you. I love you always , condolences to your family #RIP

"He was wonderful, always smiling, curious about everything, passionate and so humble!” said Sarah Andelman, creative director and purchasing manager of Colette, to WWD. “I asked him to do an exhibition. He would always politely answer yes, but clearly he didn’t want to be in the spotlight."

#BillCunningham we will miss your inimitable eye.

“He had such an eye,” said Carine Roitfeld to WWD. “He paved the way for other photographers. We all dreamt to be featured on his page in The New York Times. It was the page to be on...He’ll be greatly missed.”

Another legend left! Bill Cunningham , always a smile, night and day, you inspired all of us!!!!you called me "my child" goodbye mister Cunningham

“This is the first photo Bill Cunningham took of me,” wrote designer Jeremy Scott in a tribute posted on Instagram. “I was 18 years old and was offered a ticket to the CFDA Awards from school. I was all dolled up in my fancy dudz with a vintage top hat and scarf. I felt so cool and that was validated 100 percent when Bill snapped my photo. The next day when I was back at school working at the job placement center on campus the phone rang. I answered it and it was none other than Bill Cunningham!! He said I took some picture last night at the CFDA of some students from Pratt and need help to find their names - I enthusiastically replied you photographed me!! I was wearing the top hat and scarf with the slit leg tuxedo pants that’s was me! That was meee!! Oh good Bill exclaimed and told me I look fantastic and described the looks of my friends so I could give him their names too. (This was pre internet remember!) He thanked me and generously sent me a print of the photo! His validation of my personal style gave me so much fuel to believe that I was on the right path at the very tender age. As one of the people who inspired me to want to go into fashion this meant the world to me, he meant the world to me. #ripbillcunningham”

“A fashion icon,” recalls model Gigi Hadid in a Tweet.

#RIP #Billcunningham The most gentle man and incredible talent.

Photo: By Georg Petschnigg from Seattle, US, Wikimedia