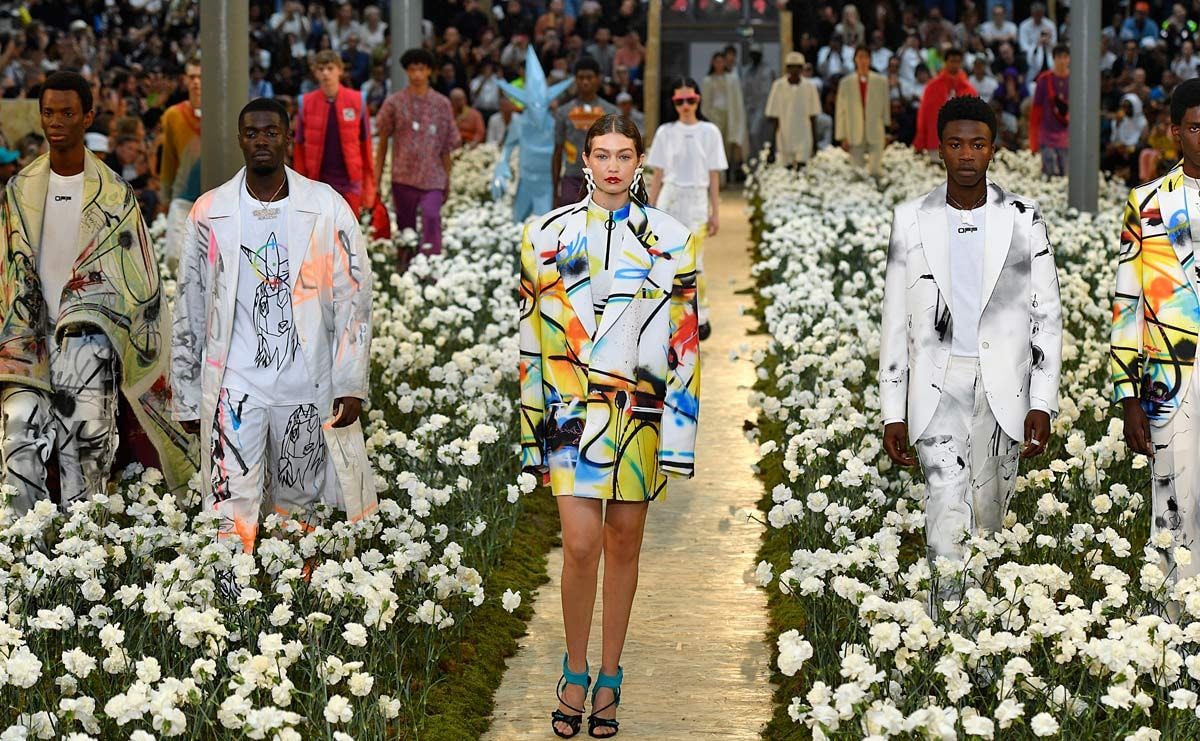 Style superstar Virgil Abloh produced one of the big moments at Paris men's fashion week Wednesday when he had Gigi Hadid walk through a field of white carnations at his Off White show.

The black American creator -- one of the hottest talents in fashion right now, who also heads Louis Vuitton's menswear line -- brought a host of stars to his front row. 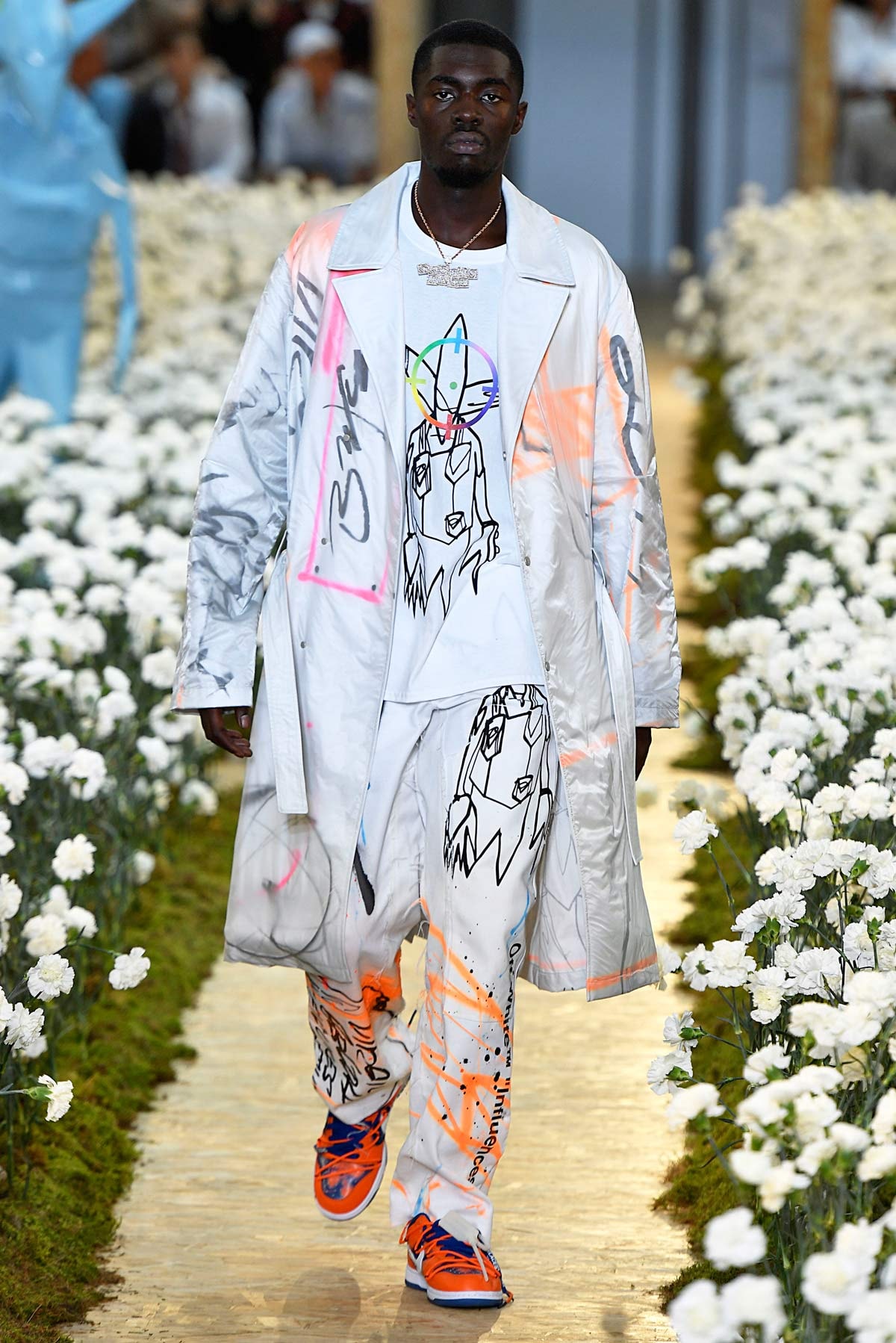 US rapper Sheck Wes opened the show in another Futura-decorated white ensemble, with one of the artist's sculptures called "Nosferatu" looming out of the field of white blossoms Abloh had transplanted inside a converted market in central Paris.

His army of models trampled the carnations -- which are a symbol of innocence -- at the end of the show.

Abloh seemed to question what humans were doing to the planet, opening the show to the sound of the steam trains that heralded the Industrial Revolution and ending it with the haunting Beatles song, "Blackbird".

The song is said to have been inspired both by nature and the US civil rights movement.

Several of the garments in the show Abloh called "Plastic" had recycling symbols alongside his own four-pointed square logo.

But he later said he was using the word as a metaphor for how in "our generation a banal term all of a sudden turns into a whole different context, basically in a matter of moments".

The former architect introduced a line of blanket-like capes to his high-end streetwear, with his usual trainers replaced by sandals with socks and hiking boots.

A major retrospective of Abloh's startlingly prolific work in art, fashion and design opened at the Museum of Contemporary Art in Chicago last week. Maluma, the reggaeton star who appears with Madonna in the "Medellin" track of her new album "Madame X", has been hailed as a "menswear icon in the making" this week by Vogue magazine.

He had already turned up at the Heron Preston show Tuesday and has been sending regular updates to his 43 million followers on Instagram of his progress through the Paris collections.

Despite Madonna wearing a Palomo Spain outfit for their video, the Colombian was noticeably absent from the flamboyant Spanish designer's show Tuesday which opened Paris men's fashion week. 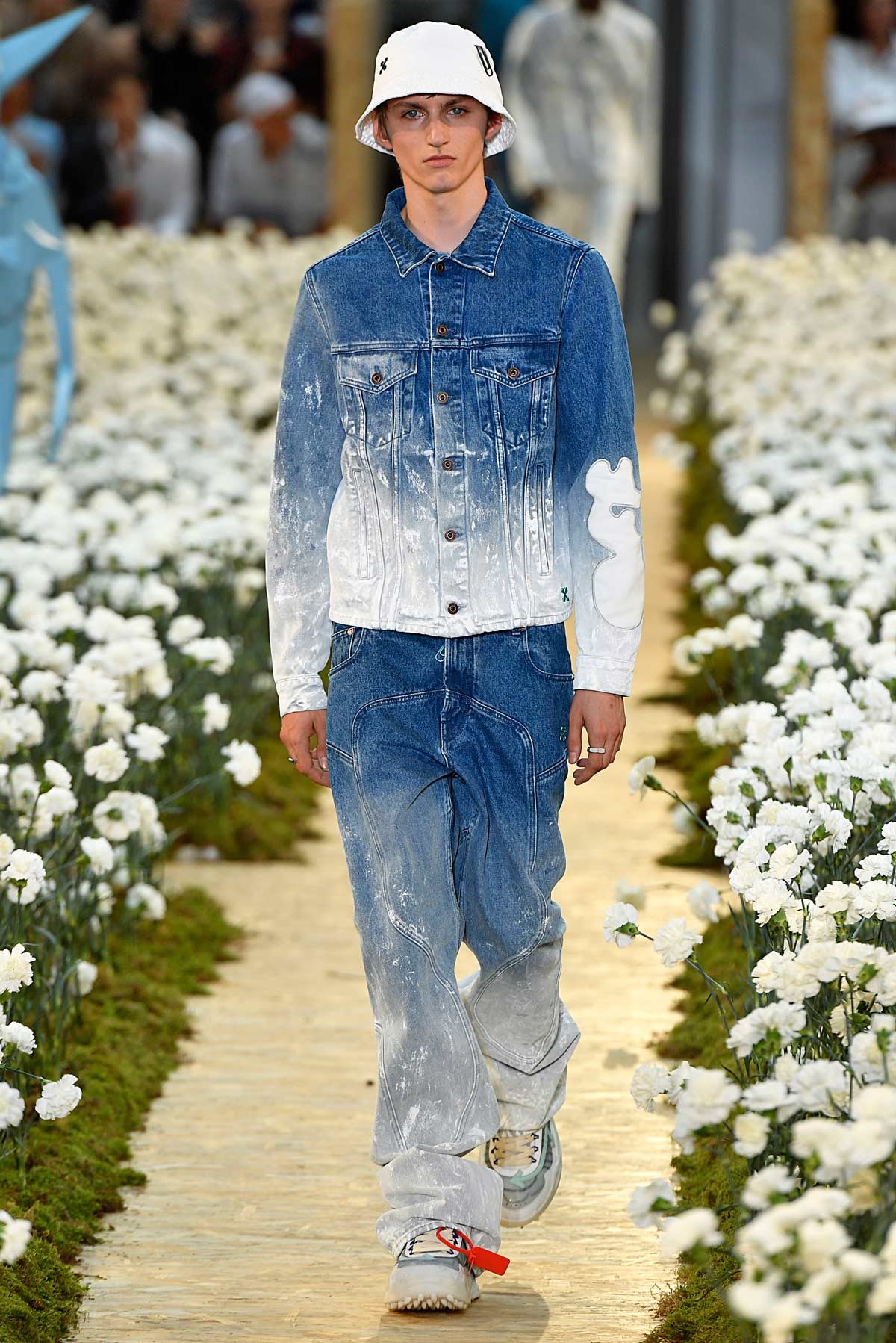 Belgian maverick Walter van Beirendonck created the day's most colourful and way out show which he called "Witsblitz", full of wacky atomic superheroes as well as some rather gorgeous one-of-a-kind jackets.

Where Van Beirendonck turned heads with avant-garde colour combinations his compatriot Y/Project's Glenn Martens went for the unexpected through deconstruction of everyday garments, so "a pocket becomes a sleeve, a collar opens up and turns into a shoulder pad, a bomber jacket can be worn upside down".

Japanese designer Jun Takahashi of Undercover took a much more conventional look at the classic black and charcoal grey double and single breasted suit/bomber jacket combinations, before adding ecotoplasmic prints of peoples and faces which slowly emerge from the fabric as the collection wore on. Former Dior and Calvin Klein supremo Raf Simons is due to round off the day with a late-night show in the Paris suburbs.(AFP)