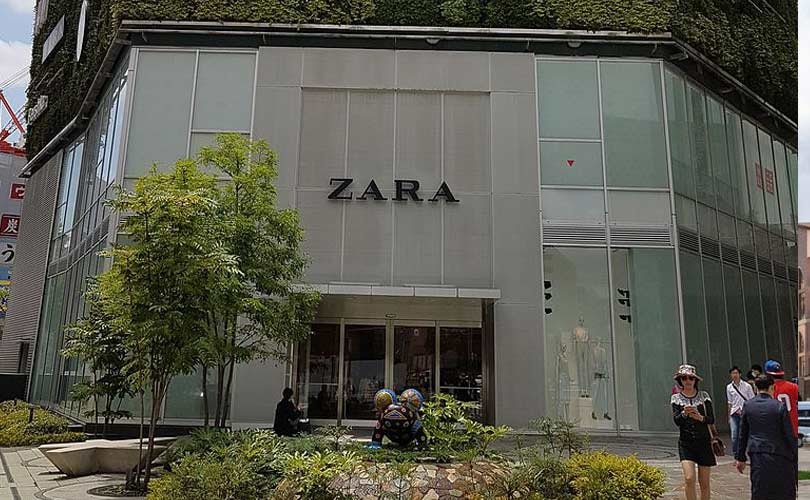 Donetsk, Ukraine - In war-scarred eastern Ukraine, the military look is all the rage this season, with fatigues and Soviet regalia a must-have for those who dress to impress in the battered crucible of the Russian-backed insurgency.

With international brands such as Zara and Levi's pulling out of the fighters' de facto capital of Donetsk, it has created valuable space for local designers who fill boutiques with clothes that reflect the bleaker realities of everyday life.

Designer Yulia Morozova, 27, says her most popular outfit for women in this industrial city is a number called "the little lump of coal" which she says symbolises eastern Ukraine. The long black-and-grey gown is speckled with sparkles and topped off with a translucent scarf decorated in the blue-and-red motif of the flag of the self-proclaimed Donetsk People's Republic (DPR).

The two-headed eagle -- the emblem of both the tsars and Vladimir Putin's Russia -- also features on a locally-designed evening gown. The war in the European Union's backyard, which began in 2014, has claimed more than 10,000 lives -- most lost to indiscriminate shelling or mines planted in exorbitant numbers by both sides.

These days, the conflict has calmed to low-intensity fighting in which periodic truces are sometimes broken but eventually peter out. Some southeastern regions of the former Soviet republic remain firmly under separatist -- and Kiev claims -- Russian control.

Clothes have inevitably come to reflect this reality and the military look along with old Russian standbys such as designs featuring nesting dolls loom large in adverts on the high street. One of Morozova's more eye-catching dresses is called "The Young Republic" which is overlaid in white embroidery and has full-length sleeves in the colours of the Donetsk flag.

"We all live in a young republic -- it is only starting to grow," Morozova explains to onlookers at a special outdoor exhibition of creations by local designers. Another dress features the hammer and sickle design on it "because we were all born in the Soviet Union," she says.

Fashionistas get the military look in war-scarred Ukraine

Not everyone is so happy about the replacement of global brands by fashion "a la Russe". Former languages student Yelena -- now unemployed and unwilling to give her last name for fear of retribution from pro-Russian rebels -- walks out of a large Donetsk shopping mall without making a single purchase.

"These military, pseudo-patriotic motifs, these nesting doll designs, embroidery 'A la Russe' -- none of it is quality material. I do not like any of it," the 27-year-old says. "A lack of demand and warfare have simply pushed good clothes out of Donetsk."

The bustling city which was once home to nearly a million people has today been taken over by local businesses and a plethora of stores selling cheap knockoffs from Turkey and China. Designer Tatyana Protchenko says her latest style inspiration came two years ago when the conflict was claiming lives almost every day.

"It was spring, trees were blooming, it was warm and beautiful outdoors but the shells were exploding and people were dying," Protchenko recalls. "The war has made a profound impact on my collection."

But she insists her designs are not meant to promote warfare. "The idea is that despite combat, the women of Donetsk remain delicate and feminine." But shopper Yelena questions why women would dress in military outfits or wear politically-charged flags of Russia and the two self-declared southeastern fiefdoms in times of war.

"You need this type of clothing for camouflage on the battlefield or to express your patriotism," she says. "But why would young women dress up in camouflage, and how can she help her country by pulling on a dress that looks like a flag?"

She shakes her head in disbelief. "I think these things should be left for the politicians and the army men."