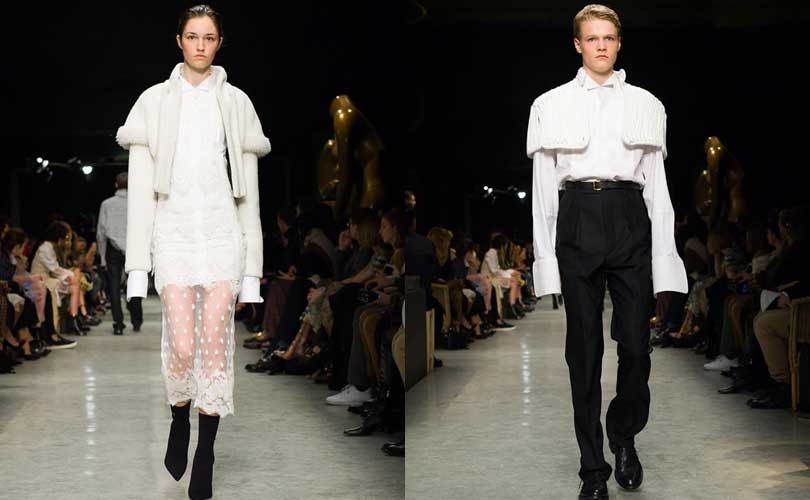 What does the future hold for Burberry?

London - One doesn't need to read between the lines to see that all isn't rose-coloured at Burberry. The company posted healthy figures, but a little analysis shows the fall in sterling and influx of shoppers snapping up trenches and accessories was only a short term win. Already the company is forecasting a 30 million pound exchange rate problem for 2017.

But the biggest issue is perhaps the brand and its collections, which despite upbeat descriptives in its press release like "greater visibility of fashion and newness," or "evolving our handbag offering" and "a new shape strategy," the industry is anxiously awaiting the arriving of Burberry's new CEO Marco Gobbetti in July, who will takeover from Christopher Bailey.

The Business of Fashion even went as far to say the company may be stagnating under the creative helm of Bailey, who will remain the chief creative office under its latest restructuring. Real newness in the business hasn't happened for some time.

Burberry has reduced its product offer by 20 percent

Burberry said it had reduced its product offer by 15-20 percent to re-focus its offering. It also said that it saw a “positive customer response to direct-to-consumer runway collections and their commercial extensions.”

Priding itself on its digital prowess, last year Burberry lost out to Gucci who was voted the most savvy digital luxury brand 2016. In February of this year Tribe Dynamics’ monthly earned media value report, which highlights the top luxury brands, third-party retailers’ and non-luxury brands’ accrual of digital media and respective engagement, saw Zara, Gucci, Asos and Adidas taking top positions in the rankings. Burberry didn't make it in the top ten.

Sales are levelling out, too. China saw comp sales flat although it noted an improved performance in H2. Mainland China delivered some growth, but not in line with previous years.

According to Bloomberg, Burberry is on track to achieve at least 100 million pounds of annual cost savings by 2019. "All this is a comfort for investors, because there's little to console them elsewhere. The company still has a mountain to climb to make itself a millennial must-have."