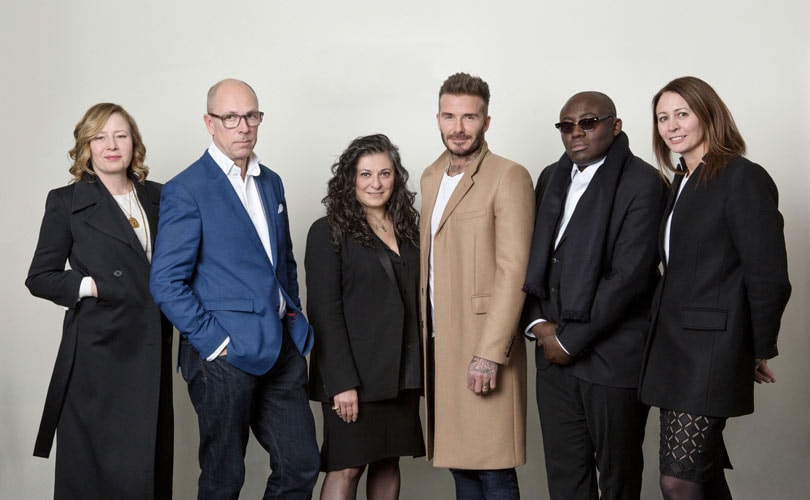 The British Fashion Council has appointed David Beckham as an ambassadorial president, where he will support the organisation in its goal to “build networks and partnerships in the United States and Asia”.

In the newly created global role, Beckham has been given an initial two-year tenure, where he will work closely with the British Fashion Council team to help boost support for the British fashion industry on a “global scale”, helping to raise the profile of emerging British fashion talent within the global investment and media communities.

As well as promoting ongoing innovation in the fashion sector, a key focus of Beckham’s role will be supporting the British Fashion Council across their Education pillar, helping them to reach young talent from all backgrounds across the UK through its Saturday Clubs, scholarships and apprenticeships, as well as increased engagement in arts education.

In a statement, the British Fashion Council stated that the first 12-months of Beckham’s new role will see the former footballer joining industry leaders including leading editors and designers to visit fashion education programmes across the UK.

The British Fashion Council also added that they will be using his global influence to host events in China and the United States, to gain support for its work across these important markets for British fashion designers.

“We have spent the last few months working closely with David to identify how we can build on our networks in Asia and North America as we aim to support increased opportunities for businesses to grow in these regions. David has been inspired by our work with emerging talent and education and his business acumen, global reach and passion for promoting talent and education make him the perfect Ambassadorial President to propel our industry into different corners of the globe.”

Commenting on his new fashion role, Beckham added in a statement: “Taking on this new role is an incredibly proud moment for me. I have long been passionate about British style, fashion and craftsmanship and this role gives me the chance to get under the skin of an industry I love."

“I am excited to be working closely with the British Fashion Council to promote and inspire young talent, from across the UK, on a global scale. The fashion industry is one of our best preforming global exports and I am looking forward to working with our future leaders and supporting the BFC in their global ambitions.”

This is a clever move by the British Fashion Council to increase the reach of British fashion and its emerging designers, Beckham has a large influence not only across social media, where he has more than 44.6 million followers on Instagram, but he also understands how to launch and sell products. Since giving up professional football in 2013, Beckham has relaunched heritage British menswear label Kent and Curwen, launched his own very successful grooming line, House 99, as well as introduce his own charity, The 7 Fund, and made his own whisky, Haig Club.