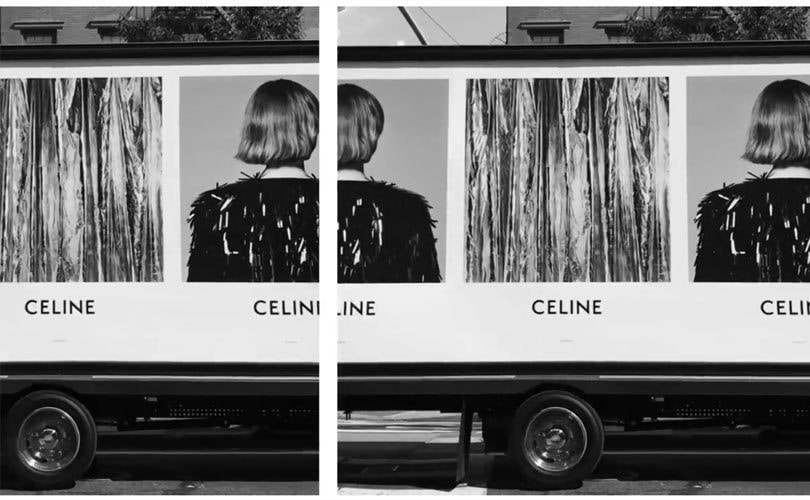 Superstar designer Hedi Slimane has revealed how he has been stricken by severe tinnitus as he makes his highly-anticipated return to Paris fashion week Friday at the helm of Celine.

The reclusive French creator -- one of the most influential of our times who is credited with coming up with the skinny look -- walked away from Saint Laurent two years ago.

Slimane, 50, opened up about his style, his friendship with Lady Gaga and his struggle with tinnitus -- a buzzing or ringing in the ears -- in a rare interview as he prepared his big comeback.

The mysterious and intensely private creator has been given carte blanche at Celine, making him the most powerful designer in fashion alongside Chanel's Karl Lagerfeld.

The Kaiser once famously shed 41 kilos (90 pounds) to squeeze into Slimane's skinny jeans, with Dior and Saint Laurent making millions from his much-copied slimline and rock star looks.

Now the "Sultan of slim" has let out the secret of his other big style innovation -- oversized.

"When I was a teenager, everything was always too big on me," he told the French daily Le Figaro.

"With a few exceptions it was impossible to find the perfect jacket. I would float in everything. All the clothes were 'boxy'."

Lady Gaga and his mum

"My mum knew how to cut jackets 'au chic' without a pattern. The ones she would tailor for me were perfect. I come from a family of tailors from Pescara, in the Abruzzo region of Italy. Maybe doing this job is a way of continuing this family tradition," he added.

Slimane also talked about his battle to overcome severe tinnitus and his relationship with Lady Gaga, who shared a picture of one of his new Celine bags to her near-30 million Instagram followers last month.

The singer -- who herself suffers from the painful chronic condition fibromyalgia -- posed with the new black handbag called the 16, after the address of Celine's headquarters at 16 Rue Vivienne in Paris.

"I gave her the bag in private as a present, because she's a longtime friend," Slimane said, adding that his "friends and loved ones" have helped him face up to his condition.

"I have severe chronic tinnitus. A year ago, I started hearing strange, persistent noises one morning.

"There's no cure. This tinnitus apparently comes from post-traumatic stress disorder not a sonic shock," he told Le Figaro.

"At first it got out of control, and I went through a very dark period, with phases of anxiety that were difficult to bear. The unthinkable idea of no longer knowing silence was unbearable to me. It was a spiral, a daily suffering," he said.

Slimane has dropped large hints on social media that he is plotting a revolution at Celine.

He has already changed the logo and erased all trace on Instagram of his predecessor Phoebe Philo's influential decade at the label, turning back its counter to zero.

But the designer denied that he was simply "marking my territory" by getting rid of the accent on the logo just as he dropped the Yves from Saint Laurent when he took over that label.

Big fashion houses "must evolve and unearth the essence of what they truly are. You don't shake things up by avoiding making waves," said Slimane.

"When there is no debate it's blind conformity.

"At Celine, the weight of the past is not as heavy as it is at Dior or Saint Laurent. We can break free of it more easily. There's no constraint, no model that is linked to a very important legacy. Starting from here, we can coin a vocabulary," he declared.(AFP)