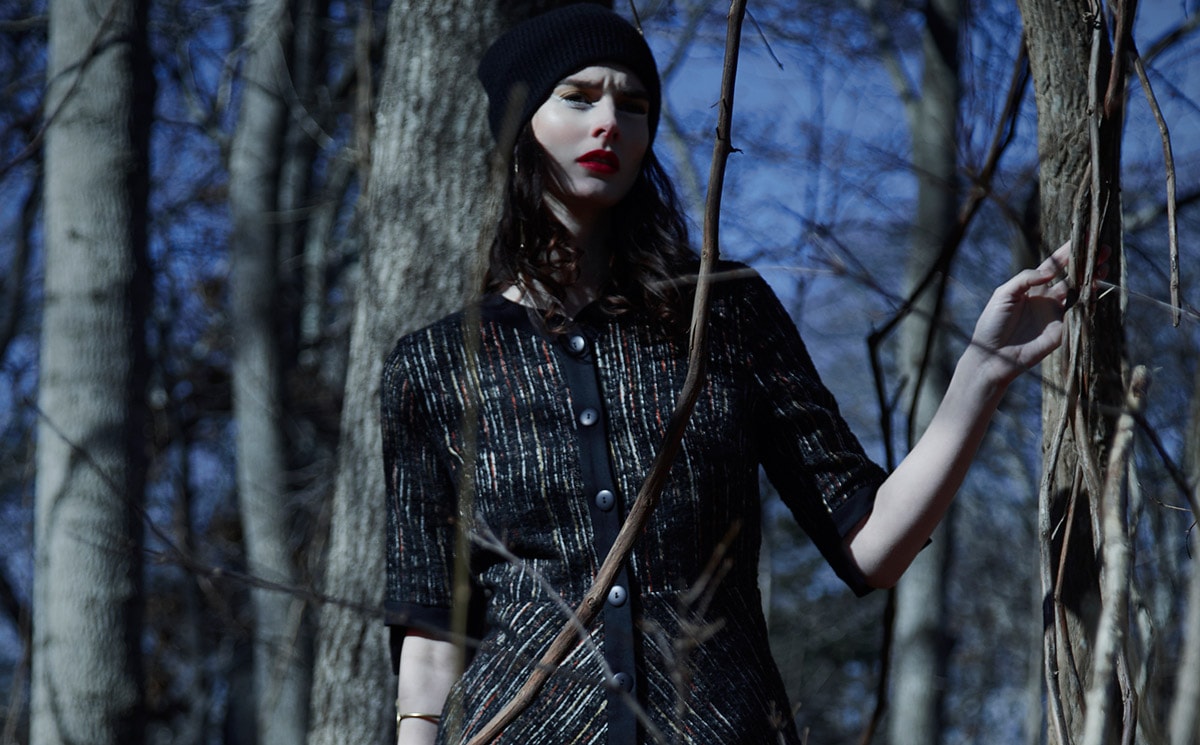 The American dream is alive and well. For it is here in America that a woman with a passion for fashion who immigrated from Vietnam with no formal design training could grow as an emerging contemporary designer in a very competitive market. Hanh Merriman has become one to watch in the fashion industry, and it was no easy feat for her to get there.

The Dallas-based fashion designer was born in Vietnam, and now has a showroom in New York City. 75 percent of her production is now done in New York City too, with the other 25 percent done in Dallas.

When Merriman was 12 years old, she began falling in love with fashion and dreamed of making clothes. At the time she didn’t know anything about sewing or making patterns, but she asked her mom to buy her fabric which she made an asymmetrical top with a triangle neckline. It was very fashion forward for the time, particularly for her small village in Vietnam. Unfortunately, when Merriman was a teenager her mom became very ill, so rather than continuing on with her passion for fashion she became interested in becoming a doctor to help people who were sick like her mother. 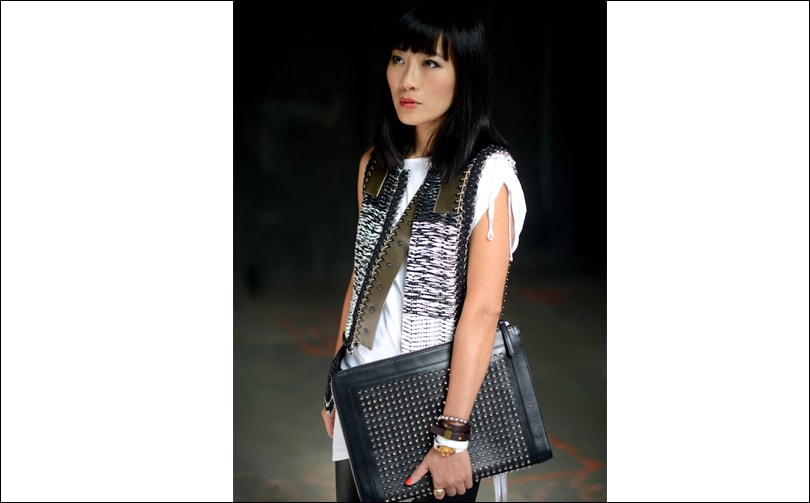 However, back in 1975 Merriman’s brother and sister had escaped Vietnam. With admissions to higher education being based on family history, Merriman wasn’t admitted to college because in the eyes of Vietnam her brother and sister had betrayed the country. She ended up staying home with her mother until her brother was able to sponsor her to move to America when she was 25 years old. Merriman would go on to have two kids, with her life focusing on being a mother.

Motherhood didn’t deter her from finding a hobby. She became a fashion and travel blogger at the height of blogger mania in 2006 and found a renewed love for fashion. After six years of blogging she began to shift her focus back to her family, but then came a closer look at her wardrobe. “One day I went into my closet and thought to myself ‘I need a closet update,'” Merriman said to FashionUnited. “But then I said, why don’t I finally design something and do a line, because I’ve wanted to design all of my life. I designed ten looks for myself and people started telling me they would buy these pieces if I had my own clothing line. That’s what really encouraged me to do this.”

Merriman would soon be introduced to Brian Bolke, the co-founder of Forty Five Ten, who introduced her to the Forty Five Ten buyers that told her if she produced a full-scale collection they would carry it in their stores. With her oldest child getting ready to go off to college, and her other child approaching her senior year of high school, Merriman jumped at the opportunity to have what would become her new baby. 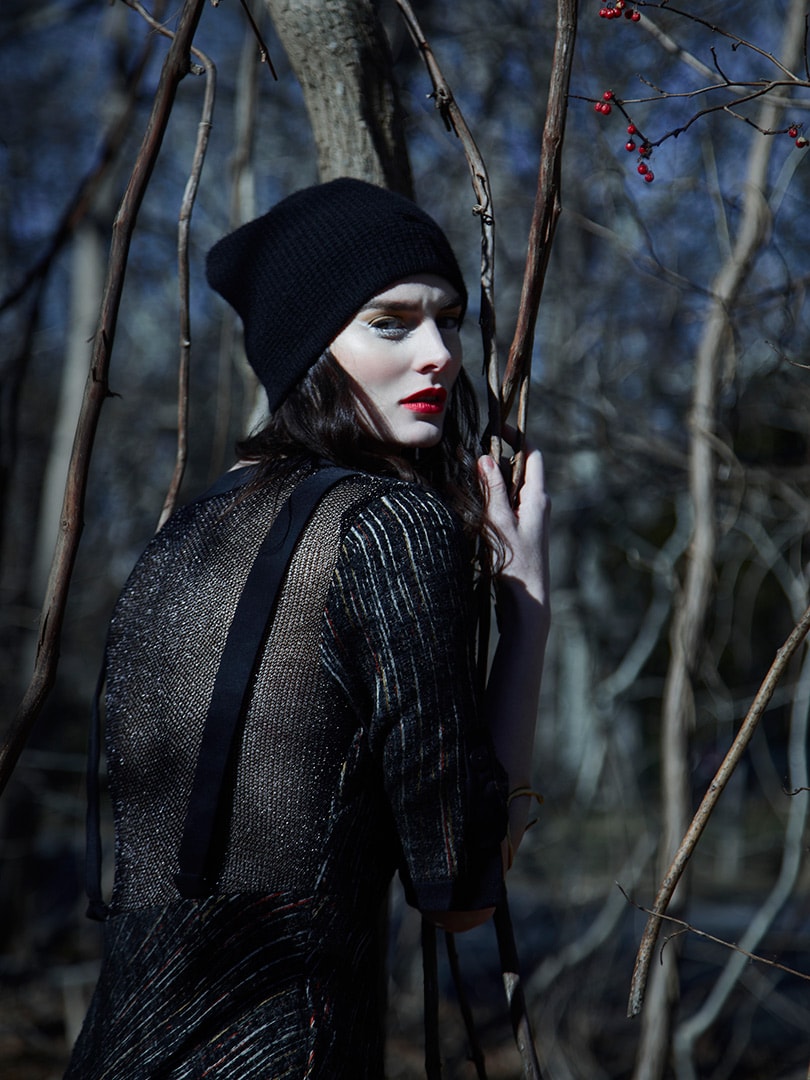 Merriman told FashionUnited if she could go back and tell her younger self one thing it would be, “If you’re passionate about something, don’t betray that passion. Keep moving forward and set a goal, because in a matter of time it will happen. You can’t run away from what you love.”

She doesn’t deny there have been some challenges in being a self-taught designer. Figuring out the proper names of different techniques is still an ongoing process for her with English being her second language. “Vietnamese is my mother language, so when I learn a new technique in fashion, I don’t always remember the name of it, but I always know exactly what it is,” Merriman said to FashionUnited. “So I started carrying around pictures to show manufacturers so I can tell them this is the technique I want for my garment.”

Her word of caution for young designers trying to make it in this climate is that, “Finding the retail partners isn’t as easy as it used to be. They want to make sure you are really committed to this and that your brand DNA is consistent. They need to prepare themselves that the reality of selling clothes isn’t easy. Designers need to be on top of their design aesthetic and know what buyers and customers think about their designers so they can take that feedback and better themselves as designers and better their brand.”

Despite Merriman being self-taught, she is a strong supporter of young designers attending fashion design school. “Design schools are needed because they make it easier for students to succeed,” Merriman said to FashionUnited. “They will teach the students techniques so they can leave with a good knowledge of fashion. It’s important for designers to also look beyond what they learn in school and also have a natural instinct for fashion, because that is really important too. You can go to school, but if you don’t have designer instincts it will be very difficult to succeed.”

Merriman also told FashionUnited that given the current retail climate, which is very saturated and very competitive, that young designers also, “Have to work harder to be more creative and original. In addition, they also have to be patient. Above all else, be yourself.”

There is no denying the designer is truly one-of-a-kind overcoming hardship, immigrating to America, and being self-taught to end up with one a top luxury store as her exclusive retail partner. Merriman is proof of the age-old testament, never give up.