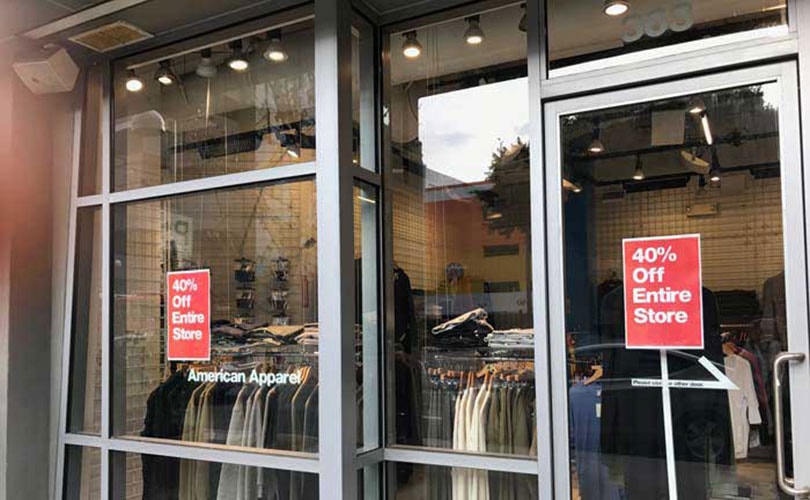 London - Although bankrupted American Apparel may have found a new owner in the form of Canadian manufacturer Gildan Activewear, the future of the retailer’s store chain was remained bleak as the agreement did not include store locations.

Earlier this week news emerged that the Los-Angeles based company had let go of approximately 2,400 employees, with a total of 3,500 jobs being axed across the board, from garment factory workers to senior management roles. As the company was unable to find a buyer for its 110 store portfolio, reports indicated that American Apparel would begin shuttering all its stores across North America with immediate effect.

However, a spokeswoman from American Apparel has stressed that the remaining stores are set to stay open for at least another three months. Arielle Patrick confirmed to Business Insider that under the terms of American Apparel’s sale to Gildan, which includes a 100-day license, no stores will be shut during the period. The retailer added that it has not shut any additional stores in North America since the closure of nine stores, announced last October.

If American Apparel does shut all of its stores, then an additional 2,000 store workers will be made redundant. Until then, the fashion retailer is trying to sell off as much stock as possible, and is currently offering a 40 percent off discount across its entire collection online and in store. American Apparel previously shut all but one of its store in UK last month after it fell into administration.