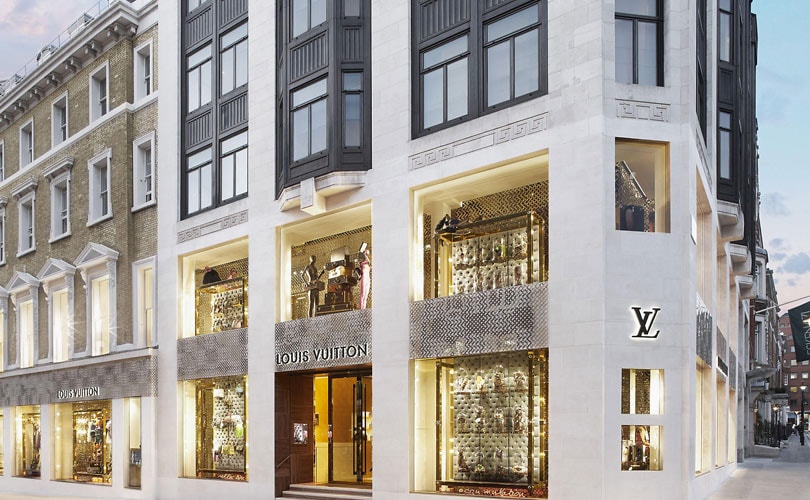 London - New Bond Street has retained its appeal as one of the most luxurious shopping streets in the world. The shopping street, home to leading fashion houses such as Chanel, Mulberry and Louis Vuitton, remains a retail hotspot as annual average rent prices have surged over the past year, growing 37.5 percent, according to the latest report from Cushman & Wakefield's Main Streets Across the World.

The average rental price per square foot per year in June 2016 on New Bond Street, a Zone A district, was 1,600 pounds. A year later, the average rental price has grown to 2,200 pounds or 16,200 euros per square meter, ranking London's New Bond Street as the third most expensive shopping street in the world, up one spot since 2016. This year ranking sees the UK shopping street overtaking Champs Elysées in Paris, which has fallen from third place in 2016 to fifth place, just under Milan's Via Montenapoleone.

FashionUnited maps the 10 most expensive shopping streets in the world according to rental prices on the Google map below:

The results underline the continued demand for prime retail locations, despite the growth in online retailing. Over the year to June 2017, global retail rental growth increased 0.5 percent, reported Cushman & Wakefield, with 136 of the 451 locations monitored reporting growth against 90 to report a decline in rents.