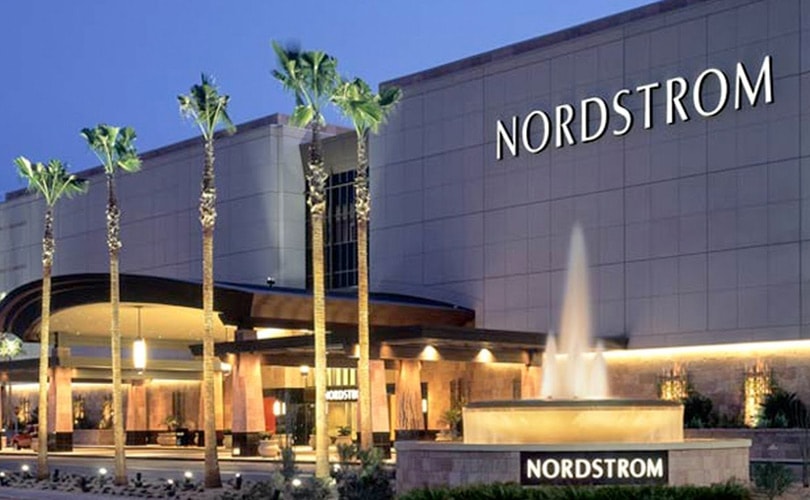 Nordstrom has their West 57th Street location under construction, but, apparently, one Midtown store wasn't enough for the luxury department store chain. The company has announced they will be opening a second location just a half block away at 3 Columbus Circle. The store will be 43,000 square feet, and will serve as an extension to the larger flagship store on West 57th.

The 285,000 square feet that Nordstrom is getting at 225 West 57th Street just isn't enough for them. They decided that in addition to the seven-levels in that store which will open in 2018, they needed this three-level location as well. The opening date for the second store has yet to be disclosed.

For the Columbus Circle location, Nordstrom has signed a 23 year leasing agreement with SL Green Realty Corp. and the Moinian Group. The second location was actually once in consideration to be the site for their first store, while the company was also looking at other potential real estate holdings such as Hudson Yards and the former Drake Hotel on 57th Street.

“We are thrilled to be able to add square footage to our footprint for our future store in Manhattan. We believe it will allow us to amplify our offering, helping us put our best foot forward in the best retail city in the world,” said Pete Nordstrom, Nordstrom’s co-president, in a statement.

The company has not disclosed what kind of merchandise will be sold at the second location, but it is possible that it could house one of its major categories like shoes, which the store is reputable for. It should be noted that Nordstrom originally began in Seattle as a shoe store before it grew into the burgeoning high-end department store it is today.

Nordstrom isn't the only luxury department store to operate two stores in close proximity to each other. Bergdorf Goodman has separate men's and women's stores that are right across from each other. In addition, Saks will be operating separate stores for men and women at Brookfield place. Nordstrom is also reportedly seeking a third Manhattan location, but they will open the West 57th Street store first before pursuing any further expansion.

The biggest competitor for the 57th Street flagship would be Bloomingdale's. The store, which is located on 59th Street and Lexington Avenue on the East Side of Manhattan, is also known for carrying many of the same luxury brands that Nordstrom does such as Burberry, Salvatore Ferragamo, and Escada just to name a few. Bloomingdale's has the advantage of longevity, having been a longstanding landmark in Mahattan's luxury retail scene, as well as building up a loyal clientele base throughout the years.

With the new Saks' in Brookfield Place, and the arrival of not one, but now two new Nordstrom locations, the department store scene in Manhattan is becoming very crowded. It will be interesting to see how all of these stores respond to the competition.