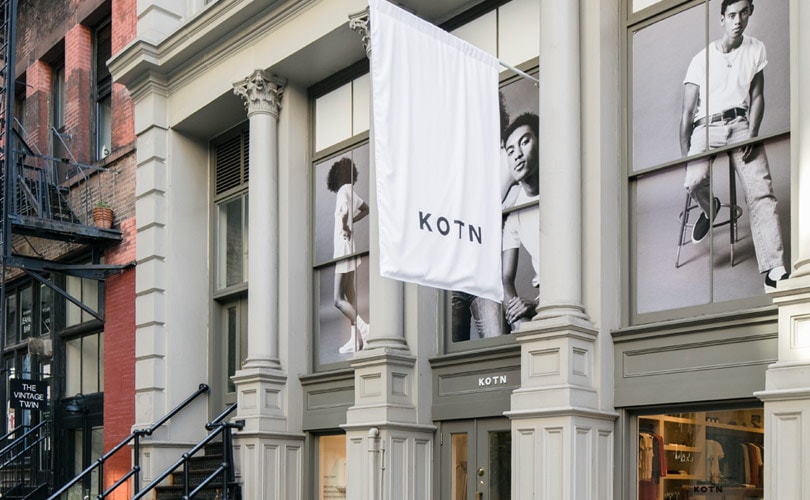 The Toronto based sustainable fashion brand KOTN is expanding beyond Canadian borders with a brand new store in New York.

Started in 2015 by Rami Helali, Mackenzie Yeates and Ben Sehl, the elevated basics company has built a reputation on offering durable activewear made from Egyptian cotton. But as Yeates points out, the company is shifting from being a local name to a global one.

“Opening in SoHo felt like an opportunity for us to move beyond a Toronto local brand to something more global,” Yeates said in a statement to FashionUnited. “We love that people from all over the world walk those streets every day. We've also honed our aesthetic and used influences from our travels to Egypt to create a space that is unique to us."

The new store also has a personal significance as New York is the city in which the three first hatched the idea to launch Kotn.

"While looking for new store locations, we found this amazing cast iron storefront on Mercer Street in SoHo and it just felt right,” she added. “It was a big leap for us to go from Toronto to New York, but being that NYC was where my co-founders Ben, Rami and I all met and came up with the idea for Kotn, it made sense as our next move.” 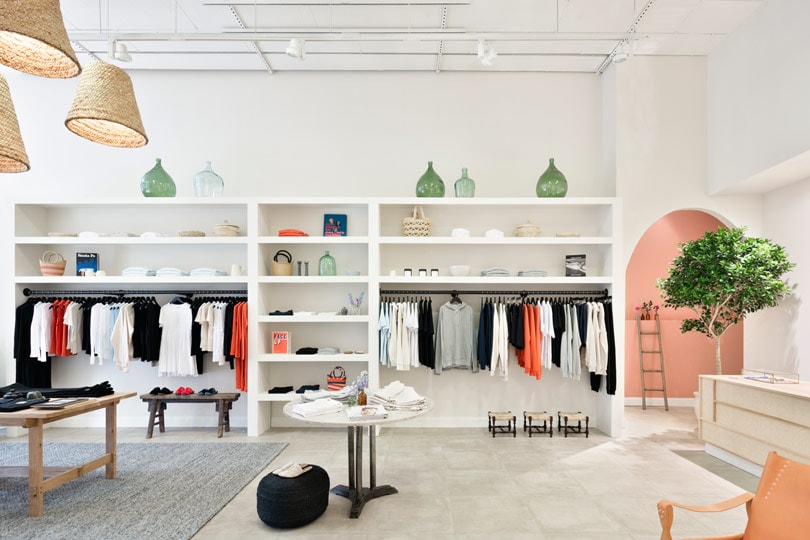 Kotn was first created to provide buyers with high-quality, well-fitting basics that were also affordable. The brand began working with Egyptian cotton farmers in the Nile River Delta to keep production costs down while aiding the country’s agricultural business.

Since then, the company’s team has decided to give back to those living in the region, with a portion of their proceeds going to build schools for children of the farmers that work for the brand.

“Our goal is to improve the quality of life for our farmers, manufacturing partners and customers, while rebuilding the struggling Egyptian cotton industry,” Yeates shares. “Egyptian Cotton is a finer, better quality cotton that, like Champagne in France, can only be grown in the specific conditions in The Nile Delta. We are trying to effect long term change by investing in educating the children of farmers. We believe by educating the future generation, we can change the fate of a region that is home to more than 30 million people.”

The Egyptian influence has also impacted their assortment of home goods and accessories - which are made by local artisans.

The items, along with the much of the online inventory, are currently available at the Mercer street location - with the brand’s additional offerings available on Kotn.com.