Edelkoort: The rise of the 'Entertraining' and Active wear

“This is the first time we hold a separate forum for active wear,” opened trend forecaster Lidewij Edelkoort. “It has become such a big trend in fashion, when we asked if people would attend a seminar just about active wear the response was huge.” The semi-annual trend seminar was held

last week in Amsterdam, the Netherlands, during which Edelkoort covered Fall/Winter 2015-2016 trends for active wear, as well as fashion, design and architecture.

A decade ago, not many trend forecasters would have considered dedicating a separate lecture for the changing trends in the active wear sector. Originally sportswear served a purely functional need and was not considered as a vital part of the fashion industry. 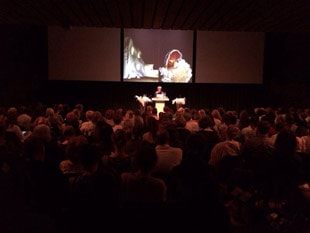 However since the early eighties and the rise of aerobic and gym fitness, an interest in more attractive looking sportswear has begun to emerge.

“Activewear is the bright spot in apparel right now”

But, it was not until the early 2000s, when fashion designers such as Yohji Yamamtoto began to collaborate with sportswear labels, that a real interest in fashionable sportswear started to develop. In 2004 British designer Stella McCartney launched a collection of functional sportswear, footwear and accessories with Adidas, which was the start of designer sportswear collection craze, combined with the growing demand to wear fashionable active wear during a workout session.

“I really wanted to change what I saw out there,” said McCartney during a interview about her Adidas collection. “Sports clothing for women, in particular sports performance, was such an ill addressed subject. The colors were very basic and there wasn’t much variation in design. I saw this as a real opportunity to put it right by offering women something they could work out in and still feel good about the way they look.”

High street fashion retailers have been quick to enter the game and launch their own active or sports wear lines over the past few years. Mango, Bershka, H&M, Uniqlo and Weekday all offer 'functional' active wear, which matches the seasons latest trends. The increased interest in active wear has also bled into the luxury side of the fashion industry, where designers such as Tory Burch prepare to introduce new sportswear collections, whilst other designers like Mary Katrantzou continue to collaborate with established sporting wear companies. 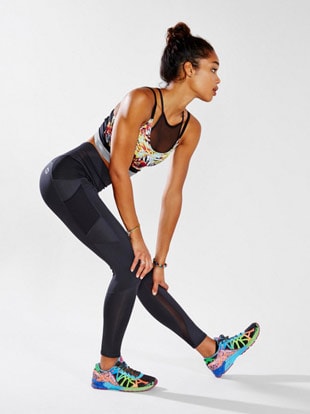 is the bright spot in apparel right now because the consumer has decided to wear it whether she works out at the gym or not,” said Marshal Cohen, chief industry analyst at NPD market research group to WWD. “We haven’t seen this sort of excitement in activewear since Juicy Couture’s velour jogging suit.…Retailers are going to start chasing this category big time, and I think stores are going to get into this and stay. The reason is, it’s a consumer-driven trend, not something designed and merchandised in advance or shown in a showroom. The consumer is creating the trend.”

Ashma Kunde, apparel and footwear analyst at Euromonitor International, believes that this consumer interest in active wear, particularly for women, is here to stay. “Gone are the days when female consumers were satisfied donning a ragtag ensemble of frayed, oversized cast-offs for their fitness pursuits. This is not an ephemeral frenzy driven by January’s good intentions, detox plans and gym memberships, but, rather, part of a larger healthy lifestyle drive that is gripping the masses.”

Active wear: The survival of the fittest

Edelkoort believes that the rise of active wear trend can be compared to Charles Darwin theory of biological evolution, known as Darwinism. She uses the theory, which describes the transmutation of species and natural selection, to draw parallels to the social and cultural evolution of the active wear industry, highlighting the change in our social conduct, especially via sports and physical activity. “Recently there has been a reversal trend; people want to be together because the previous toll of individualism was too hard for us to bear. We are not all Madonna.”

The turning point of the social society has been especially evident in the sporting world, where the social competent of sport has been fused with the physical activity itself. Edelkoort calls this fusion 'entertraining'; a mixture of entertainment and taking care of the body, which has led to people adapting and following certain style ideals in active wear and mixing pieces with their normal wear to ensure top functional in their daily lives. 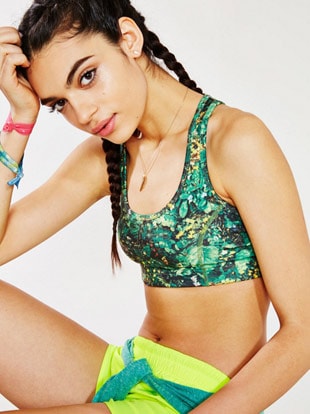 now become a commonplace sight to see magazine editors flit between shows during Fashion Week in their neon Nike Frees,” commented Kunde. “It is chic to turn up to dinner having thrown a jumper over Lululemon yoga pants post-workout. Performance sports clothing and footwear have become integrated into daily attire and, as such, it is likely that designs will see closer alignment with seasonal trends and colour palettes.”

Edelkoort foresees such a rapid growth in the active wear industry for the upcoming seasons, that she has created a separate series of trend forecast and uses 14 different evolutionary stages of life, beginning with the fish in the ocean, moving to amphibians and reptiles on land, to insects and birds to mammals, on to the stone age caveman to modernist men before ending with the emergence of tomorrow’s embryonic man, to describe the main trends for Fall/Winter 2015-2016.

Similar to the 'greening' that she predicts taking place in the design industry, Edelkoort predicts that a number of trends will be arise that have their roots in the natural world. High-tech performance wear will emerge that has been inspired by nature and mixed with new technology such as 3D printing and embossing, “which will create a buzz about our origins,” says Edelkoort. Wool and knitted wear will also find its way into the active wear scene, believes the Dutch trend analyst, used in new was to enhance the sportswear functionality. 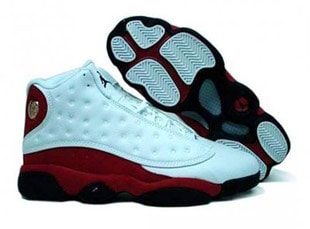 animalism and minimalism are key trends for active wear

The trend forecaster also foresees the rise of animal skin, fur, coloring, and patterns (faux and real), in the active wear industry. “Animalism, a trend that is 15 years in the making, is only getting stronger and stronger, becoming a super trend in its own right.” Edelkoort believes that this trend will also impact the soles of sneakers and trainers, making them more paw-like for better cushioning and support. There will also be a zipper moment, as “zippers will make a big jump,” and become more predominant in an array of colors and plastics inspired by animal teeth, predicts Edelkoort.

However, one of the biggest trends to emerge will be the fading of borders between active wear and underwear, as the “cultural society continues to be in awe of the human body and beauty.” Edelkoort predicts that as the movement to live healthier lifestyles continues to evolve, leaner and sleeker silhouettes in active wear will become dominant, with more skin showing, combined with minimalistic designs and multi-functional purposes, thanks to the rise of high-intensity, made man materials.

One high street fashion retailer who recently launched its own brand of active wear, Without Walls, seems to be already picking up on some of these future trends. Developed by Urban Outfitters, the brand is aimed at a younger audience than most active wear labels (18-28) and therefore feels free to be more cutting-edge with its designs. “It is our direction in fashion that is driving it,” said Colby Black, merchandising manager for Without Walls to WWD. “It is not basics. We felt that there was a void in the marketplace,” he added, highlighting the number of sleek, patterned and printed running tights and shorts the label offering.

With key pieces in the collection including figure revealing cropped tops, form hugging leggings and skimpy sports bras in bright vibrant colors and prints, it seems that Edelkoort trends for the active wear industry may start emerging sooner than expected. “We also think there is a void in performance knit tops,” noted Black, echoing Edelkoort prediction for an increase in sweaters and knitted wear in active wear. “A lot of brands focus on the bottoms," and Without Walls aims to continue to differentiate itself by focusing on its tops.