PFW says non to the rise of 'Normcore'

Self-aware blandness, aka "Normcore", may be the latest high street buzzword, but for the world of high fashion -- currently gathered in Paris -- the trend is something to be resisted. US retailer Gap's latest advertising campaign -- with the slogan "Dress Normal" -- has been seen by some as

an example of the Normcore trend. Coined by the K-Hole trend forecasting group, the term is a combination of the words "normal" and "hardcore." Wikipedia defines Normcore as a "unisex fashion trend characterised by unpretentious, average looking clothing" with everyday items of casual wear sold by big retail chains such as jeans, chinos, T-shirts and hoodies all falling into 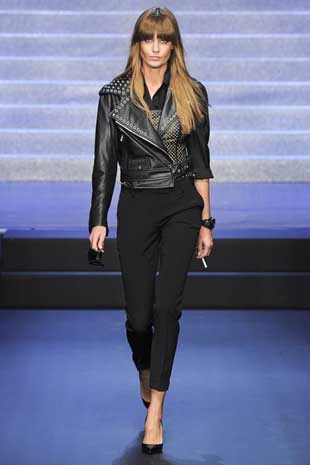 Normcore may be about unremarkable, mass-market clothes -- not the sort of high-quality designer pieces on the catwalks in Paris -- but its celebration of "normal" nonetheless appals many. In the week that fashion superstar Jean Paul Gaultier bowed out of ready-to-wear after nearly 40 years, his long-time former business partner and childhood friend Donald Potard told AFP he believed the trend towards nondescript clothing was part a broad, creeping blandness that was hampering the creativity of top designers.

"Jean Paul has always been an innovator. I don't see many heirs, at least in France. It's a question of the times," he said of the designer who famously created Madonna's cone bras. "Today it's less easy to come up with original ideas -- the prizes are going to looks that are all similar," he said.

Potard, who is no longer close to Gaultier, said too many people now dressed like clones, hoping to draw as little attention as possible to themselves through their clothes. "Everyone is dressing the same way, everyone is in grey, people buy their clothes in chains which sell the same thing in Paris, Milan, Tokyo and London," he complained.

Italian designer Giambattista Valli -- the man behind the stunning post-nuptial dress worn by George Clooney's new bride Amal Alamuddin in Venice on the weekend -- was equally dismissive. "Normality doesn't belong to me. Normality always bored me, it's like, urgh... I love everything extraordinary," he said backstage after his show on Monday. 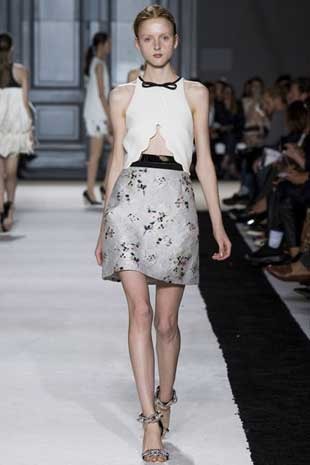 th over 90 ready-to-wear collections for spring/summer 2015 due to wrap up on Wednesday, the sheer ordinariness of some looks has been noted by fashion watchers. At Veronique Leroy's collection of re-worked 1920s dresses in boyish cuts, a critic for website nowfashion.com clearly hankered after something a bit more exciting.

"The feeling that this... wardrobe was a bit close to reality couldn't be escaped," critic Liza Foreman wrote. Tapping into the same "normal" zeitgeist, perhaps, were some of the pieces in Clare Waight Keller's Chloe collection including a hoodie-poncho outfit and a utilitarian-looking denim jumpsuit and skirt. At Phoebe Philo's Celine collection, meanwhile, one navy ensemble looked a bit like hospital scrubs, while shoes were flat and elasticised.

Another critic, however, urged people not to mistake simplicity for normality. Reviewing Christophe Lemaire's show for the same website, fashion writer Lily Templeton highlighted the "pared-back quality" to the clothes, adding: "It is their quality and the able hand of the chef that makes this simple fare into a gourmet treat."

Beautifully executed or not, the end of the current trend for "normal" cannot come quickly enough for Donald Potard. "We have to hope that fashion can become fashionable again," he added. (Helen Rowe, AFP)