Primark steps into the US market

Value fashion retailer Primark is set to open its first stores in the north east of the US by the end of 2015, as the retailer continues to expand into new countries. In a press statement released earlier this morning, parent company Associated British Foods (ABF) stated that “after extensive research, it has been decided

to take [Primark's] concept to consumers in the US.” 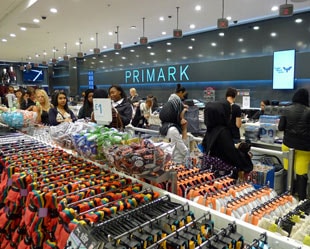 Primark to open its first US store in Boston

The Irish fashion retail chain has signed a lease for a 70,000 square foot retail space in the historic building Burnham Building, in downtown Boston, Massachusetts, and negotiations are said to be under way to open more stores in the north east running up to the middle of 2016.

Primark revealed that in order to keep logistics and shipping time down, the US stores will be supported by local warehousing in the region.

Over the past few years Primark has gained a strong consumer following in the nine countries in Western Europe where stores have been established. Stephen Springham, senior retail analyst at Planet Retail, global data analysis firm commented: “Continental consumers continue to fall under Primark’s spell. Rather than have to make a pilgrimage to the UK, they are increasingly able to access Primark in their home market.”

“Following recent store openings in France, Primark’s European footprint now covers seven countries (France, Spain, Germany, the Netherlands, Belgium, Austria, Portugal). But unlike most of its peers, Primark has not taken the low-risk franchise option. All its international stores are company-owned, the business effectively backing itself and putting its money where its mouth is.”

ABF announced its interim results for the 24 weeks to 1 March, 2014 today, with operating profit for the group increasing 2 percent to 463 million pounds. During the period, Primark's retail selling space has increased by 0.6 million square feet and opened 16 new stores, including its first two new stores in France.