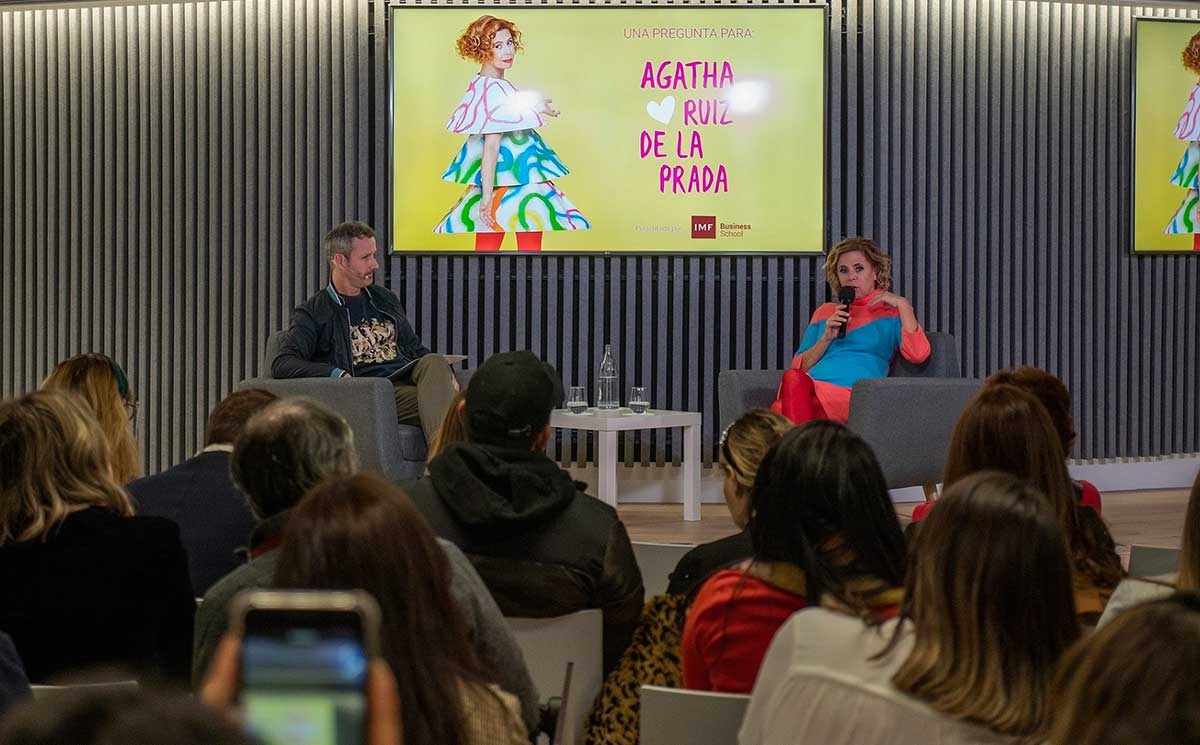 The IMF Business School inaugurated a new event format called "A Question for" to feature relevant personalities from different sectors and bring them closer to the public. As their first guest, IMF invited the fashion designer and aristocrat, Ágatha Ruiz de la Prada. During this session, both the audience and virtual attendees could ask the businesswoman and designer about the fashion industry, her career and everything related to her professional experience.

Ágatha Ruiz de la Prada admitted to being a bad student and shared that if she had obtained better grades she would have studied architecture instead. She also told the audience how she began her career when she was only 20 years old with Pepe Rubio, "It was just him and me, years that coincided with the Madrid movement (Movida Madrileña)-which made everybody focus on me. It helped me to get known, something that otherwise would have been very difficult. I always say that I was in the right place at the right time."

The designer didn't hesitate to confess that she doesn't like people wearing animal skin, tacky fashion, polluting and wasting. "I come from a family of ecologists who taught me not to waste and I'm convinced that this is the new challenge of fashion: sustainability. In my generation we have managed to democratize it, now is the time to make it sustainable," she explained. Like many other sectors, fashion is in constant transformation. That's why Ágatha thinks that "sometimes to build you have to destroy.”

Boris Izaguirre, the presenter Raquel Sánchez Silva and the Director of Fashion at S Moda, Natalia Bengoechea, were some of the guests that interviewed the designer and businesswoman. The event was moderated by Ton Pernas, coordinator of the IMF Business School Fashion MBA, who accompanied Ágatha in more than 30 questions that she answered in 90 minutes. Carlos Martínez, president of the IMF Business School, was in charge of closing the event.

Photo: courtesy of IMF and TresCom