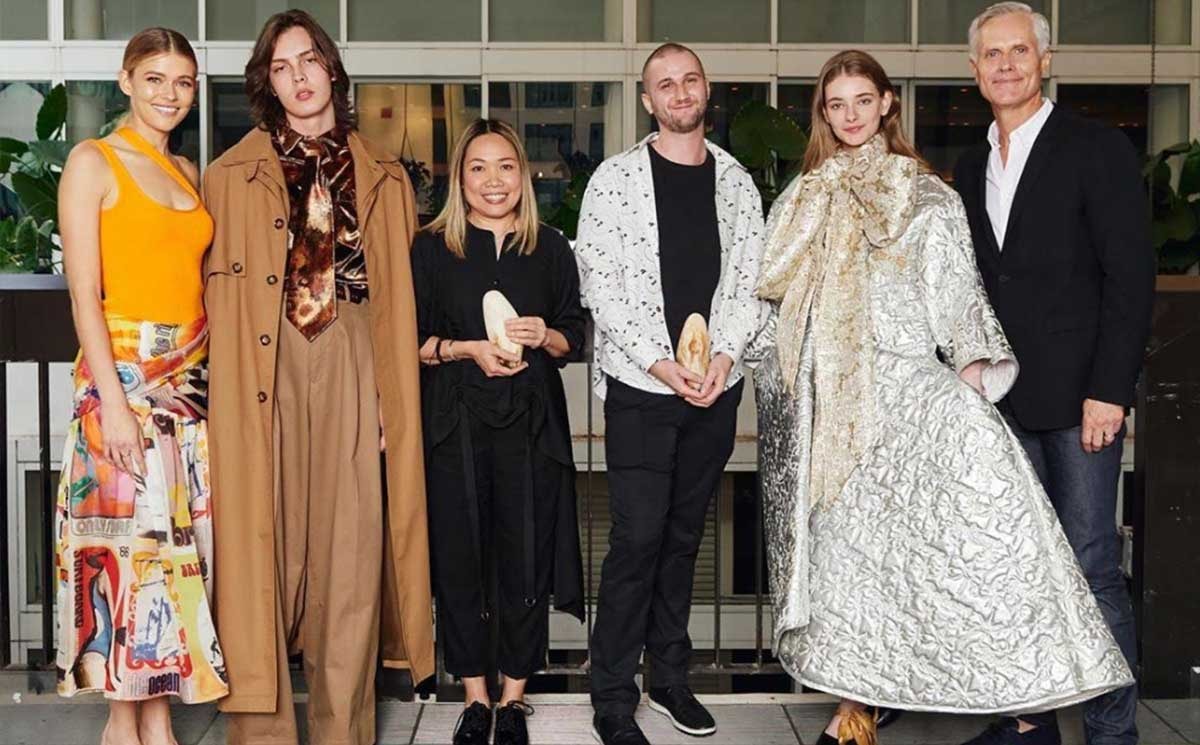 Kim Clark and Domenic Roylance have been named the Australian Fashion Foundation’s 2019 scholarship recipients as the foundation celebrated its 10th anniversary of facilitating international internship placements for Australian fashion graduates.

The annual award will see both winner’s receiving a 20,000 US Dollar cash prize, as well as assistance in securing a six-month internship at a US-based global fashion company.

Commenting on this year’s scholarship, Carfrae said in a statement: “Every year we receive hundreds of applications from young Australians with world-class fashion talent who would benefit from international experience and contacts. With the kind support of Bird in Hand and the American Australian Association, we are able to provide two of them with pivotal global mentorship and internship with a top global brand.”

Ambassador John Berry, president of American Australian Association, added: “Since establishing a partnership between the AAA and AUSFF our funding has provided the opportunity for emerging Australian designers to come to New York and learn from global fashion icons, leaders and innovators such as Dion Lee, Wardrobe.NYC and Proenza Schouler.

“A key focus of the AAA is to build on artistic exchange and collaboration between our two countries - we are excited to have a part in realising the dreams and ambitions of the next generation in the arts.”