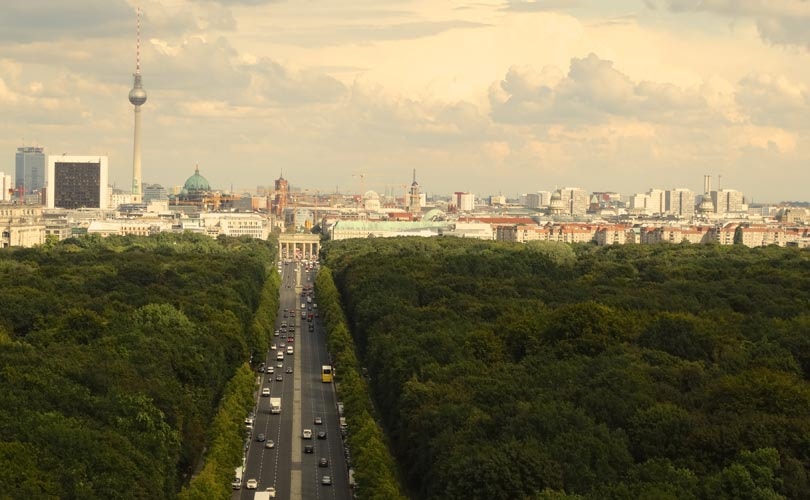 Berlin is stepping up its efforts to support fashion as the German capital will set up a green fashion hub this year.

The Berlin fashion hub will receive a total of 600,000 euros throughout 2020 and 2021. The hub’s aim is “to make innovative and sustainable fashion from Berlin visible and to help strengthen the profile of Berlin as a fashion capital, as a centre for innovation and sustainability," a spokesperson for the city of Berlin, said by e-mail. "The specific layout and concept of the hub are being worked out now," the spokesperson said, but didn’t comment on when or where it will be launched.

During Berlin Fashion Week in January, it became clear once again that the German capital will benefit from new ideas and initiatives if it wants to gain relevance in the fashion world. Compared to fashion capitals such as Paris and London, Berlin still lacks the same importance within the industry. For example, the fashion show calendar at Berlin Fashion Week is becoming thinner, while the fairs have recently seen falling visitor numbers, before which they were seeing years of growth. In a bid to counter this, the city’s fashion fairs introduced new formats and locations in January.

A green future for Berlin fashion

And Berlin isn’t alone in with its ambitions, as more European fashion cities broaden their green credentials. La Caserne, for example, is a sustainability incubator for designers, high-end and ready-to-wear fashion brands currently being created in the heart of Paris. The 4,000-square-metre hub is scheduled to open in December.

So far, the city of Berlin has supported its fashion industry with approximately 450,000 euros annually. The fashion hub is set to receive 200,000 euros this year followed by a further 400,000 euros next year. The money is coming from the Berlin budget for 2020/2021 of around 63.3 billion euros in total, which was passed by the city’s parliament in December.

The plans for a green Berlin fashion hub reflect a wider vision that many in the industry see for the future of the city’s fashion appeal. "Berlin stands very, very clearly for sustainability and technology," said Thimo Schwenzfeier, managing director of the green fashion fair Neonyt, last July in Berlin. "There is no fashion week or trade fair location that can match Berlin."

Read more: What is Berlin's standing in the fashion world?