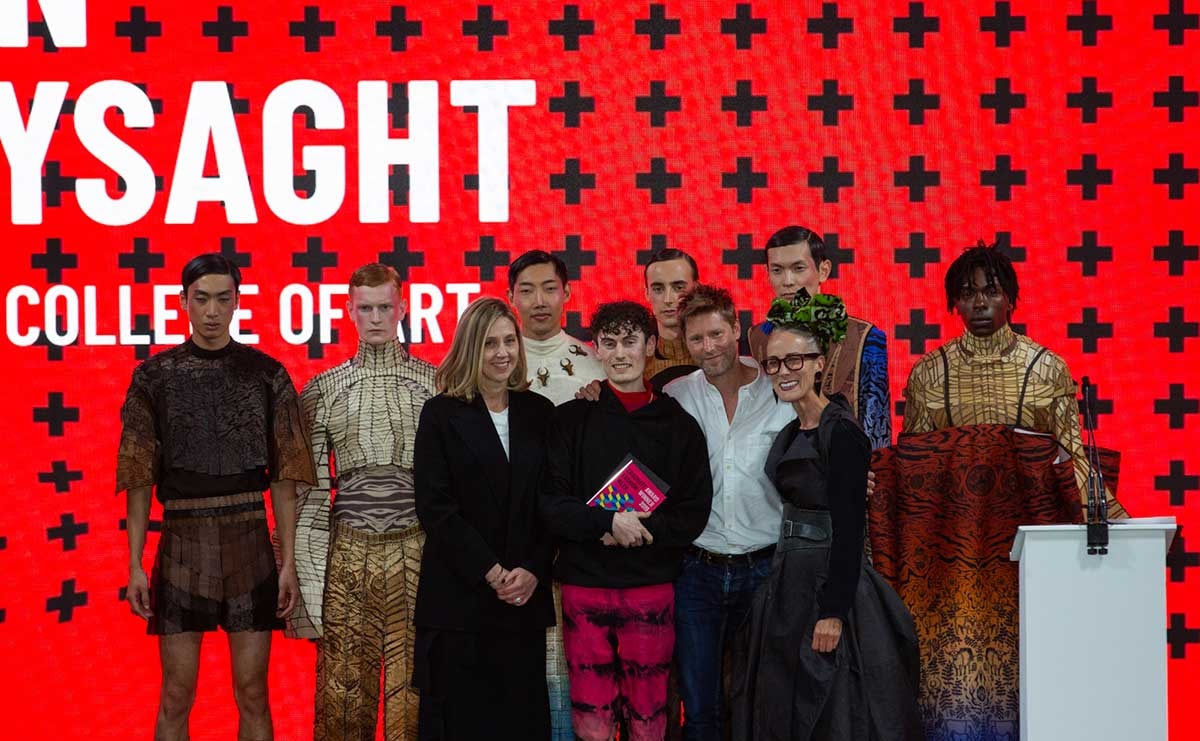 McLysaght impressed judges including designer Christopher Raeburn, with his menswear collection made from sustainable and biodegradable wood, paired with organic and recycled fabrics, which was inspired by the role of clothing in 20th Century decolonisation movements, particularly the Swadeshi movement in India. 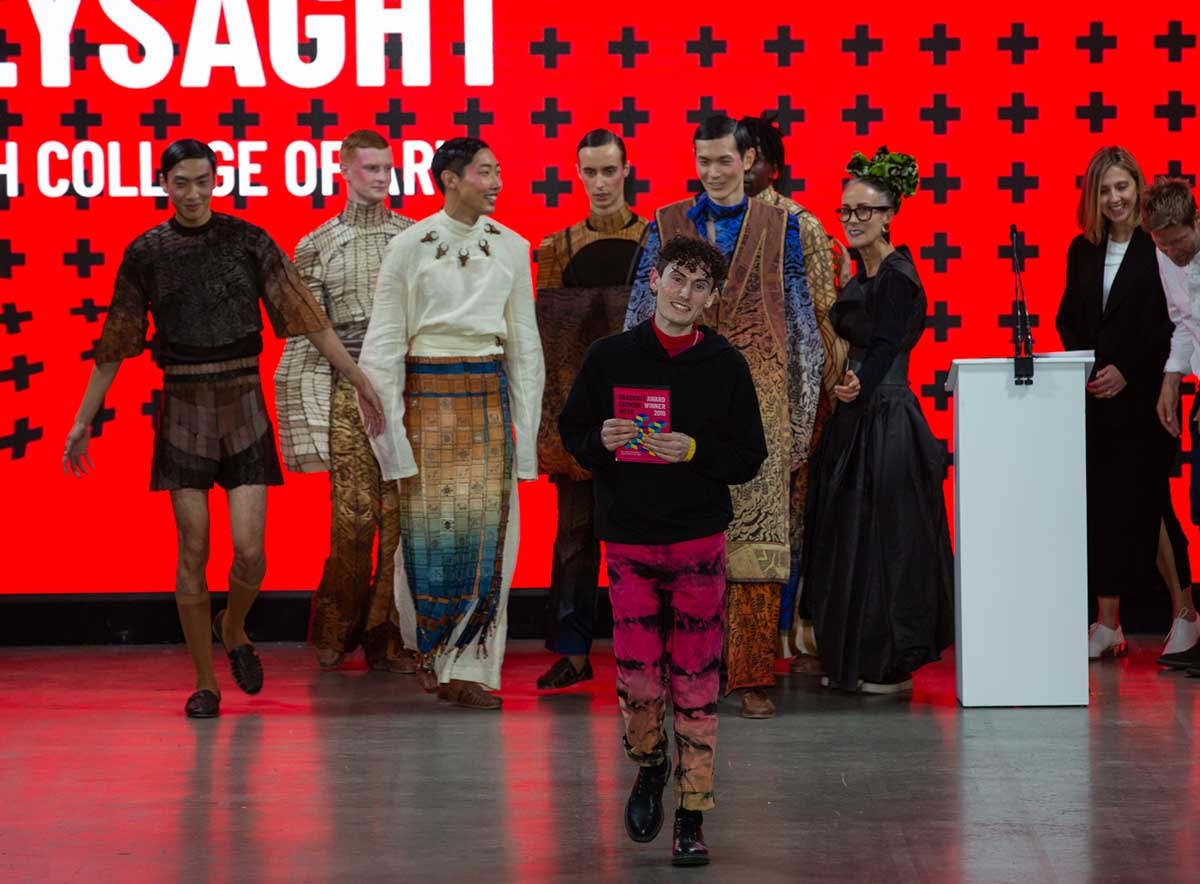 Commenting on the why McLysaght picked up the Gold Award, Raeburn said in a statement: "Choosing the winner was for me relatively straightforward, there was on stand out designer who I felt really exemplified the brief in terms of catwalk impact, level of craft, creativity, skill, expertise and thoroughness, research and material choices - really impressive.”

After picking up three awards, Brian McLysaght said: "It feels absolutely incredible to have won all of these awards, I’m so thankful. What really made me win these awards was the standard at Edinburgh, everybody in our class is so incredible, we hold each other to such exceptional standard. My classmates are really the people who got me here. In the future I hope to continue working in sustainable development, I’m very interested and ethics and sustainability that’s my design focus.” 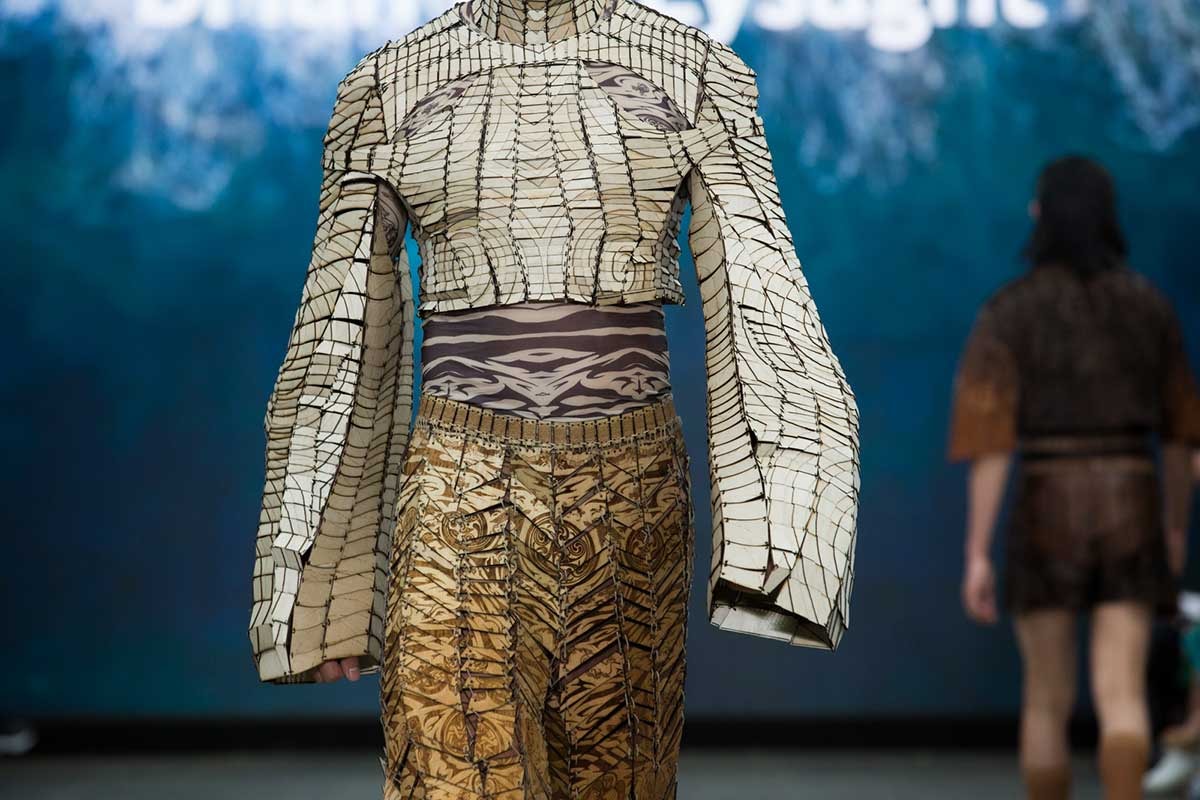 Edinburgh College of Art students continued to impress with Alexandra Fan receiving two awards, the Womenswear Award and the David Band Textiles Award for her innovative workwear collection, made from biodegradable latex, while Rosie Baird received the George Catwalk to Store Award for her collection inspired by storytelling in Scotland.

Designer Henry Holland, who was a judge for the Womenswear Award said of Alexandra Fan’s collection: “From the minute I saw it I knew that it was going to be my favourite. It blew me away, was nothing like I had ever seen before. It felt like something that was actually new, inventive, intriguing.

“I wanted her section of the show to continue for longer, and then when we met her, seeing her research and development and hearing her story and her reference points and approach, it just re-enforced the idea that what she had done was revolutionary.” 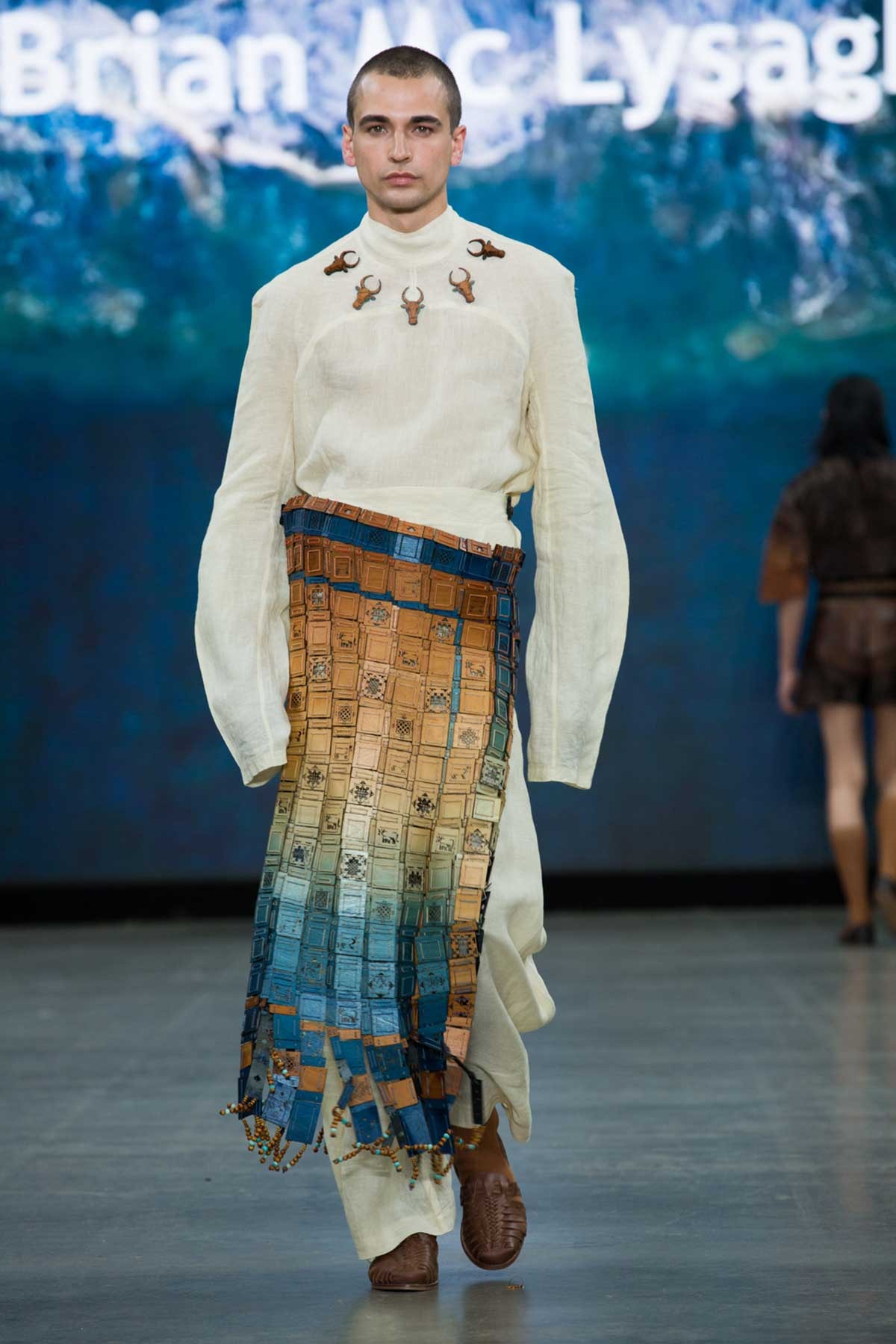 The Tu Sainsbury’s scholarships went to Josephine Roberts from Northumbria University and Michella Knight from Nottingham Trent University, while the International Fashion Award was awarded to Ivy Lan from Savannah College of Art and Design Hong Kong, and the Considered Design Award powered by Farfetch was awarded to Jainelly Portocarrero Torres, Ravensbourne, and Dimitri Gabellier from De Montfort University won the YKK Accessories Award for his innovative collection of footwear. 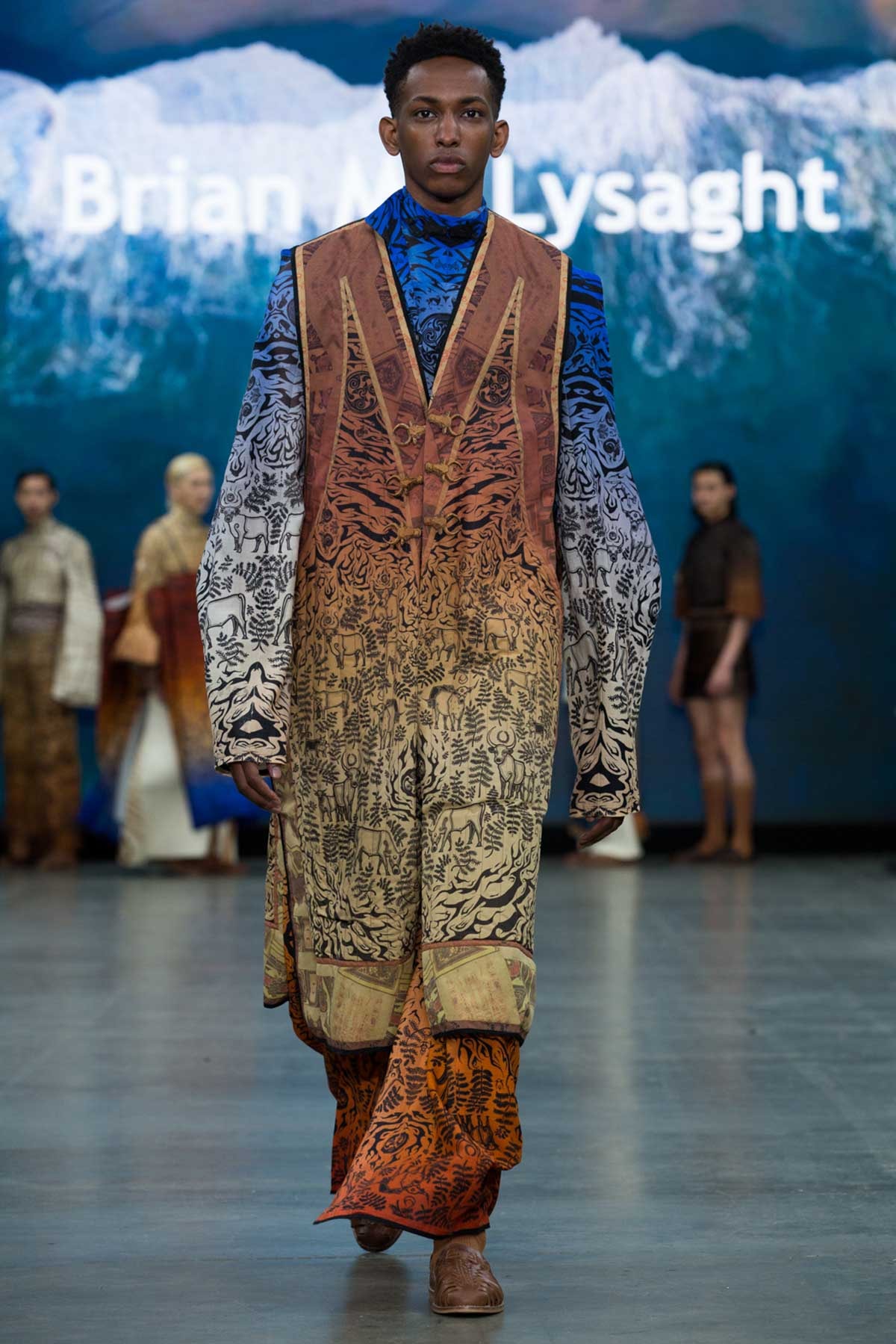 Graduate Fashion Week, now in its 28th year, welcomed more than 30,000 guests over the course of the four-day event at The Old Truman Brewery, Shoreditch, London, and showcased 25 catwalk shows featuring graduates from the best BA fashion courses.

Images: courtesy of Graduate Fashion Week of Brian McLysaght collecting his awards and his graduate collection