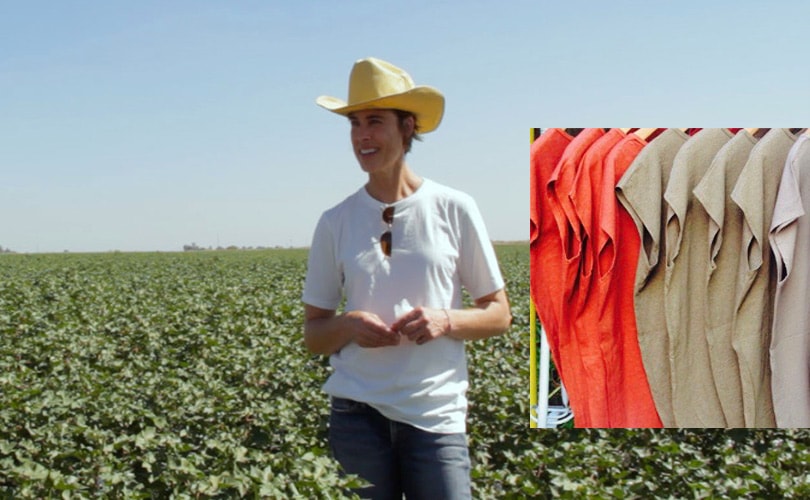 On the heels of the president’s withdrawal from the Paris Climate Accord, as members of his administration continue to demonstrate an immunity to science or knowledge on matters that effect our planet, members of the fashion industry gather at FIT for its annual Summer Institute. Panelists of sustainability mavericks and leaders reveal the latest models to implement which will help our industry become more responsible. The goal of those in attendance is to cherish Mother Earth, while still operating businesses that are successful and profitable. As those in Washington continue to turn in circles and peddle the idea that climate change is a hoax, those in this room press forward with urgency, speaking in terms of recovering, renewing, preserving, never withdrawing. As knowledge is power, and even more so when shared, I will report on the program’s highlights in this three-part series. 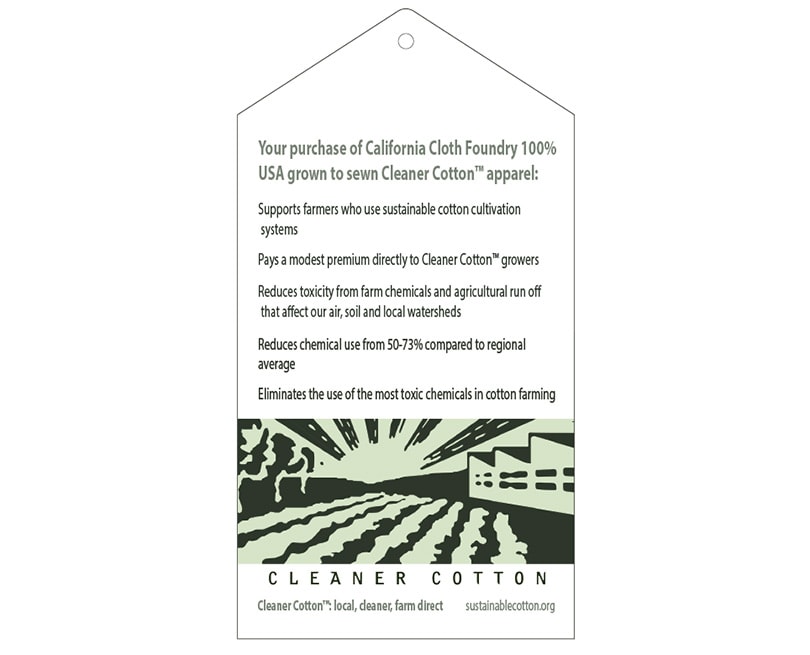 We are what we eat has become an accepted belief, and food is now considered a form of healing from the inside. Lydia Wendt of the California Cloth Foundry, argues that our clothing, which enrobes our largest organ, our skin, is a way to heal from the outside. Not only does our skin, like the earth, absorb everything and therefore needs to be handled with care, but carefully made clothing can be a way to heal our notoriously toxic industry. Wendt worked for years in the fast fashion industry and says, “I was actively contributing to the problems; I was negotiating pennies right out of the suppliers’ and farmers’ pockets. It was a race to the bottom of the market. Eventually I saw the light.”

The Next Big Fashion Movement

She believes that transparency is the next big fashion movement. The California Cloth Foundry works with Californian farmers, who receive sponsorship under the Clean Water Act, and an entirely American supply chain which she lays out like this: Gary Murray grows the cotton in California, Mark and Mike spin it into yarn, Kenny and Caroline scour it in Seattle, Jason dyes it in Maine and May cuts and sews it in California… Although there is still a carbon footprint involved in the transport, Wendt cites an example of a conventionally made pair of jeans that made its way from China to Pakistan, India, Peru, the USA then to Europe, and asks us to consider the difference. “Fast fashion is design for obsolescence, ours is premium product designed to last.” Avoiding conventional dyeing which means no fossil fuels, only plant and protein-based colors still has its challenges at consumer level, and she hopes that color variation and fading will soon be considered a beautiful feature, not a defect. Imminent developments according to Wendt will be hemp is making a return; new threads already being produced from yeast and bacteria, vertical farming eliminating the burden of land use. In the meantime, she throws down the gauntlet to everyone: “Be my competition. That way everyone wins.” 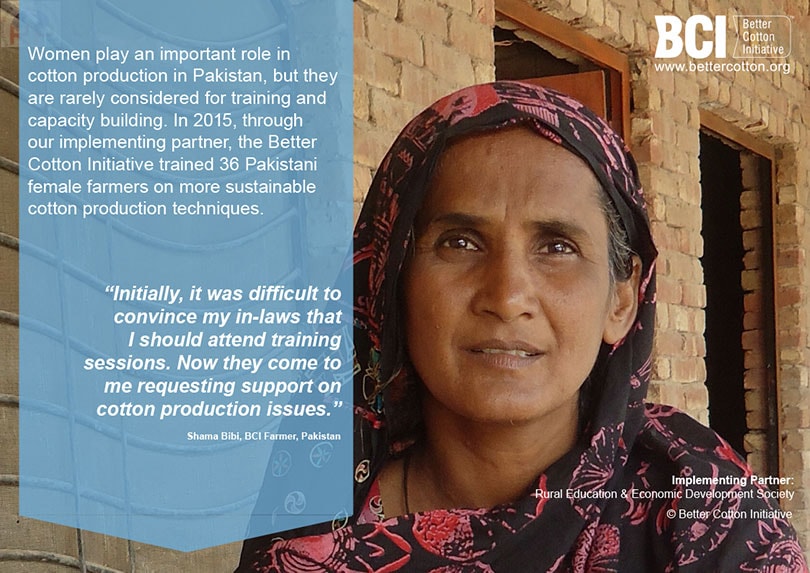 Up next is a crowded panel whose members have spearheaded a variety of initiatives, all with one thing in common: to ensure the cotton does not lose market share to synthetics. Cotton is grown in 80 countries and according to Darren Abney from the Better Cotton Initiative, while there is no concrete definition of sustainability and growing methods vary widely worldwide, there is agreement on key points: the importance of pesticide, fertilizer and waste management, soil care, good labor practices, and profitability. “Cotton is a cash crop, it’s a business like any other,” says Abney, and whether conventional or organic, the 1000+ members of BCI, including Gap, Burberry, H&M, are committed to developing the best farming models. Currently BCI works in 24 countries accounting for 12 percent of global cotton production, but its aim is to account for 30 percent by 2020. Its motto is simple: be part of something Better.

Brent Crossland of Bayer Crop Science started out growing cotton but when he was approached by a major company to help them develop cotton growth sustainability, he developed his e3 program which has traceability at its core. Farmers voluntarily sign up and from the point of sale of the seed, it can be traced through to the farm and beyond, with all stewards of the seed subject to random third party audits. 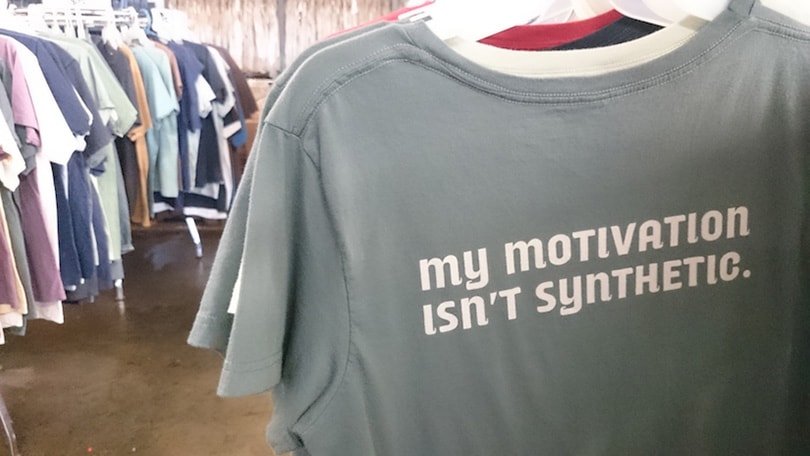 Eric Henry of TS Design cites January 1st 1994 as a major turning point for the U.S. farming industry, the signing of NAFTA, and now with 98 percent of apparel made overseas, he is passionate that transparency is the key to the future of American production. His company’s “Dirt to Shirt in 600 Miles” philosophy allows him to put a human face beside each part of the process and says consumers need to demand that of their apparel manufacturers. He also predicts the return of hemp as soon as the laws are changed, and that young people, who are already interested in where their clothing comes from, will go elsewhere if companies don’t cater to those needs now.

Mark Messura of Cotton Incorporated makes no bones about the choice between cotton or polyester. “Synthetics are not a sustainable option.” Polyester’s non-renewability and links to fracking are briefly mentioned before Messura makes a case for more education by brands and retailers to consumers who are still iunaware of what goes into their clothing. According to a Cotton Inc study, customers still overwhelmingly value price, fit, style, durability, and other factors over environment. Cotton Inc has introduced the practice of bringing retailers and brands to the farms in the same way they routinely visit their factories. “If customers don’t have confidence in cotton,” he says, “they don’t choose another cotton, say from another country, they choose another fibre, usually a synthetic.” In order to stop this happening Cotton Inc created their Cotton Leads program which shares information globally between its 100 partners.

“There are over 700 brands of denim in the US alone, so a lot of our cotton goes into denim,” he says, which leads into an explanation of Cotton Inc’s VSEP Technology which keeps the process of indigo dyeing clean allowing the water to be reused.

“The unfortunate reality is that many companies still use sustainability as a marketing campaign,” says Messura and the other panelists agree unanimously. “It’s actually a terrible thing when a company sells thousands of organic T-shirts on Earth Day” says Wendt, “It should be part of your DNA, contributing to your brand reputation.” LaReah Pepper from Textile Exchange who grew up on a cotton farm and married a farmer couldn’t agree more: “It’s up close and personal for me. Famers don’t grow a crop on a maybe. They respond to clear market signals. They need a solid business model otherwise they can get a five-year contract for growing peanuts which is better for them.”

The customer no longer knows what she wants as there is just too much out there and she needs guidance, is the opinion of the panel. Pepper says, “We need to change the perception of cotton as the cheap fabric, and market it like we do make-up or luxury items.” Wendt wonders how many consumers even know their favorite polyester T-shirt is made from crude oil, adding, ”Cotton is a luxury fabric. It’s nature.”

Messura concludes by describing the interesting recycling endeavors that have been happening. Cotton Inc created the Blue Jeans Go Green campaign which kept thousands of pairs of jeans from landfill by transforming them into fiberglass insulation. Up ahead, he predicts cotton fabric will replace hard structures, at first, the plastics of your dashboard, then eventually your car.

Check back for part three of the series entitled “Textile Innovations” on Monday June 12.