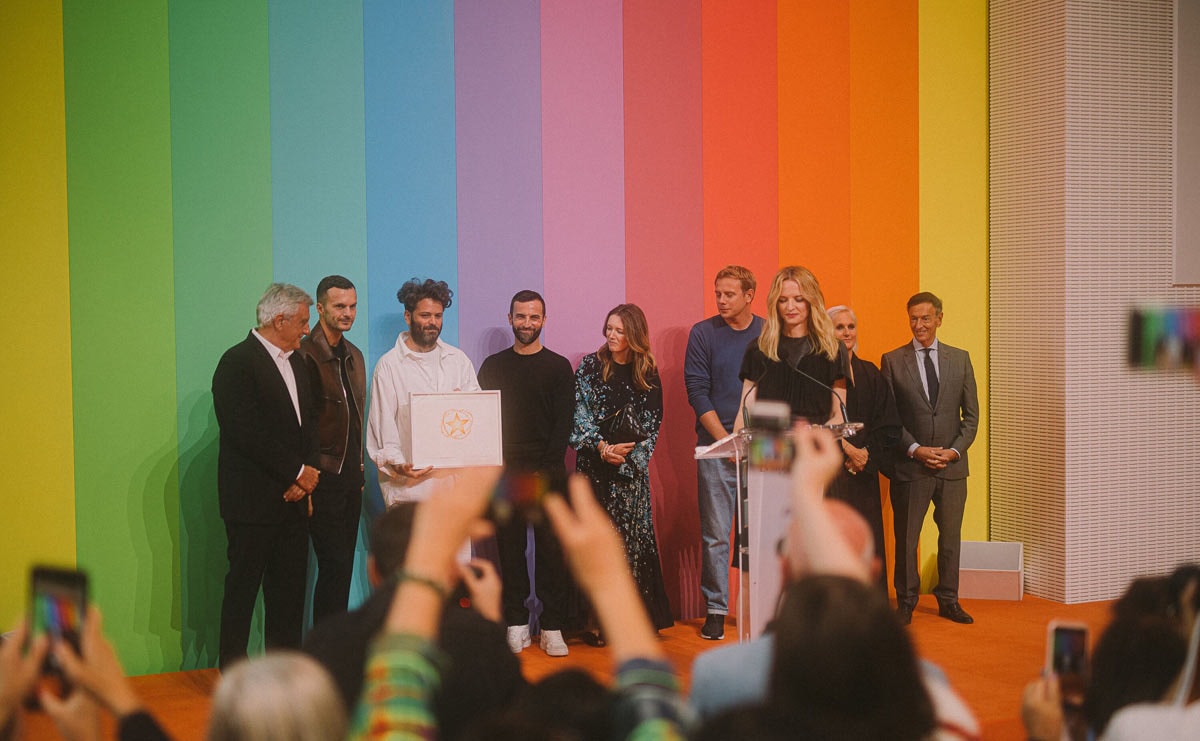 In pictures: Winners and designs at the 2019 LVMH Prize Awards

The 2019 prize was awarded to Thebe Magugu. The up-and-coming designer will recieve an endowment of 300,000 euros, and a year of mentoring by a team from the LVMH group. The prestige of the award is only proven further by the success of it's previous winners including: Marine Serre, Jacquemus, Emily Adams Bode or Caroline Hu.

Hed Mayner, 33, an Israeli national, received the newly created Karl Lagerfeld Prize. The designer is to receive 150,000 euros and a year of mentoring within the LVMH group.

At the Delphine Arnault ceremony, Louis Vuitton's Deputy Chief Executive Officer, said: "I am delighted that a candidate from the African continent has won the LVMH Prize for the first time, especially since Thebe Magugu, at 26 years of age, is the youngest candidate in the 2019 selection. His creative work plays with the codes of masculinity and femininity, tradition and experimentation, with volumes and traditional South African know-how. The jury was also impressed by Hed Mayner's contemporary vision. Its cloakroom questions the male gender thanks to an aesthetic that combines fluidity and structure, simplicity and luxury. This sixth edition testifies to the international influence, year after year, of the LVMH Prize: more than 1700 candidates from around 100 countries applied this year. I would like to thank the eight finalists, from Europe, North America, the Middle East, Japan and Africa, who presented an exceptional quality of creative work. I am delighted that the LVMH prize can help to highlight Thebe Magugu and Hed Mayner, the two winners, and support them in the development of their company. "

Scroll further to see photos from the event.

The seventh edition of the LVMH Prize for Young Fashion Designers will take place in June 2020.

This article was originally published on FashionUnited.FR, edited and translated.