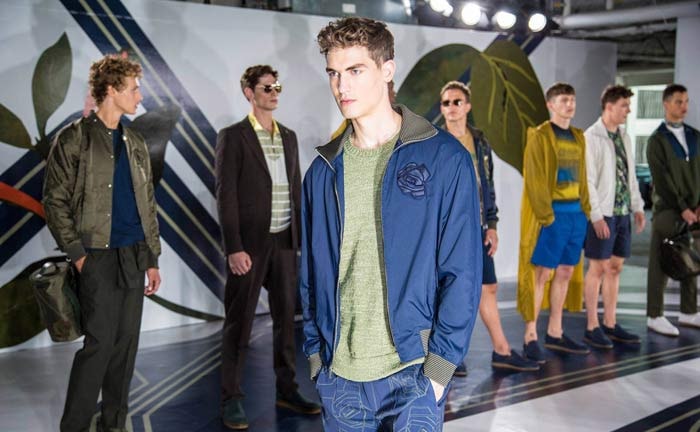 American lifestyle brand Perry Ellis is to host an Instagram fashion show later this month. The sportswear company, which once saw Marc Jacobs at its helm, is utilising the see-now-buy-now model to engage in novel ways with its core customer, while at the same time hoping to attract a new generation of shoppers.

Earlier this year Perry Ellis asked influencers to sign up to participate in a social media-based runway show. Participants were asked to send in photographs of themselves wearing the brand, with instructions to capture their unique style.

The brand is tapping into social media influencers with large followers

The brand then selected a group of potential influencers, whose total followers exceed 8 million on their social media channels, to whom they sent 100 items of clothing. The initiative, called 100 Pieces of Perry, will see these influencers photograph themselves in the collection, mixing it with their own wardrobes, thus virtually creating a consumer-styled look book of its new collection. The influencers will then upload the looks onto their respective Instagram pages.

Michael Maccari, Perry Ellis’ creative director, told WWD this is the brand’s way of “getting more involved with the see-now-buy-now movement and is intended to “capture a wider audience in a more inclusive way” than with a traditional presentation.

Matthew Cronin, vice president of marketing for Perry, added: “Our marketing team has taken on the issue of addressing product in-season. We did a presentation during NYFW: Men’s, but developed a two-pronged approach that is squarely in the digital space. It’s centered around social media and engaging our customer base and powered by influencers. We’re leapfrogging the idea of a fashion show and actually putting product in the hands of consumers.”

Perry Ellis 'regular' customers will also be able to participate in the social media initiative after its debut on September 27th. Any person who promotes himself wearing Perry Ellis and uses the hashtag #100PiecesOfPerry will be entered to win a gift card from the brand. As part of the see-now-buy-now model it is possible to shop the collection online from clicking on its images.