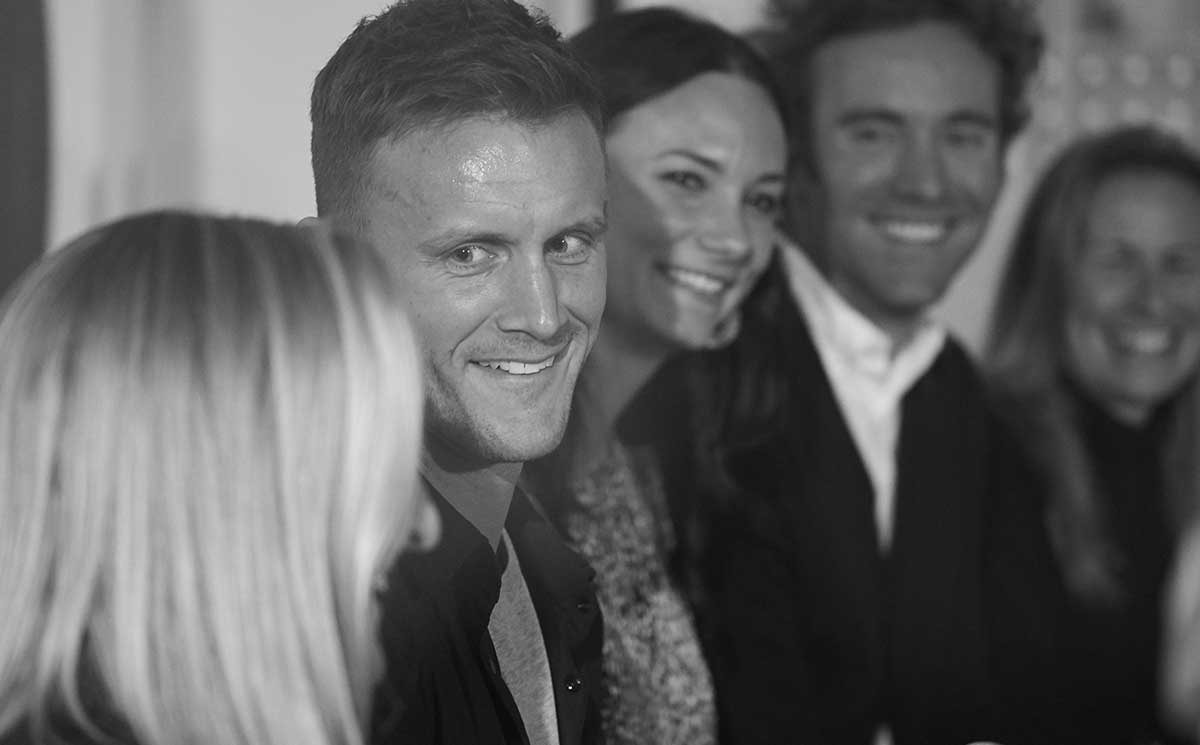 This is the second in a two-part report providing insight from recruiters and human resources leaders who have been invited for the latest in a series of sold-out salons hosted by Joe’s Blackbook. Part One yesterday detailed modern demands for flexibility, the cultural/generational divide, the widening candidate pipeline, social media recruiting, interview assessments and design projects. Part Two will explore talent management and retention; feedback and reviews; maximizing diversity, the importance of a four-year degree and the workplace of the future. The authoritative panelists are Matt Strode, Chief Talent Officer for URBN, the collective of Urban Outfitters, Anthropologie and Free People; Rebecca Seidenstein, Chief People Officer at Rag & Bone; Christine Clay, Global Head of Talent Acquisition at Eventbrite, formerly of Lululemon; Sara Nathanson, Vice President of Talent Acquisition for Aritzia in Canada; Jacqui Marcus, Senior Vice President of Talent at Tory Burch; and David Ard, Chief People Officer at Equinox.

Recruiters are increasingly alert to the danger of losing out on the best people, and Ard even describes the current situation as a “modern-day gold rush where talent are in control. If they’re good enough, they’ll get an opportunity anywhere.” But as boomers, millennials, and Gen Xers together form the talent pool within most workforces today, the question arises if recruiters are employing different strategies to attract, retain or develop talent in order to strike gold themselves?

“Until very recently in our offices in US, England, China, 90% of the resources were dedicated to recruitment,” says Strode, “and only 10% to other training etc. But in the last couple of years, much of it has been shifted into the training route. Whether due to culture, environment, leadership, or aesthetic, if you have a hard landing in an organization, you’re not going to be successful.” Traditionally the fast pace of competitive workplaces meant that you were required to hit the ground running but this is now viewed as a mistake. The necessity is to empower managers to help create those soft landings through training, exposure to different methods of working, with the objective being to breed confidence in the new employee which will improve the organization as a whole. No one should be rushing to judgement within the first few months on whether a hire is working out.

“Talent wants to feel that companies are investing in them,” says Strode, “and the only way to do that is through time and through resources. especially if our goal is to hire diverse people from different walks of life, there’s an adjustment period.” 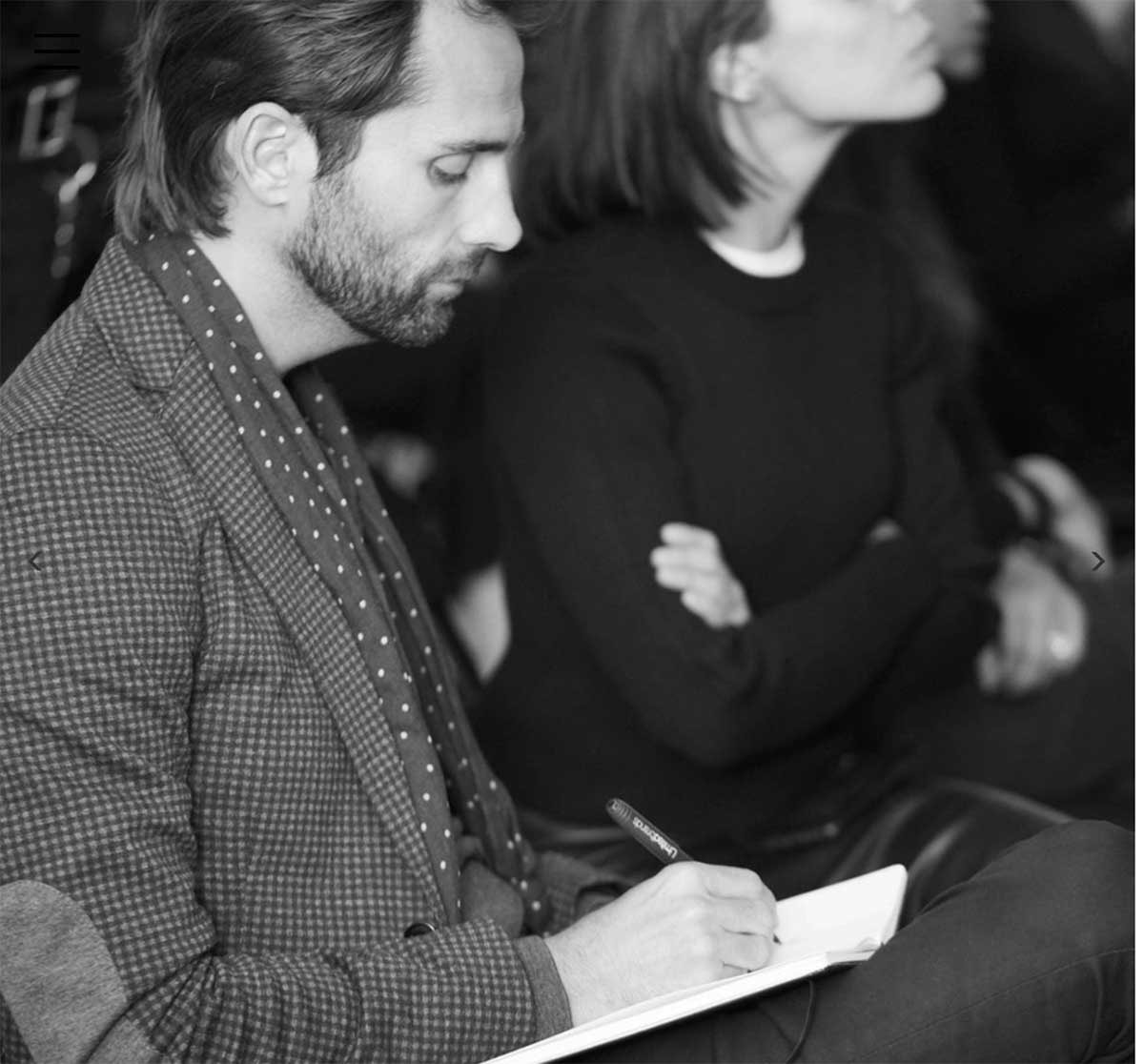 Studies have shown that millennials tend to seek feedback much more than previous generations, which has forced companies to review themselves.

“We have made a shift,” says Marcus. “Feedback can’t just come from the manager or direct supervisor anymore, that’s just one lens. Most of our teams work really intensively cross-functionally. You have to furnish several viewpoints. We’re trying to implement a true 360 view so that people really know where they stand as opposed to the old days where your direct supervisor might give great reports but your co-workers don’t enjoy working with you.”

Lululemon is one company with a reputation for in-the-moment feedback which can come from many directions and cover everything from management skills, to how a manager treated an assistant, what they said, how it made someone feel. Says Clay, “We had weekly one-on-ones, very informal check-ins, twice a year performance reviews and evaluations, it was consistent feedback.” The company’s confessional style “clearings” are designed to prevent toxic buildup of unresolved issues which might impact employee performance. “If you’ve had a rough day, you get it out and lay it out on the table,” says Clay. “Sometimes entire meetings can be clearings.” For members of previous generations this would certainly have been uncomfortable, too personal, but Clay adds, “Feedback’s not bad, it has a negative connotation but it can be really great. It’s a practice, it’s a muscle.”

“Feedback used to be viewed as negative,” agrees Nathanson, “but it’s almost as valuable to this generation as the merit raise. This generation really wants to understand where they stand, what their growth trajectory looks like, what it’s going to take to get there, and they don’t receive it in a way that is negative.”

Managers must acquire the skills to provide these touchpoints, and at Urban Outfitters that training program is one of the most enrolled. “You have to tailor your management to the individual,” says Strode. “We have kind of abolished the yearly review because the training has empowered our managers to have that conversation and deliver that feedback in-the-moment so that there are no surprises.”

When considering diversity efforts within the area of talent acquisition, it is imperative to ask if the company makes people feel like they belong, which starts with defining what diversity means. Ethnicity is still important but it’s also about gender, multi-cultural diversity. In cross-cultural teams, even something as simple as training your ear to understand accents from other parts of the world is critical as our industry opens up and barriers are broken down. Strode encourages companies to look outside typical channels and select the less familiar candidate.“The more anomalies you hire,” he says, “from different backgrounds, different ethnicities, different opinions, the more value is added to the organization.”

One challenge for New York brands representing the diversity of that cultural melting pot of a city might be that their inclusive hiring practices do not translate to middle America, but Ard disputes this line of thinking. “Progressive brands have a responsibility to educate and push the edges a bit,” he says. “We have to play an active role. We want everyone to feel welcome.” 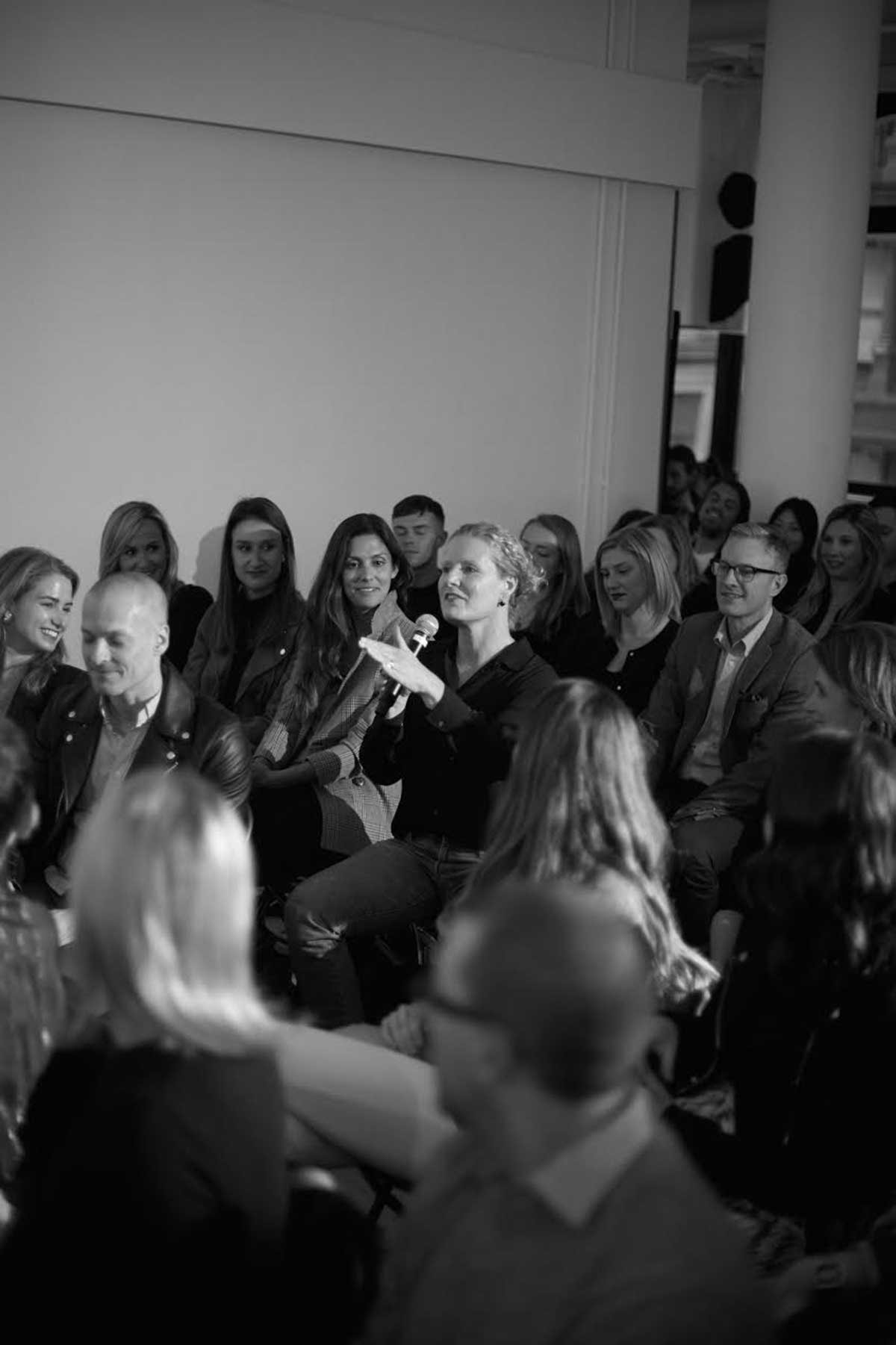 The future of work

Figuring out what the office like will look like 5-10 years from now is very much the preoccupation of talent spotters who must remain on the cutting edge, and as we prepare to enter a new decade organizations are already beginning to structure themselves differently. As retail behemoths topple and the WeWork phenomenon grows, it is predicted that companies trying to be nimbler will get smaller and be operated by a small core group which pulls in creatives, designers, and other talent as needed.

Multi-billion dollar brands are becoming less relevant and the landscape of the next decade will be less welcoming of one-brand companies. The result will be a highly matrixed hybrid business model, with smaller brands banding together and employees answering to multiple bosses. Many people, particularly creatives, don’t want to be full-time employees but may work simultaneously for competing brands.

“But we may also start to see very young CEOs of very large multi-billion dollar companies,” predicts Strode, “which will be interesting because they’ll drag the old guard by the scruff of the neck into the new era.” Recent cases of heads of human resources becoming CEOs is seen as a shift that signals those who know an organization intimately, value it and the culture, and are at the center of its network of people can come to be viewed as natural leaders of the organization.

IFocusing on what employees are best at will be integral to growth “Rather than having a title, it’ll be about identifying an employee’s core skills and pushing them forward to do that,” says Clay. “Knowing where skills lie throughout the company’s entire population creates a fascinating dynamic workplace.”

The importance of a 4-year degree

In the past it has been the golden ticket to the ideal job, but in this time of change, is that still the realty? “It’s not as relevant by a long shot,” says Strode. “Instead we want to find someone with the cultural relevance, an ideator, someone who can add value from a different perspective. That doesn’t necessarily mean going to a 60,000 dollar-a-year liberal arts college. Not that they’re bad, but I think education has to wake up because it feels like the housing bubble and pretty soon it's going to become unattainable for most Americans. People have become successful without it, it's not a prerequisite anymore.”

Furthermore dependence on degrees from elite educational institutions has impeded diversity efforts within companies as potential talent is excluded from the start due to personal, demographic or economic limitations. “The access to those degrees is the big problem,” says Clay. “We’re shooting ourselves in the foot if we want to increase our diversity in talent and we’re only looking at degrees.

“We look at someone who has the ability to start and finish something and education certainly is an example of that,” says Nathanson, “but so is being musical, so is athletics. It’s one factor.” This applies predominantly in the evaluation of entry level candidates but as talent rises in seniority education loses relevance.

As the cost of formal education becomes prohibitive, and schools are closing, companies can also step in and become academies of learning themselves, which demonstrates investment in talent, makes those companies attractive to new talent and encourages employees to stay.

The parting thought centers around how the role of the recruiter will evolve in the next decade, to which Ard offers this: “HR is valuable because we are providing competitive intelligence to allow the organization to stay current. The organization might not do anything with it, and that’s a choice, but part of our responsibility in talent acquisition is to be on the front edge, to constantly be learning and bringing those learnings back to the brand. That’s something only we have the ability to do. To understand why brands are interesting, why people stay, and why they leave.”