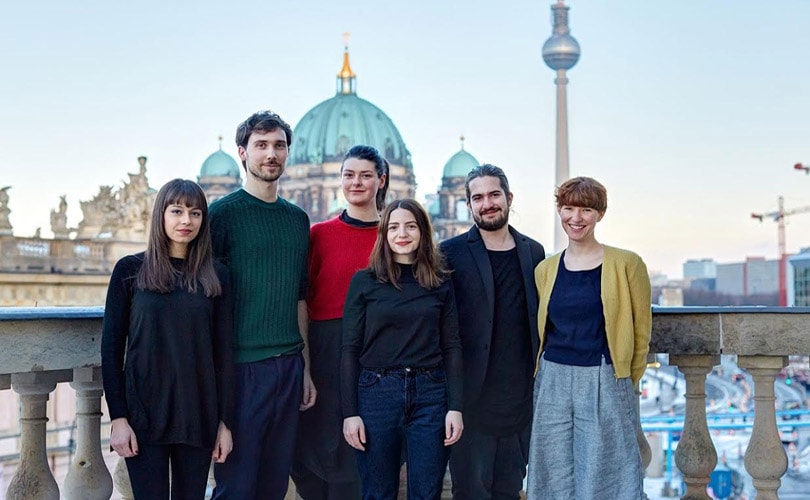 The seven students were selected from a pool of 151 applicants by a jury consisting of experts from the fashion-, retail- and media industry. Members included Antonio Cristaudo (Global Marketing Development Manager for Pitti Uomo), Sébastien Meunier (Artistic Director at Ann Demeulemeester) and Joachim Schirrmacher (SDBI Director). In addition to receiving a monetary prize, which ranges from 1.000 euro to 2.500 euro, all winners were given the chance to participate in SDBI’s Mentoring Programme. In order to be eligible for the competition, participating students were asked to submit a written report of their concept, a mood board, two outfits they designed and their résumé, all of which aligned with the competition's theme of ‘change’. “The scope included these questions: How can fashion react to all the changes wrought by conflicts and catastrophes, globalization and digitalization? What are the visions? Who will ride the wave of change and claim the future,” said SDBI in a statement. The winning designs are set to be presented during Berlin Fashion Week in summer 2016. Simultaneously, the jury will announce at which place the participants ranked and which prize they are set to receive.

As part of the Mentoring Programme students were invited to attend exhibitions by designers such as Vladimir Karaleev, Perret Schaad and Nobi Talai, in order to gain insight into the industry and generate contacts for the future. The winning students also have the opportunity to have their portfolio's evaluated by a group of designers. Finally, the designs that these students submitted for the FASH 2016 Award will be photographed by Franco P. Tettamanti.

The European Fashion Award FASH has been awarded annually since 2005. It is a platform which offers a new generation of designers a chance to kick start their career. Previous winners of the award have continued to work for companies such as Adidas, Hugo Boss or Vivienne Westwood.