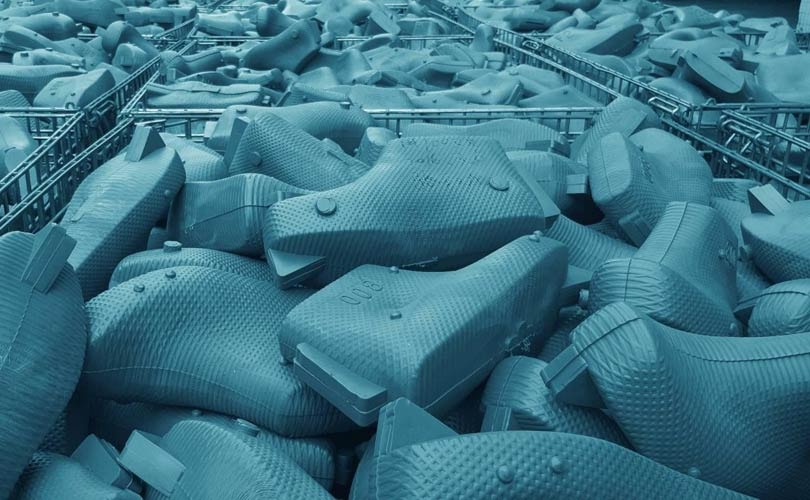 SLEM changes name into The Footwearists

SLEM (Shoes, Leather, Education, Museum), the renowned footwear institution in partnership with the the Dutch Leather and Footwear Museum, based in Waalwijk has rebranded to The Footwearists.

The Slem Waalwijk Total foundation, which represents both the school and the museum was declared bankrupt by the Breda court last week. After previously, on July 13 the local government of Waalwijk announced that they would be realigning their focus to their local audiences, meaning pulling the plug on their financial support of the education institute, inevitably bankrupting SLEM. Nicoline van Enter, creative director at Footwearists and previously SLEM told FashionUnited that the foundation has built up a debt of approximately 400,000 euros, including bank credit.

The Footwearists, which is still made up of the SLEM team will continue their mission, ‘taking over all international consulting and educational programs and expanding them even further’.

The institution is home to the unique, ‘Professional Footwear Innovation’ program, which runs full time for nine months, currently in their seventh edition of the course, which entices students from all over the world.

The program is designed for bachelor graduates and industry professionals who want to further their career in footwear. The nine month course, that ‘provides a multidisciplinary platform’, will restart in October and is split up into four stages - six weeks in Vigevano, Italy, six weeks in Tilburg, the Netherlands and six weeks in the Guangdong province in China, with a short time in Hong Kong. The students will then complete the remaining 17 weeks in a city of their choice, working to either innovate an existing business or start their own company.

Despite the fall of the school, leaving current students with a postponed graduation - the new term brings hope, as Van Enter notes, "the consultancy applications are coming from all over the world and also the applications for training in October are nearly full.”