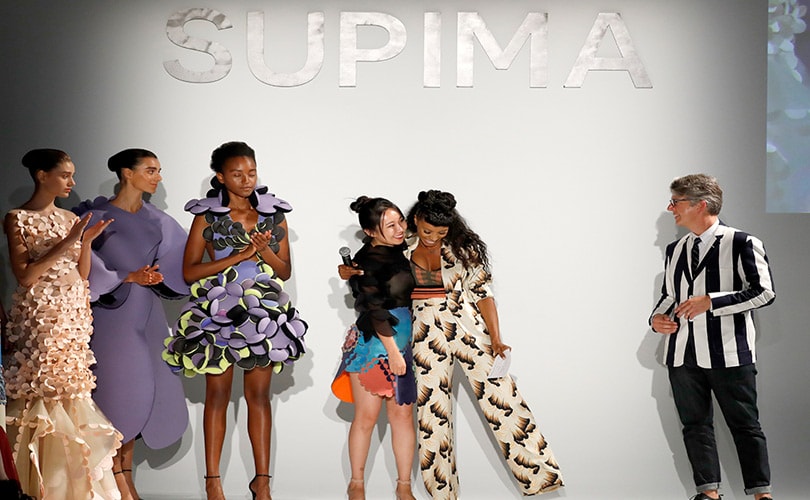 The Supima design competition officially entered its second decade with its runway show on the opening day of NYFW. Vice President of Marketing & Promotions, Buxton Midyette, revealed to FashionUnited backstage that the contest has become more high-profile than ever, not least because they have partnered with that esteemed European competition which also rewards emerging design, Hyères. This year’s crop of students from the U.S. will show alongside Hyères participants in Paris later this month. 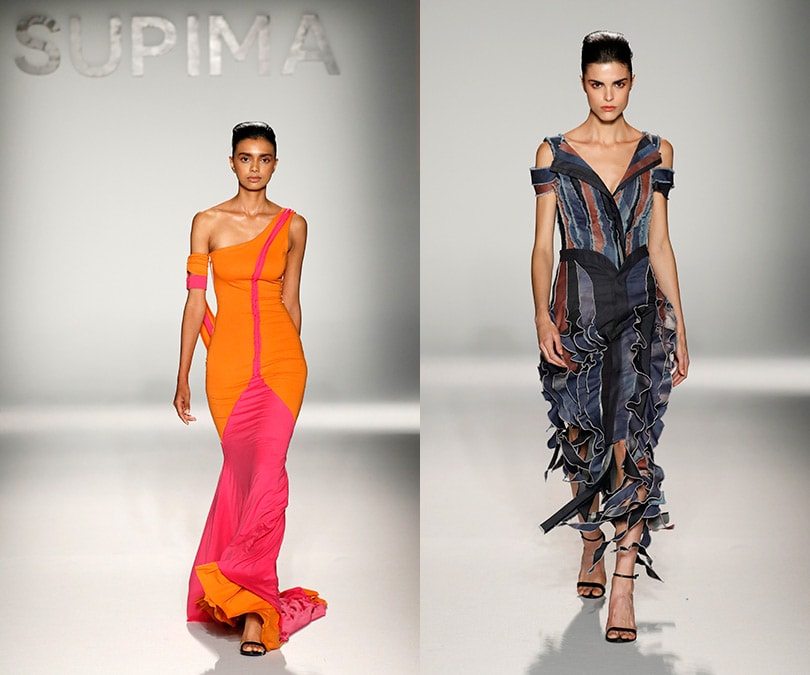 Modeled on the 1954 Wool Secretariat competition that launched the careers of the then-teenaged Yves St. Laurent and Karl Lagerfeld, Supima annually invites one graduate from seven top U.S. schools––students are selected by internal school judging panels–– to create a 5-look eveningwear collection entirely of undyed cotton supplied by Brooks Brothers, Kingpins, Uniqlo, and Lacoste among others. Former Supima Design Competition winners have gone on to launch their own labels, show at New York Fashion Week, and secure jobs with top international labels including Michael Kors, Ralph Lauren and Phillip Lim. 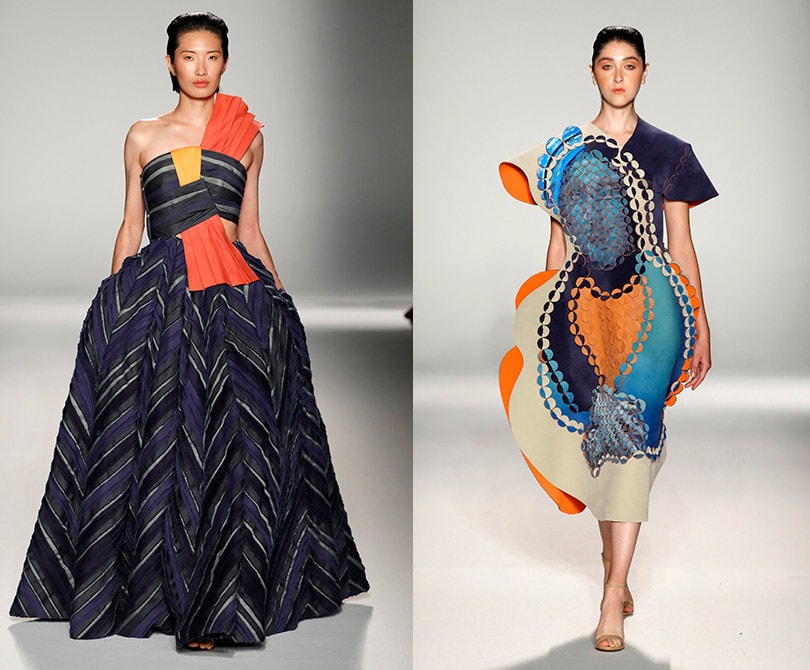 Before the show we also caught up with Bibhu Mohapatra who has mentored the students for the past four years, and he explained what his involvement looks like: “When they select the finalists, we immediately schedule Skype meetings, together we look at all the design work, we edit. Next there are big two days of fittings when all the students are flown to New York and we see the work in progress. But it’s very fluid and I’m always open to communication at any point throughout the six months.”

If there was a piece of advice or word of caution he could give the winner, Mohapatra says, “They should just be very confident in going out into the industry, and really polish their skills under the guidance of a brand or individual, then launch their own line if they want to. But be nice––be nice all through the way through the process, because niceness goes a long way.”

How does he prevent playing favorites or connecting personally with one student’s aesthetic more than the others? “Sometimes something might seem familiar or I relate to it immediately but I try to pull my personal influences and my taste back, and try to give them perspective of someone outside, as if I was a critic, or going to a store to purchase something for my sister. I focus on issues such as how important it is to finish the edges, or insides of the garment. I make sure I relate to each one of them and understand what they’re trying to say, and that’s what’s most exciting and challenging about this whole process.” 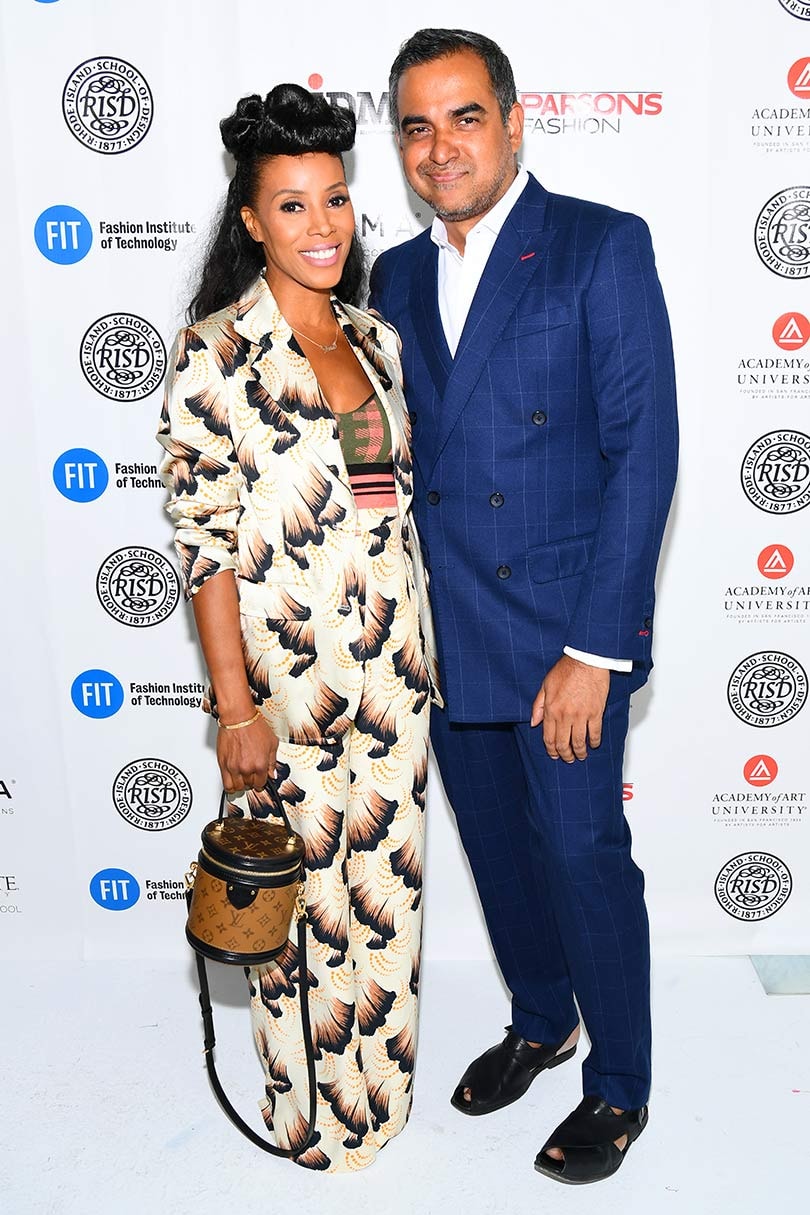