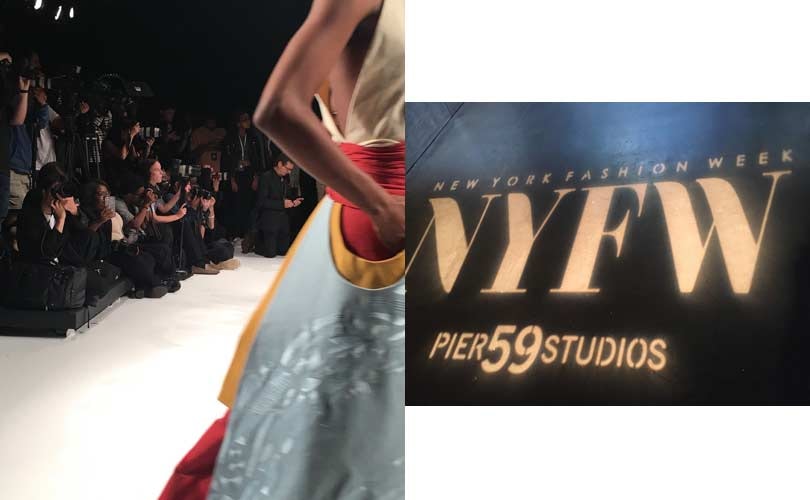 7 designers. 7 schools. 1 winner. 10,000 dollars. This NYFW marks the 10th anniversary of the Supima Design Competition, the contest that pits students from the country’s leading fashion schools against each other to design a five-look collection using the same five core fabrics––shirting, knit, velveteen, twill and denim––the winner of which is announced after the runway show. This year’s judges included Fern Mallis, the founder of fashion week, and a roster of professionals from Allure, Elle, WWD, and the New York Observer among others. The student’s mentor for the third year running was acclaimed designer, Bibhu Mohapatra. 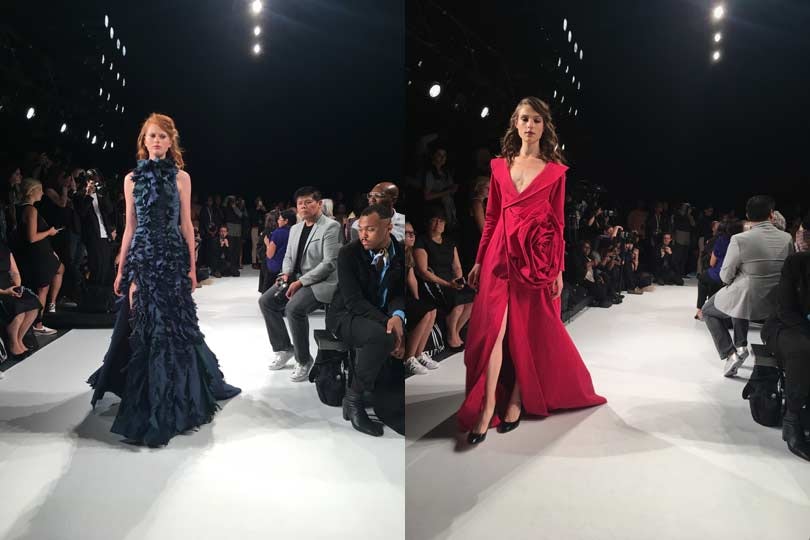 From L.A.’s Fashion Institute of Design and Merchandising, Nancy Hennessey crafted black-tie-occasion corsetry and built roses into sleeve heads or constructed them into the narrowest of pencil skirts. Cinematic allure arrived in the form of a scarlet floor-length twill coat with a sculpted rose blooming ripely from the hip.

Abigail Griswold from Rhode Island School of Design who after injury had to renounce her professional gymnast ambition found a way to stir this now-slumbering passion into her collection through the use of performance mesh, cording, and neoprene, but the contrast of a super-slouchy zippered jumpsuit in breezy shirting was a pleasant addition. 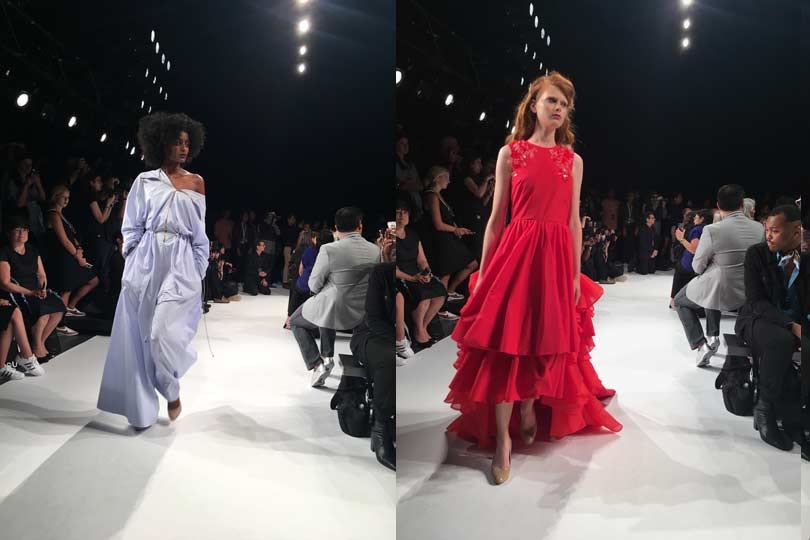 New York’s Fashion Institute of Technology presented Alyssa Wardrop whose artful creations proved to be the most avant-garde of the evening. She hand painted and stitched onto large-scale squares like an artist approaching a canvas. Despite this potentially cumbersome shape, the garments wafted. Oversized twill tunics with dropped shoulders and top stitching, and dresses with arm straps outlined in graphic black evoked Rothko in their controlled placement of color always anchored by a white ground. 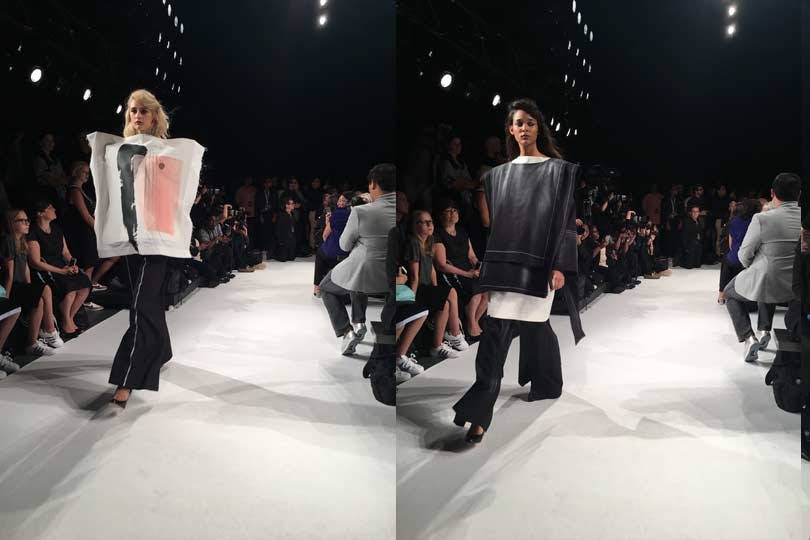 With parents who are engineers, it’s perhaps to be expected that Sarah Johnson from Kent State University cites the importance of attention to detail in her work which featured an abundance of handcraft. A knit draped halter dress in liquidy saffron demonstrated a sophisticated taste level while extensive cartridge pleating suspended on rope and widelegged pants with double pockets and an obi-like belt added exoticism.

Last year’s winning school, Savannah College of Art and Design, nominated Alexandra Pijut to carry the torch this time. She created an airy floor-length asymmetrically draped dress of knit printed in pastel tartan, tucked a prim smocked dress under a tailored blazer, and layered a lemon-hued smocked and corseted dress over a white organza collared shirt for a cute and refined result. 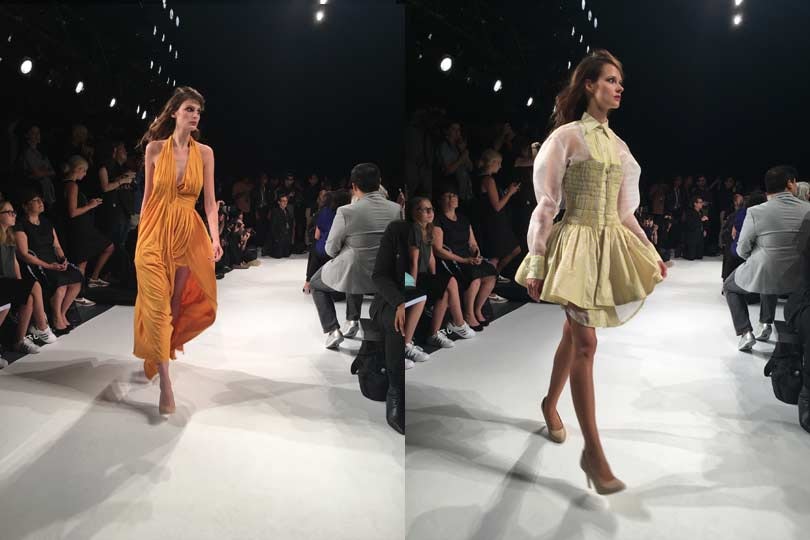 As the lights went up, Supima’s V.P. of Marketing and Promotions, Buxton Midyette joined by his co-host, stylist, June Ambrose, announced with pride the winner of the 10th Annual Supima Design Competition and the prize of 10,000 dollars: Alyssa Wardrop from Fashion Institute of Technology. 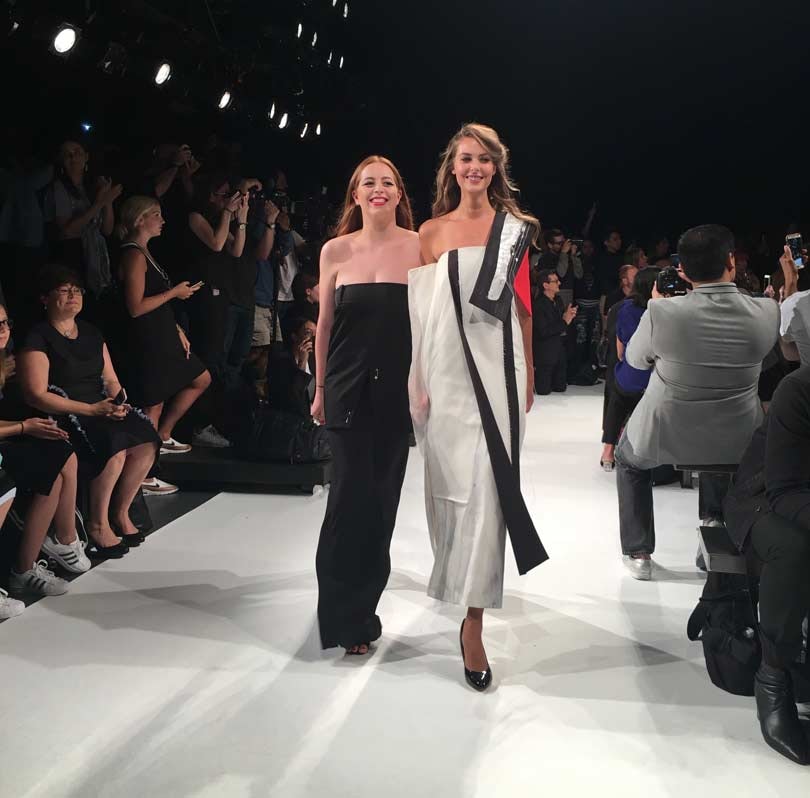