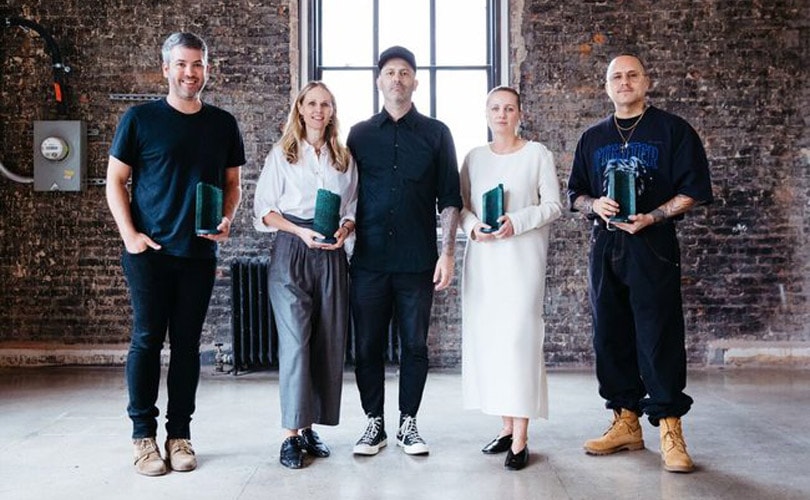 The 2018/19 International Woolmark Prize has announced the 12 finalists who will take part in the global final, set to take place in February 2019 in London, following three semi-final events held in Hong Kong, London and New York.

The first semi-final was held in Hong Kong, where Zhi Chen of I-Am-Chen from China, Mooyeol Lee of Youser from South Korea, Yohei Ohno from Japan, and Angel Chen from China were confirmed as the first four finalists.

They were joined earlier this week by British designers Daniel W. Fletcher, Nicholas Daley and Edward Crutchley, and Cmmn Swdn from Sweden, the four finalists named in London, who will represent Europe.

The final four designers who will be competing for the two Woolmark Prize’s awarded to a menswear and womenswear designer, will be Brandon Maxwell, Colovos, and Willy Chavarria from the United States, and Albus Lumen from Australia, who were announced in New York.

This year’s competition attracted more than 300 applications from across 46 countries, which was shortlisted down to 42 designers globally competing for the 12 grand final sports. The aim of the International Woolmark Prize is to highlight the versatility of merino wool.

Each of the global finalist will receive 70,000 Australian dollars for the development of their business and capsule collection, and over the next few months, they will work on their capsule collections featuring six looks, which will be judged at the February final in London. As well as the cash prize, the finalists will also receiving mentoring support from a global panel of experts, showcasing opportunities and a Woolmark licence.

The Woolmark Company managing director Stuart McCullough said in a press statement: “The International Woolmark Prize has evolved into one of the biggest fashion awards of its calibre and so we have restructured the program to ensure our nominees and finalists receive the highest level of industry support and guidance.

“The exceptional quality demonstrated by this year’s designers not only reinforces the strength of the award but also proves Australian wool’s relevance on the global stage. Wool’s inherent benefits combined with its eco-credentials provide designers with countless possibilities and I am excited to see what innovative designs are showcased at the global final next year.”

Commenting on the entries, designer and former International Woolmark Prize winner Gabriela Hearst, said in a press release: “I thought the level of talent was very impressive, which made it very hard to choose the winners. What really impressed me, beyond design and innovation, was how many designers have sustainability at the core of their brand.” 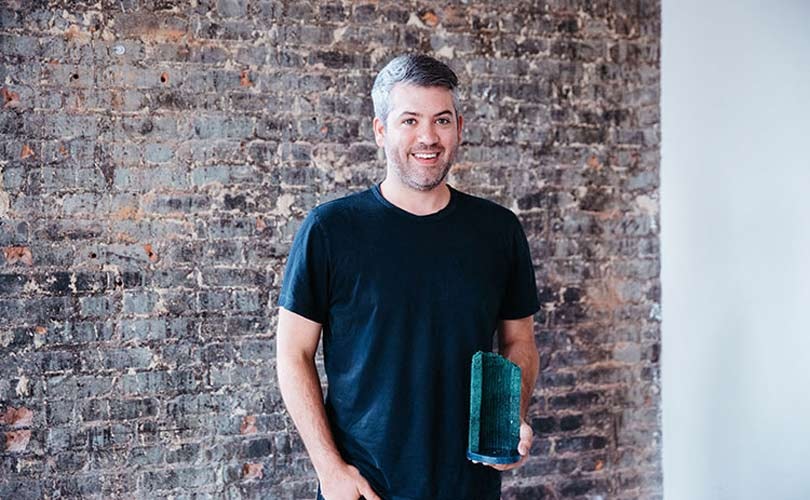 Of the four winners, three were from the US, including Brandon Maxwell, who has received the CFDA Swarovski Award for Womenswear, the Fashion Group International Rising Star Award and was an LVMH Prize finalist.

Maxwell’s collection concept was inspired by the country clubbers, sailors, yachters, golfers and power walkers, and aims to cover the wearer for any activity utilising innovative knitting technology to create seamless, luxury, sportswear garments that are comfortable, fashionable, and high performing, to highlight the technical benefits of wool in the athleisure market.

“It’s really incredible to win this award because wool is not something I necessarily knew a lot about and that took months and months of studying about,” expressed Brandon Maxwell. “It means that we now get to do something in our company that we have been dreaming about.” 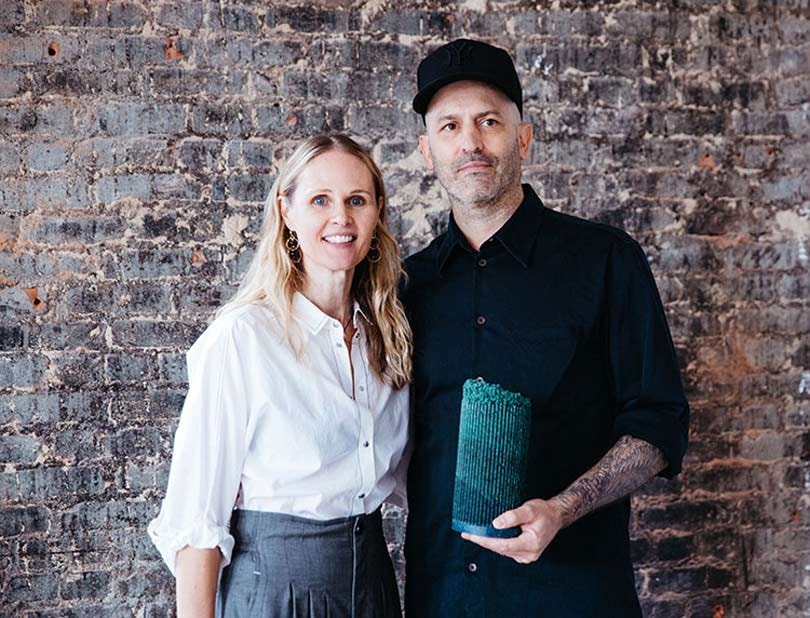 He is joined by womenswear label Colovos, from co-founders Michael and Nicole Colovos, who wowed the judges with their collection that was inspired by classic wool sportswear and workwear throughout history. For the collection, Colovos sourced new wool qualities with innovative weaving techniques and contemporary finishes that evoke the look and feel of other natural fabrics like denim, cotton poplin, and silk, for their lightweight wools.

Commenting on winning a place in the final, Colovos co-founder Michael Colovos said: “Winning this award is amazing and can really help propel our brand, so we are super honoured.”

Nicole Colovos added: “We are overwhelmed but super happy and are excited to be able to bring this collection concept to life.” 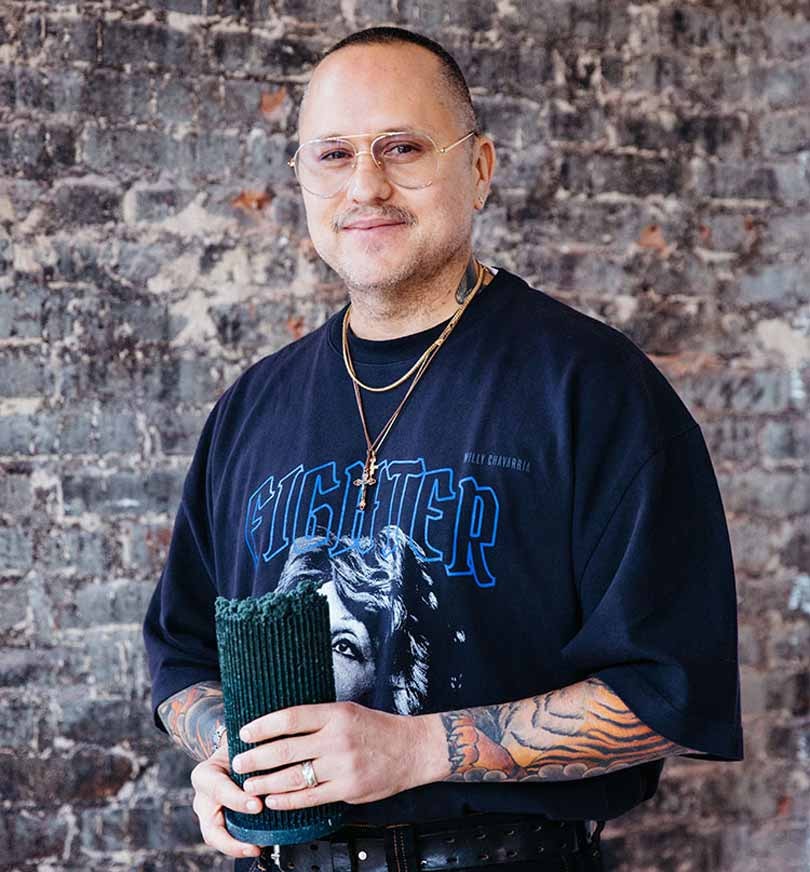 The final American making it to the final is menswear designer Willy Chavarria who presented a sustainable and technically advanced collection inspired by workwear and futurism. He is working with The Bear Scouts and the Suedwolle Group in Germany, to source the best sustainable yarns and suppliers to develop body map base layer garments for both athletic and leisure wear, for his styles that will combine American blue-collar workwear with the function of technical athletic apparel.

“I’m extremely honoured to win this prize and excited to explore some things I had in mind, including exploring European production,” said Willy Chavarria. 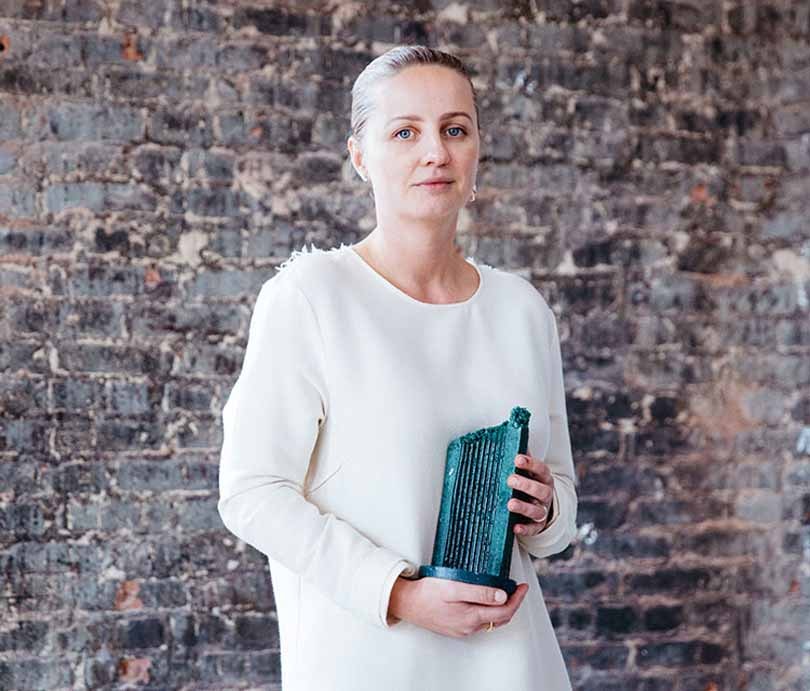 The final semi-finalist is Australian womenswear label Albus Lumen from designer Marino Afonina, who is proposing to use Australian Merino wool in a way that challenges common misconceptions about the fibre while emphasising the brand’s easy, free spirit aesthetic. The all-white capsule collection, titled 'Para Interna' (Latin for Pure Discovery), highlights the lightness of Merino wool and focuses on the textural possibilities of the fabrics.

The final Woolmark Prize awards will be granted to a menswear and a womenswear finalist, who will each win a further 200,000 Australian dollars, as well as further mentorship from international experts to help propel their business to the next stage, a Woolmark license, and the opportunity for their winning collections to be stocked in International Woolmark partner retail stores including Harvey Nichols, Lane Crawford, Mytheresa.com and Hudson’s Bay Co.

In addition, one finalist will also be selected for the second edition of the Innovation Award, which recognises the most innovative and creative wool fabrications, process or development for merino wool. The winner of that prize will receive 100,000 Australian dollars.

The 2018/19 International Woolmark Prize final will take place in London in February 2019.