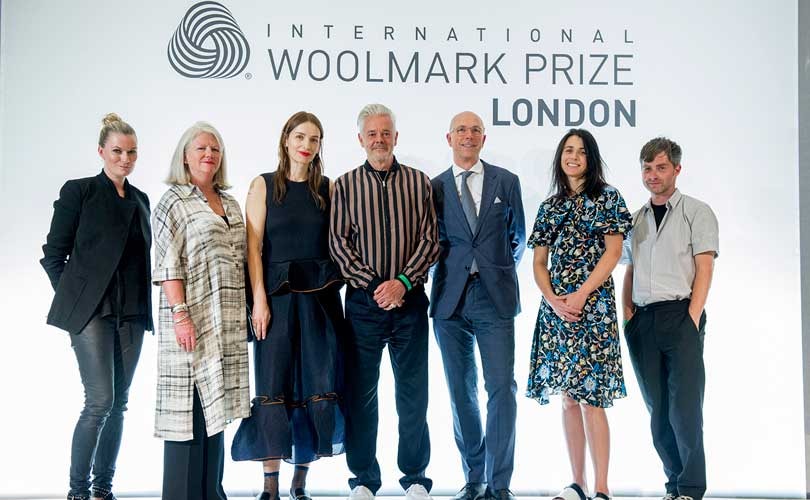 Faustine Steinmetz and Cottweiler have been named the winners of the Woolmark Prize’s British Isles regional competition, and will go on to compete for the international 2016/17 awards early next year.

The winners were announced during a ceremony at the Australian High Commission in London, with Faustine Steinmetz winning the womenswear competition, while Cottweiler, designed by Ben Cottrell and Matthew Dainty, took the award for menswear.

Faustine Steinmetz, impressed judges including designer Roksanda Ilincic and Dylan Jones, with her womenswear piece that featured raw Merino wool fibre that was dyed it in different shades of indigo before felting it onto a Merino base fabric. 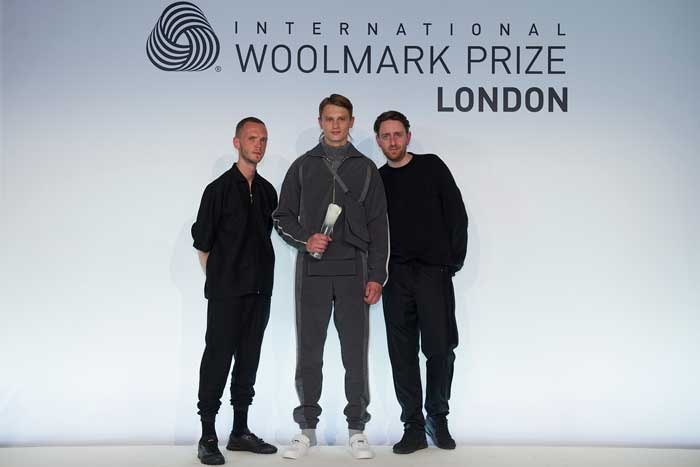 "Faustine showed incredible creativity and an almost couture-like technique with her approach to the look and the wool fibre," said Roksanda Ilincic. "There was scalability from something that was more artistic and experimental to something that is commercial, which was one of the great points of her collection.”

Commenting on her win, Steinmetz added: "It feels so startling to have won and I'm really happy. Wool is the most versatile material and I'm excited to develop this collection for the international final.”

For their winning menswear look, designers Ben Cottrell and Matthew Dainty from Cottweiler, worked with an Italian mill that specialising in technical, high-performance sportswear to create their signature Cottweiler tracksuit that bonded 95 percent merino wool to a nylon merino mix. 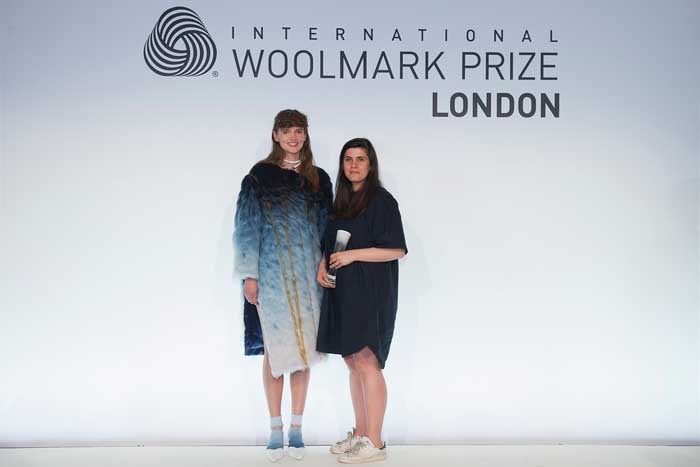 "It's a real honour for us to be able to do our classic look and reimagine it for the prize," the Cottweiler designers explained. "The technical properties of the natural Merino wool allow the garment to be windproof, waterproof and breathable – and all of this in the Cottweiler style.”

Topman creative director Gordon Richardson, who was also on the judging panel, added: "Cottweiler are a young brand but they understand what's happening in menswear now. They have youthful content and were very clever with how they transformed wool in the sportswear arena.

“That's something you don't usually see and the collection was something you want to wear right now. That's the real skill of a designer - they are definitely in the moment.” 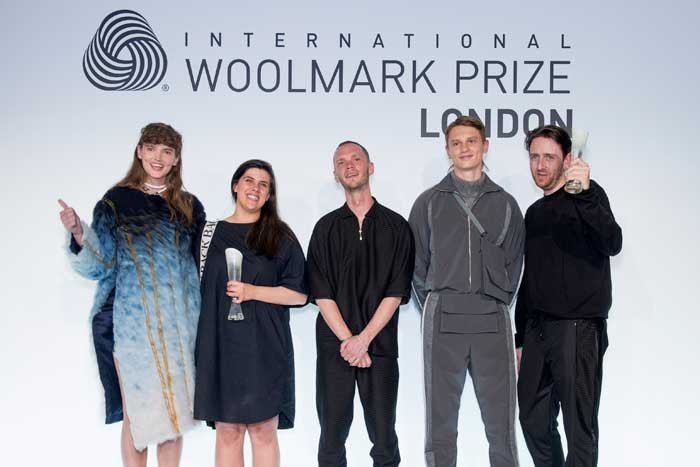 Each label will now receive a financial contribution of 50,000 Australian dollars, approximately 28,617 pounds, to represent the British Isle in the international final, as well as mentoring supporting from a global panel of experts along with a Woolmark licence.

For the next six months, the winning designers will develop a capsule collection in Merino wool, to be showcased at one of two Woolmark events that will highlight the six menswear finalists and six womenswear finalists selected from across the globe.

Cottweiler will compete in the final for menswear during London Collections: Men in January 2017, while Faustine Steinmetz will take part in the womenswear final to be held in Paris, also in January 2017.

If they are both crowned the international winners early next year they will receive a further 100,000 Australian dollars, approximately 57,234 pounds, to assist with fabric sourcing and marketing of their collection. The winner will also have the opportunity to have their collections stocked at retailers including Harvey Nichols, David Jones in Australia, Verso in Belgium, Leclaireur in Paris, Boon the Shop in South Korea, The Papilion in Indonesia, and Boutique 1 in the United Arab Emirates, as well online through MyTheresa.com and Matchesfashion.com.

"Both winners displayed an innate understanding of the fibre, a keen commercial sensibility, and a great design aesthetic," said judge Dylan Jones. "They both appear to have the ability to turn their designs and Merino wool into successful retail collections.”