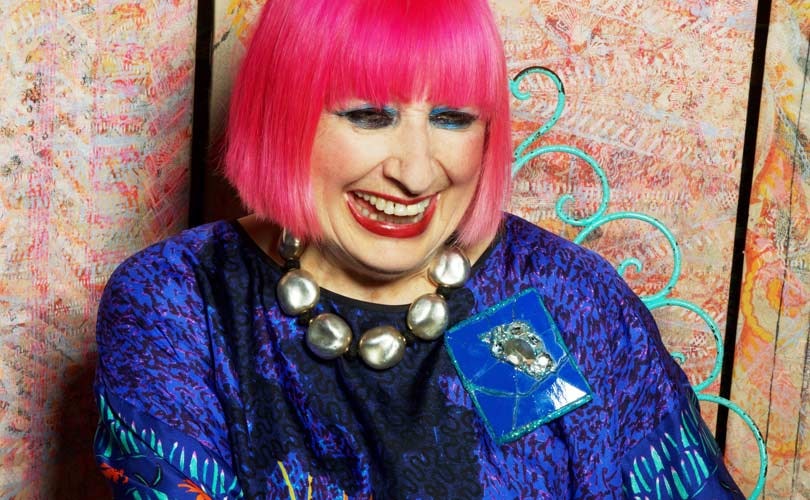 Dame Zandra Rhodes has been announced as a new lifetime patron of the Graduate Fashion Foundation, which will see the British fashion designer taking part in Graduate Fashion Week’s Gala Award Show in June.

As part of her role, Rhodes will be a judge for Graduate Fashion Week 2019 and will be helping to launch this year’s graduate’s careers by increasing exposure of the weeklong event and offer vital advice and guidance, as well as promoting the charity to fashion houses and retail brands.

Rhodes marks the Graduate Fashion Foundation’s seventh Lifetime Patron, alongside Christopher Bailey, Victoria Beckham, Vivienne Westwood, and Nick Knight who were all appointed in 2016 during the charities 25th anniversary as well as Diane von Furstenberg and Nadja Swarovski who were appointed in 2018.

Dame Zandra Rhodes, said in a statement: “I have become a Patron for Graduate Fashion Foundation because I think it is a very important cause, supporting upcoming talent across the UK and internationally. My good friend Hilary Alexander asked me to get involved and it was a no-brainer! I think UK colleges are the best in the world and graduates and UK talent need this visibility which the charity offers.”

Rhodes has been an iconic figure within the UK fashion industry, best known as a pioneer of British Punk fashion with her use of bold prints, strong feminine patterns and a theatrical use of colour. This spring 2019 she celebrated her 50th year of the brand.

Martyn Roberts, managing director of Graduate Fashion Week, added: “We are delighted and privileged to announce that Dame Zandra Rhodes will join us as a Lifetime Patron. Zandra Rhode’s work has had a huge influence on fashion and British culture over her long spanning career. Her story is an inspiration to graduates to keep persevering and proof that hard-work pays off in the industry. Her influence on the judging panel is hugely welcomed by the charity.”

Graduate Fashion Week is the world’s largest event for BA Fashion talent and this year’s event will be take place from June 2 - 5 at The Old Truman Brewery in London.